All-sky cameras installed across Western Canada will watch for falling meteorites and quickly alert scientists where they’re likely to land. 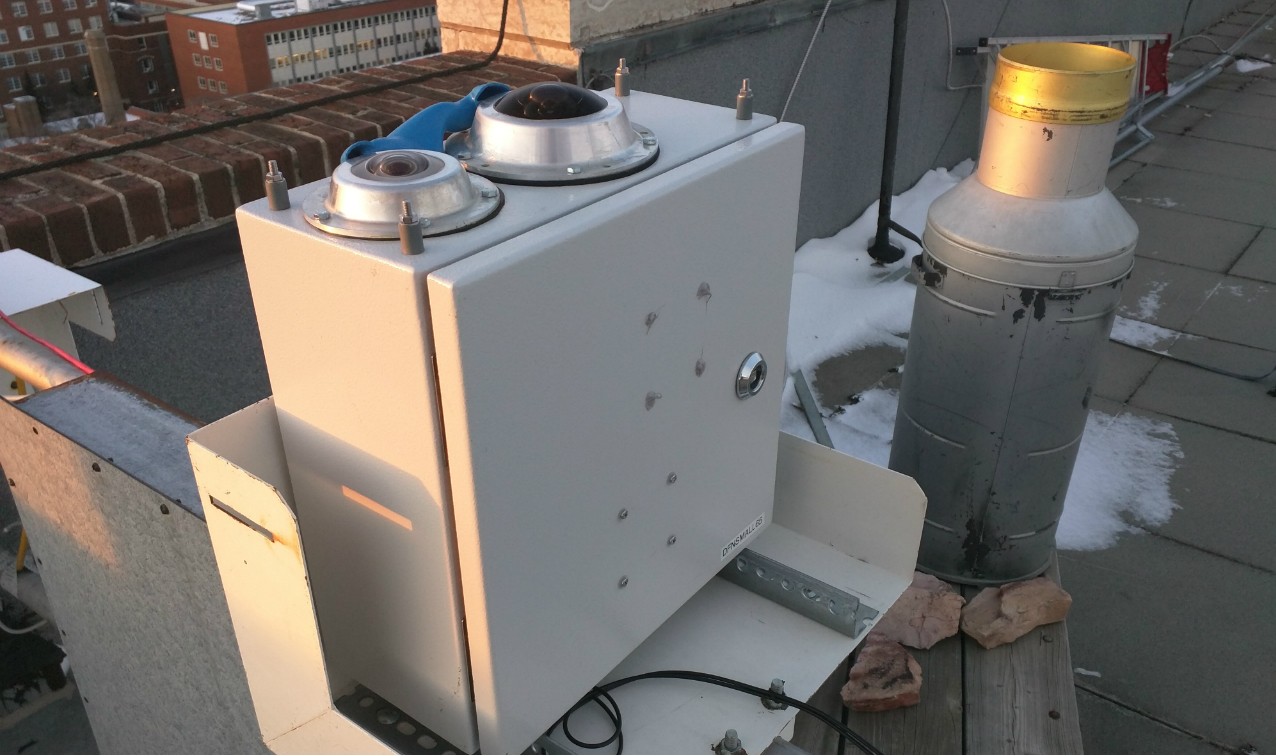 A network of all-sky cameras like this one mounted on the roof of the Henry Marshall Tory Building at the U of A will monitor the skies of Western Canada for meteorites and allow scientists to find and preserve the remnants much more quickly. (Photo: Chris Herd)

It took almost a week to find meteorites, including the Buzzard Coulee meteorite, from the fireball that blazed across the prairie sky in November 2008.

But now, thanks to new state-of-the-art all-sky cameras being installed in Western Canada that will allow for the automated detection of meteorite-dropping fireballs, it shouldn’t take more than a couple of days.

Chris Herd, a University of Alberta geologist who studies planets and their moons, explained that the advanced technology allows scientists to detect fireballs as they streak across the sky and triangulate the landing location of any meteorites that make it to Earth’s surface.

“The system is so good at narrowing the search area—to within a few hundred metres—that there exists the real potential to find samples within a couple of days, assuming the fall area is not so remote as to be inaccessible,” said Herd.

Scientists can then collect the meteorites from the ground more rapidly, resulting in better-preserved meteorite samples and improved scientific analysis.

“The faster we can get the rocks and bring them to our curation facility, the better the science we can do as a result,” explained Herd, who is also the curator of the University of Alberta Meteorite Collection, one of the world’s top facilities for preserving and studying meteorites.

The cameras are provided through an Australian Research Council grant to Phil Bland of Curtin University, in partnership with the U of A.

Over the next two years, Herd and his colleagues will deploy units across Alberta, eastern British Columbia and western Saskatchewan, with the long-term goal of expanding from the Rocky Mountains to Manitoba.

“The idea in the first year is to cover Alberta,” said Herd. “We’ll place about a dozen cameras spaced about 150 km apart across the province.”

Thus far, Herd and his colleagues have identified Albertan locations including Lake Louise Ski Resort, Lakeland College in Vermillion, Athabasca University and the U of A’s own Miquelon Lake Research Station.

The most recent camera installation took place in October 2018 at the Applied Research Station at Lakeland College, an ideal location because of its dark skies as well as Lakeland’s research expertise and state-of-the-art network connectivity at the site.

Each location will have two cameras—one for taking video and another for taking still photos. They will be connected to supercomputers in Australia, which will analyze the data and notify of the potential meteorite fall area within an hour of the event.

The network in Western Canada will be part of a larger global network, including similar systems in Australia, Morocco, the United Kingdom and the United States, and within Canada in southern Ontario.