Funding comes as part of $50-million provincial investment that will add 3,000 tech-related spots across Alberta over the next five years. 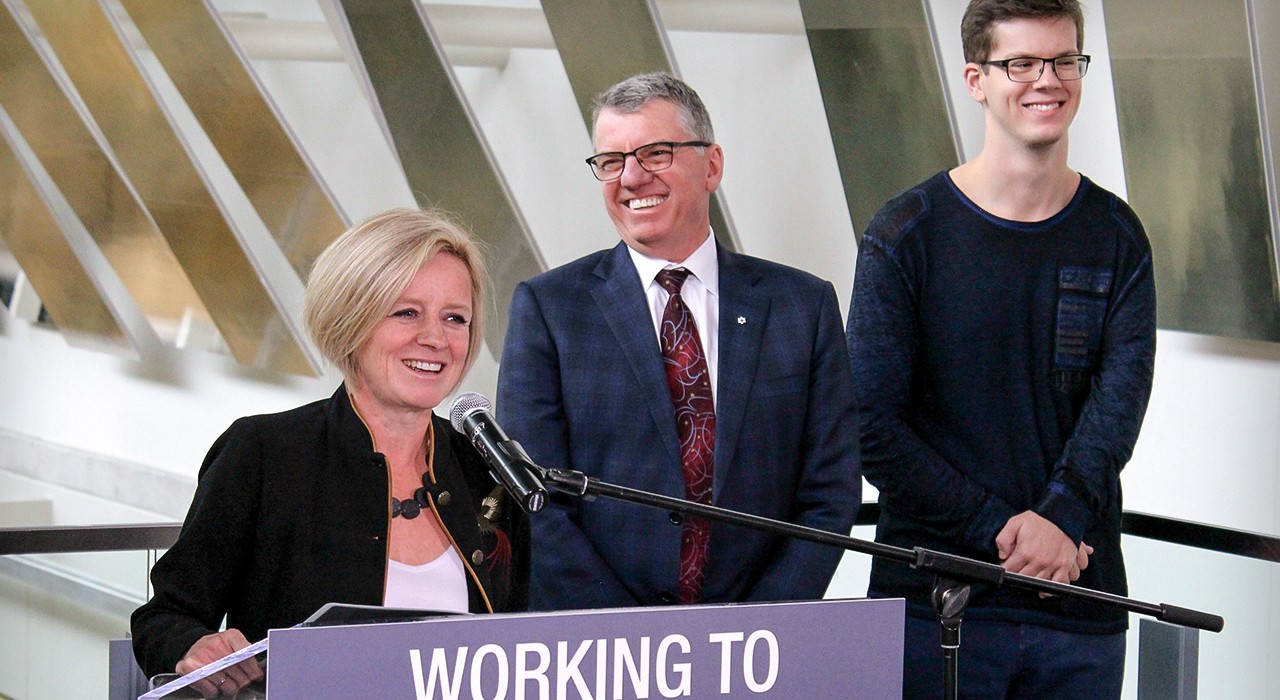 When Jarrett Knauer was only a few months into his chosen career path, it dawned on him that just a slight shift in educational direction would multiply his options.

“When you actually start to work and see the other technologies that are in the workforce and how things really are evolving across all the science industries, especially how it relates to the application of computer science, I knew that was a field that I wanted to be part of,” said the young man who trained at the University of Alberta as a laboratory scientist.

However, most institutions across Canada are overrun with computing science hopefuls and have made it clear their first obligation is to train those coming out of high school who don’t have a degree.

Now, thanks to part of a five-year, $50-million investment, the provincial government has enabled the U of A to add 25 new student spaces to its computing science after-degree program.

“Thanks to this initiative, I really have a second chance at not only learning new skills but building on the skills of my first degree and pursuing the career that I want, and not limiting my options,” he said.

Alberta Premier Rachel Notley, who was at the U of A with Advanced Education Minister Marlin Schmidt today to announce the new funding, said the program will immediately result in 400 tech seats for post-secondary students across Alberta, including 169 in Edmonton.

By 2023, at least 3,000 new tech-related seats will be added to post-secondary institutions across the province to prepare Albertans for a more diversified and tech-savvy economy.

“Through the downturn, we chose to maintain strong funding for Alberta post-secondary schools,” said Notley. “Post-secondary funding in Alberta has seen deep cuts before and it doesn’t work.

“This investment will ensure the province’s ongoing economic recovery is built to last.”

U of A president David Turpin applauded the decision to expand provincewide education efforts to support a growing tech sector, a leader of which is the U of A’s Department of Computing Science, which he said “is simply regarded as one of the finest in the world.”

He added, “There’s enormous potential for growth in Alberta’s tech fields and industries, and that begins with educated people.”