U of A-led research produces new tools for primary care teams on the front lines of Canada’s opioid crisis. 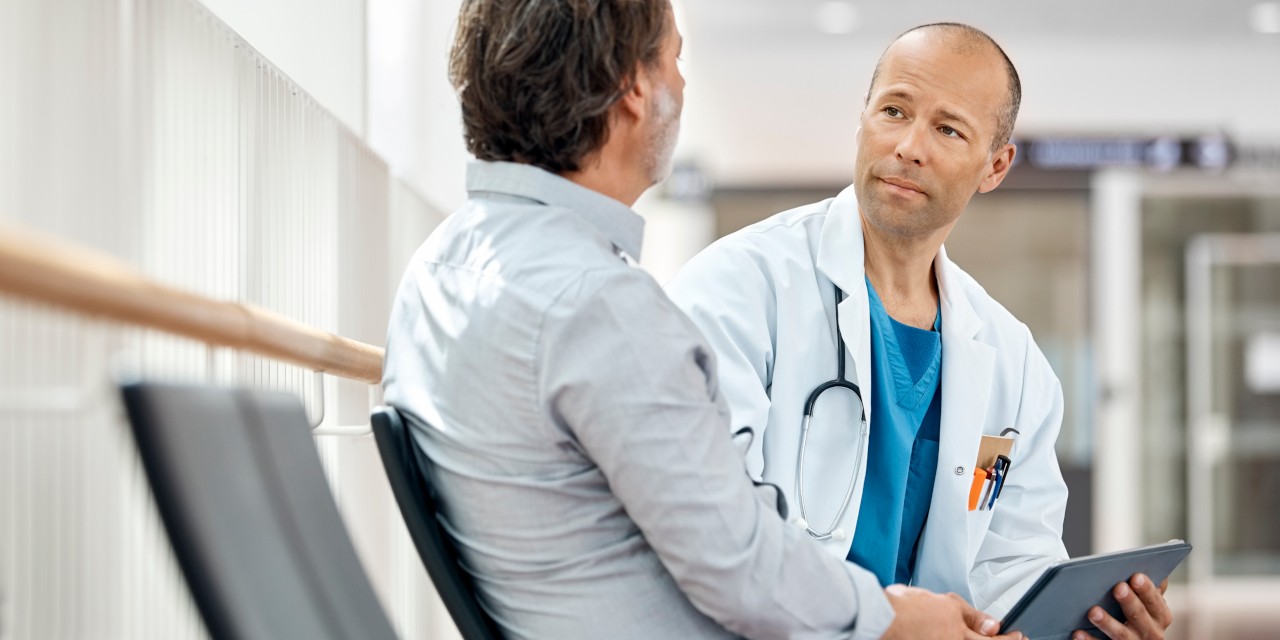 Patients who seek help from their family doctor for opioid dependence are more likely to stick with treatment than those who go to specialized addiction treatment centres, according to a research review used to develop new guidelines for treating opioid use disorder. (Photo: Getty Images)

Patients who see their family doctors for help with opioid dependence are more likely to stick with their treatment than those who are treated in specialized addiction centres, according to a new study led by a University of Alberta medical researcher.

Tina Korownyk headed a team of family physicians, pain and addictions experts, a pharmacist, nurse practitioner, psychiatrist and a person with lived experience from Alberta and across the country that reviewed the best evidence to date to develop new guidelines, released today, for the treatment of opioid use disorder.

“The first question we asked was should primary care even be treating this or should it only be our addictions specialist colleagues?” explained Korownyk, a practising family doctor who is also director of PEER, the U of A’s evidence-based medicine group, and co-director of the Alberta College of Family Physicians Evidence and Continuing Professional Development Program.

“While some primary care physicians have embraced the opportunity to treat patients with opioid use disorder, others express concern that they haven't received formal addictions training and question whether they are going to be able to provide optimal care to their patients."

The systematic review of randomized controlled studies on the topic showed that 86 per cent of patients adhered to their treatment program in primary care, compared with 67 per cent in specialized clinics. The researchers also found that more primary care patients were able to abstain from using street opioids, and primary care patients reported more satisfaction with their care than those in addictions centres.

“In primary care, there are a number of things that we don’t have the tools to treat very well, but here we have medications that do have evidence of benefit. There is something that we can do,” said Korownyk.

Opioids are a class of drug prescribed to relieve pain but they can also produce euphoria, which is what makes them addictive. Opioids include heroin, oxycodone, hydromorphone (Dilaudid), fentanyl and Percocet.

Provincial figures show 746 Albertans died from apparent accidental opioid poisoning in 2018. At the same time, figures quoted in the study show that one in eight Canadians receives an opioid prescription each year and that a five-day prescription can be enough to lead to addiction.

“It’s sobering when you think two deaths per day are occurring because of this,” said Korownyk. “To put that in context, approximately 100 people died from influenza in Alberta last year.”

Korownyk explained that one of the most difficult steps for family doctors is diagnosing problem opioid use in patients with chronic pain. The review team looked at more than 50 studies that used 16 different tools and 23 diagnostic criteria to help determine when a patient has crossed the line from opioid use into addiction.

“It’s complicated and the science isn’t clear, especially for patients with chronic pain,” noted Korownyk. “You may have a patient with chronic pain who keeps coming in and saying, ‘I need more opioids, my pain’s not controlled.’ Well, where’s the line where you say your pain is just not well controlled, there is a problem, you have an opioid use disorder.”

The guidelines provide a six-point questionnaire for doctors and patients to go through together to determine whether opioid use disorder has developed. Once a patient has been diagnosed, the guidelines help physicians determine which treatment to use.

The study showed drug treatments such as methadone and buprenorphine-naloxone are more effective than non-drug treatments or placebos, and they should be considered long-term treatments rather than trying to taper patients off the drugs. The team recommended against using cannabinoids due to lack of evidence of their effectiveness.

The guidelines aim to remove some of the barriers that family physicians find keep their patients from succeeding with treatment. For example, while urine tests are recommended to check for opioid use, no required frequency is recommended for the tests.

Similarly, while it is often required that drug treatments are taken in the presence of a pharmacist or a physician, the guidelines suggest physicians prescribe take-home doses for stable patients. Psychosocial counselling is encouraged as an effective supplement for patients who are taking pharmacological treatment, but it is not necessary for positive outcomes.

The guidelines also suggest using positive rather than negative reinforcement for non-compliance.

“In the past, if a patient on drug treatment had opioids in their urine, their treatment dose might have been reduced,” said Korownyk. “The evidence suggests it just makes patients more likely to leave the program.

“Compare that to a diabetic. If they came in and their sugars weren’t well controlled, I’m not going to reduce their insulin. It tells me their treatment needs to be optimized."

The new guidelines and tools for practice, which build on guidelines produced by the Canadian Research Initiative in Substance Misuse in 2018 and the B.C. government in 2017, will be distributed to more than 30,000 Canadian family doctors.

Korownyk and others are travelling the province to present the guidelines to doctors in communities throughout Alberta. In collaboration with the Alberta College of Family Physicians mentorship program, members of PEER have already visited St. Paul, Grande Prairie and Fort McMurray and plan to go to Brooks, Viking, Drumheller and other smaller centres over the next few months. Korownyk will be part of a national webcast about the guidelines in conjunction with the College of Family Physicians of Canada in June.

“Primary care physicians need to be aware that if there are patients in their practice with this disorder, they can really help those patients. And if we each help a few patients in our practice, then that would make a big difference.”

Korownyk said the guidelines reinforce the important role family doctors and their teams can play in combating the opioid epidemic. She said she hopes the guidelines will give primary care practitioners relevant, accessible evidence to share with their patients, and ultimately give them more confidence in their treatment decisions.

The guideline was funded by Alberta Health as part of its Primary Health Care Opioid Response Initiative and was a collaboration between PEER and the Alberta College of Family Physicians.