U of A’s Housing for Health project will help thousands of Edmonton and Whitecourt residents live healthier by changing their environment. 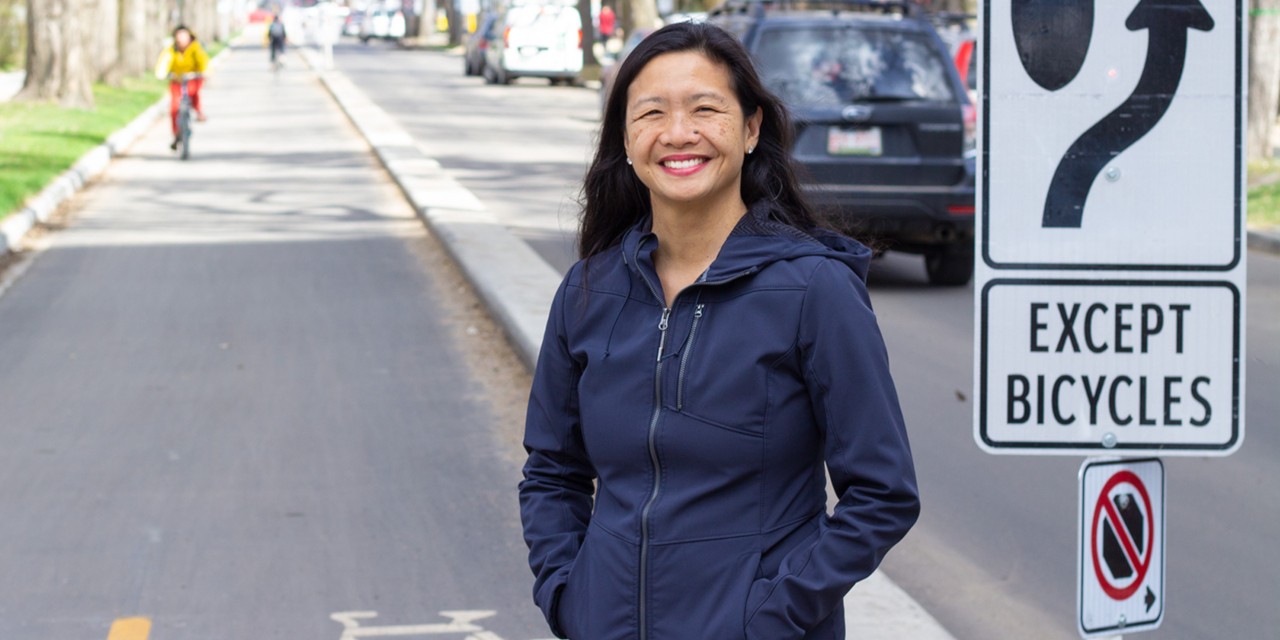 U of A researcher Karen Lee leads the Housing for Health project, which will see two sites built in Edmonton and Whitecourt that incorporate features that promote physical activity, healthy eating and community involvement by residents. (Photo: Ryan O'Byrne)

More than 4,000 Albertans will have their lives changed for the better thanks to a new University of Alberta project focusing on building healthier communities for Alberta’s aging population.

The Housing for Health project, announced today and led by U of A medical researcher Karen Lee, will see two sites, one each in Edmonton and Whitecourt, developed as pilot projects that incorporate active-design features to help increase physical activity, healthy eating and a sense of community involvement.

The project brings together academics, health-care providers, housing developers, and multiple government and community partners to collaborate in the planning and design of the developments. The working group will meet in the next few weeks, develop a plan of action and present it to the developers who are partners in the project.

“We can change all the human-made elements of our environments, like neighbourhood design, streets and buildings,” said Lee. “If we approach community design from a health outcomes and well-being perspective, we can potentially reverse epidemics like obesity and chronic diseases, and address issues like social isolation and poor mental health.”

Housing for Health is based on Lee’s previous work as director of the Built Environment & Active Design program for the New York City Department of Health and Mental Hygiene. According to Lee, as part of the City of New York’s comprehensive environmental approach to disease prevention, the life expectancy of the city’s residents increase by more than two years, along with improvements in chronic disease outcomes and reversals in childhood obesity trends.

Lee pointed to the continued rise of health-care costs due to chronic diseases, obesity, unhealthy diets, poor mental health and an aging population as the impetus behind the project.

While health education may help increase awareness of healthier options, Lee said the conversation needs to change to include improving factors outside of the health-care system, like how communities are designed, to make healthier choices easier to make and maintain.

“If you look at how cities responded to epidemics like cholera or tuberculosis in the past, it wasn’t just medical, it was also through improvements to community and building design like sanitation, zoning and building codes,” she said. “So if we want to address the health of a community and save our health-care system by bringing today’s biggest and most expensive health epidemics under control, like obesity or chronic diseases like diabetes, a key piece is how we design, plan and build every aspect of our communities.”

Lee added designing healthier communities can have a ripple effect not only for people concerned about their health, but also for people who want stronger economies and hate traffic.

“If you have neighbourhoods where people can walk or bike to go to the store, work or school, many more people are going to choose those options, meaning fewer cars on the roads and fewer traffic problems,” Lee said. “And in communities where you have more people walking or cycling past retail stores instead of driving, we’ve seen sales go up and store vacancy rates go down.”

The project is already getting significant attention from health organizations, academics and government agencies, many of which have signed on as partners. The Public Health Agency of Canada (PHAC) committed $4.4 million over the next five years to the project from its Healthy Living and Chronic Disease Prevention—Multi-sectoral Partnerships program.

The PHAC funding is kickstarting the expansion of the work in Alberta, Lee said, helping her take the project from the theoretical to the real world.

One of the partners is Christenson Developments, an Alberta-based real estate developer that committed the residential developments to the project and will build them with the advice of the working group. Other notable partners include the Alberta Seniors Communities and Housing Association, the City of Edmonton and the Town of Whitecourt.

“Dr. Lee has brought together such a dynamic, engaged and knowledgeable group of partners that, as a small community, we don’t often get the opportunity to engage with on projects that can have significant long-term impacts for our residents,” said Maryann Chichak, mayor of Whitecourt.

“I think there are going to see some really valuable learnings from this project that we can use to grow Whitecourt in the future. That’s what I’m most excited about,” she said.

Over the next five years, Lee and her team will work with municipal leaders and residents to identify active living features that can be integrated into the Edmonton and Whitecourt neighbourhoods, address barriers to active living in the area and develop strategies to help residents get better access to healthy foods and beverages.

The team will also monitor and evaluate the health of the residents in the developments and will work with partners to explore health-promoting guidelines that may be used in future developments.

Lee said she wants the project to lead to better health outcomes for residents of the developments, as well as the surrounding neighbourhoods. She also wants the project to lead to a better understanding of how this type of healthy community design model can be scaled up and become an industry standard when developing new neighbourhoods, or renovating existing ones to make them healthier.

“Research shows us that if we build a more walkable environment, people walk more,“ Lee said. “If stores near them sell healthy food, they tend to eat healthier and have lower weight. We know people are trying to make healthy behaviour changes year after year, and making simple change to our environments can help them achieve success.”