Study yields new understanding of the origin of kimberlites—and potentially where to search for more. 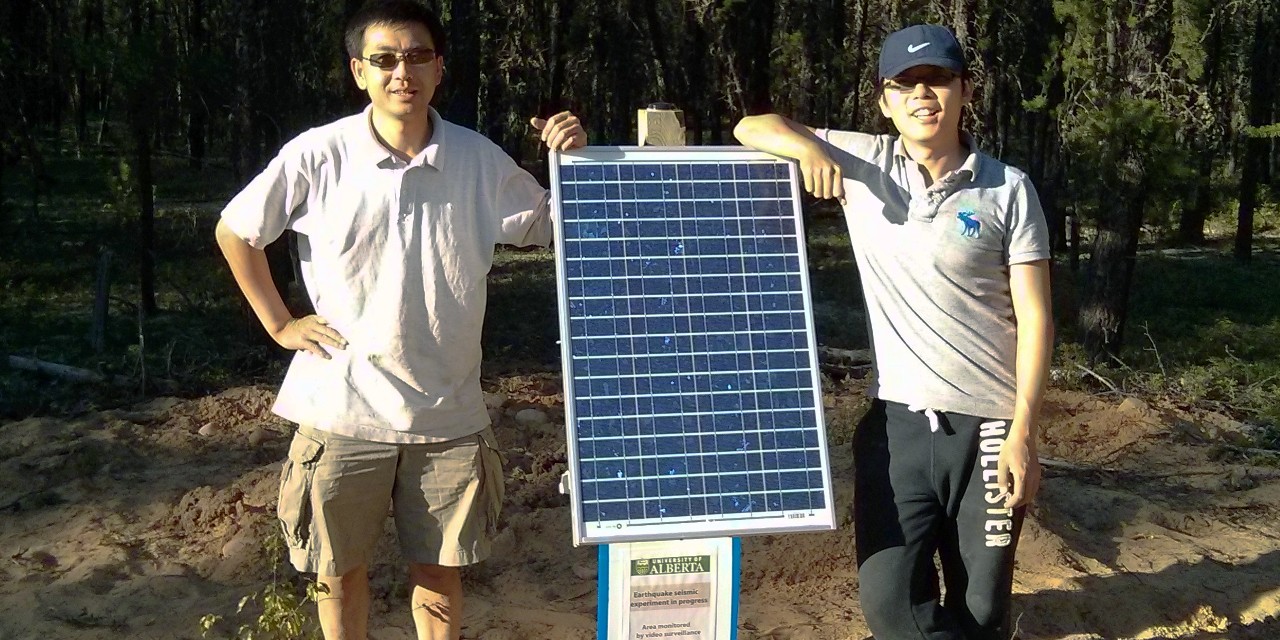 U of A geologists Jeffrey Gu (left) and Yunfeng Chen at a data collection site near Fort Mackay, Alberta. The researchers used geological and seismic data to develop a new theory of how diamond-bearing rocks called kimberlites formed in northern Alberta. (Photo: Supplied)

A study by University of Alberta geologists provides a new explanation for the eruption of diamond-bearing kimberlites in northern Alberta, and may provide insight for those on the hunt for other deposits in the region.

The research demonstrates that 70 to 90 million years ago, the movement of an ancient slab of oceanic rocks buried hundreds of kilometres beneath Earth’s surface caused the eruption of diamond-bearing kimberlite in northern Alberta.

“We’re able to provide a new theory about why we have diamond-bearing kimberlites in northern Alberta, which has been a source of debate for decades,” explained Yunfeng Chen, who conducted the research as part of his graduate studies with geophysicist Jeffrey Gu.

“Our work is based on geological, paleomagnetic and seismic data from our collaborators both at the University of Alberta and around the world.”

The model enables scientists to match the seismic structures with the time and location of kimberlite eruptions in the area, explaining how these diamonds came to Earth’s surface in the Late Cretaceous period.

“The kimberlites in northern Alberta were discovered in relatively young parts of Earth’s crust—an unconventional setting for diamond-bearing kimberlites,” added Chen. “This distant location relative to other major kimberlite groups in North America, plus the large variability of compositions, further highlight the complex nature of the origins of kimberlite.”

“What we have observed in northern Alberta is similar to Hawaii,” said Gu. “In both scenarios, a relatively stationary mantle heat source essentially burned through the migrating plates above it, leaving ‘scars’ on the Earth’s surface. Diamonds were carried to the surface through this ‘upwelling’ process.”

A key difference is that the generation of the mantle upwelling in northern Alberta took place no deeper than 700 kilometres below Earth’s surface, whereas the ongoing “plume” that formed the Hawaiian islands appears to have occurred much deeper, at approximately 2,900 kilometres under the surface.

The study also involved researchers from the Commonwealth Scientific and Industrial Research Organization, Curtin University and National Taiwan University, and was supported by grants from the Natural Sciences and Engineering Research Council of Canada and the U of A’s Future Energy Systems.