First-ever federal policy framework, created with help from U of A expert, takes broader view of environmental and cultural factors influencing physical activity. 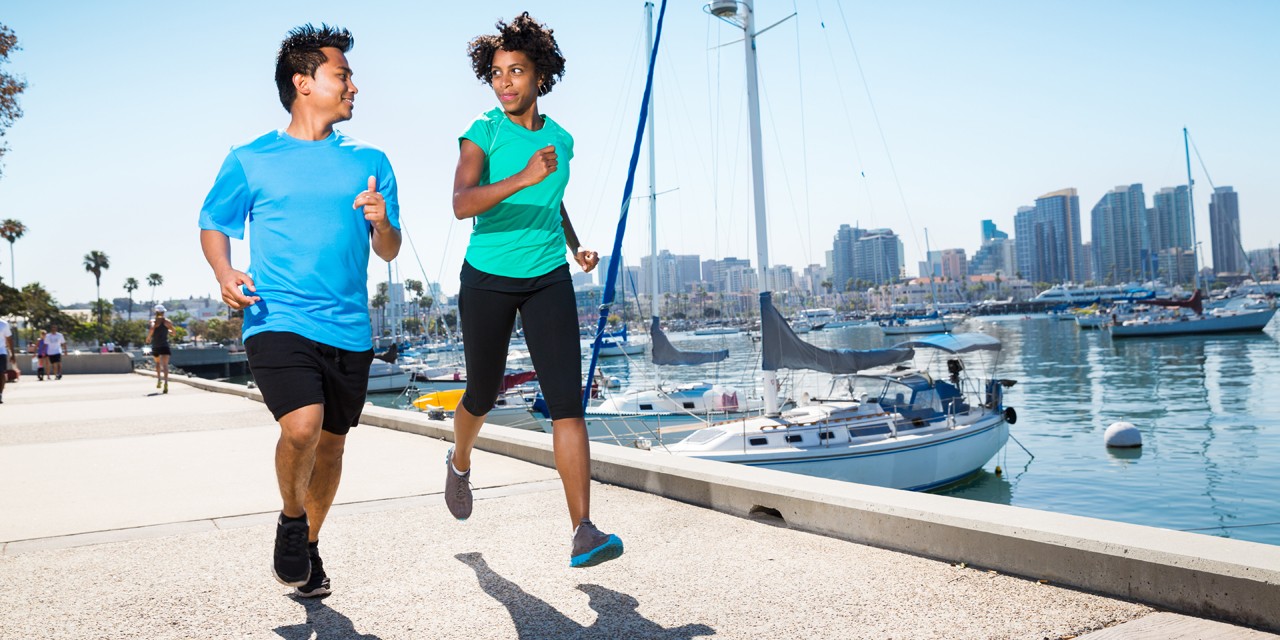 The federal government's new policy, called A Common Vision, was created to help coordinate the varying approaches being used by different Canadian governments in trying to figure out how to get citizens moving in a world where physical activity has largely been designed out.

“Physical inactivity is a prominent risk factor for chronic disease both nationally and internationally,” said John Spence, professor in the Faculty of Kinesiology, Sport and Recreation and a contributor to A Common Vision for Increasing Physical Activity and Reducing Sedentary Living in Canada: Let’s Get Moving, the federal government’s response to calls for a pan-Canadian framework on physical activity.

“Nowadays people rarely die of heart attacks at 40 years old, but they live longer with a host of chronic conditions; physical inactivity is related to that for sure.”

Spence said A Common Vision is a policy to help coordinate the current ragtag approaches being used by Canadian governments trying to figure out how to get citizens moving in a world where physical activity has largely been designed out.

“Right now, one province may be focusing on children, another focusing on older adults, while another is focusing on something else entirely,” he explained. “With this document, the emphasis is on more than individual-level responsibility for addressing the problem of sedentary lifestyles and getting everyone pulling in the same direction.”

The policy is guided by five interdependent principles for increasing physical activity and reducing sedentary living. The principles include promoting physical literacy, getting a better understanding of individual motivations and following a life-course approach.

“Having a plan to reduce sedentary living shouldn’t be something that, for example, just focuses on children, because as people age, our patterns of activity change,” said Spence, who sat on the Common Vision advisory panel as a non-government representative and the only academic on the working group. “We need to recognize that Canadians need differing supports at different ages and stages to stay active.”

And while his research relates to most of the initiatives, Spence’s work primarily informed an area of focus for collaborative action, titled spaces and places.

He’s interested in built environments, such as neighbourhoods, and how their design influences physical activity levels.

For instance, Spence found relationships between physical activity and proximity to a city’s core.

“People will walk around more today, controlling for everything else, just because of where they live. Density helps and (so does having) different places to go. If you live in a suburban cul-de-sac neighbourhood and have to walk around the exact same neighbourhood every day, you’re not going to walk as much,” he said.

Spence also looks at social and economic environments, particularly at families or populations living in low-income neighbourhoods and what their opportunities are for recreation.

“It’s very simple arithmetic: if registering for your local sport costs money and a family doesn’t have money to register, their kids are not going to play that sport. This is important because we know recreation and sport play a critical role for people feeling they belong.”

He noted the policy, which was released earlier this year, also recognizes different cultural perspectives.

“There was much consultation with Indigenous organizations and experts to ensure we were incorporating recommendations from the Truth and Reconciliation Commission report that placed emphasis on recreation and sport, for instance, for Indigenous communities.”

In the end, Spence said he doesn’t know if the policy will speak more or less to Albertans, but added Alberta has good infrastructure to get people moving.

“There is good infrastructure in the province for addressing some of the kinds of things that are recommended in here. We have a ministry that deals with recreation and sport and passionate practitioners in physical activity promotion. I’m quite optimistic about how Alberta can respond to this policy document.”