UAlberta teams up with You Can Play Project for new fellowship to help make sporting communities more inclusive. 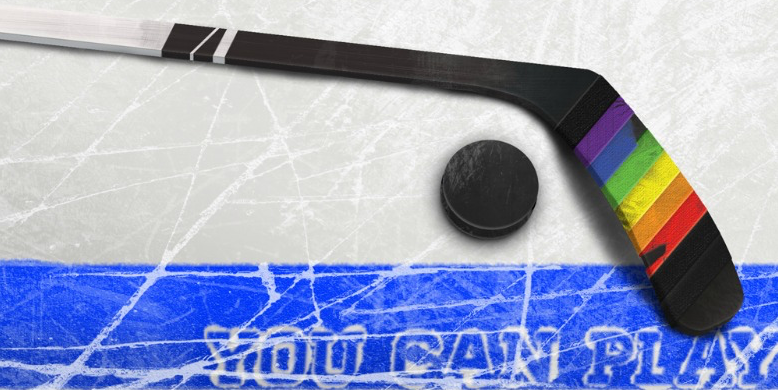 UAlberta and the You Can Play Project are teaming up on a new post-doctoral fellowship to help understand the role of homophobia in sports and make sporting communities more inclusive.

(Edmonton) The University of Alberta is launching a new post-doctoral fellowship to examine the role of sexual minorities in sports.

Starting this July, the post-doc follows a partnership struck between the U of A’s Institute for Sexual Minority Studies and Services (iSMSS) and the You Can Play Project, a North America-wide campaign aimed at eradicating homophobia from professional sports.

The institute’s director, Kris Wells, and Dean of Education Fern Snart were in New York Monday to announce the fellowship with former NHL scout Patrick Burke, co-founder of You Can Play.

"I'm hoping this post-doc will attract an international emerging researcher who will see this as a dynamic opportunity not only to study the impact of homophobia in sport, which is critically important, but also to use that knowledge to transform our sporting communities into more socially just, welcoming, respectful and inclusive environments,” says Wells.

In addition to leading a self-directed research project, the post-doctoral fellow will engage with the You Can Play Project to develop inclusive policies, guidelines and training materials for amateur and professional sporting communities. Housed in the Faculty of Education, the fellow can be trained in related disciplines—such as physical education and social science—engaged in understanding the role of sexual and gender minorities and sports in society.

“We are thrilled to be teaming up with the University of Alberta to fight against homophobia in the sports world,” says Wade Davis, executive director of the You Can Play Project. “The U of A’s groundbreaking research in the study of human sexuality and diversity will allow us to ensure all of our resources are always leading the way in effective outreach. We are especially excited about their expertise when it comes to reaching and encouraging LGBTQ youth, and finding new methods to keep them safe, healthy and involved in sports.”

The new post-doc is “a little different,” from the usual, says Wells. “It brings research to bear, rather than conducting research for its own sake. It's got a clear mandate and purpose, and ready partners to mobilize that knowledge."

The partnership with You Can Play came about last year, says Wells, when Snart managed to arrange a 15-minute meeting with Brian Burke, then general manager of the Toronto Maple Leafs, as he stepped off the plane with his team in Calgary.

“So there we were with the Leafs, and suddenly I was surrounded by all these great-looking, fit guys,” recalls Wells. “Fern joked, ‘That’s probably the last time anything like that will happen to you.’”

The 15 minutes with Burke turned into 45, and he was sold “right from the moment he heard about what we were engaged with,” says Wells. Somewhat amazed, Burke said, “You have this in Alberta?”

Burke, now president of hockey operations with the Calgary Flames, started the You Can Play Project in 2012 with his son Patrick in memory of his youngest son Brendan, a hockey player at Miami University who died in a traffic accident in 2010 after coming out and rallying against homophobia in professional sports.

According to Wells, Burke was touched by stories of lives transformed at the institute’s Camp fYrefly—Canada’s largest and longest-running national youth leadership retreat for sexual and gender minority youth.

“It's the same story in professional sports, that your sexual orientation or identity shouldn't be a barrier. Burke was savvy enough to know how hard that work was in Alberta and was interested in how much we've been able to do.”

Besides the camp, iSMSS leads research affecting policy development, intervention, education and community outreach for sexual and gender minorities nationally and globally. It also runs NoHomophobes.com, which tracks the prevalence of casual homophobia on Twitter.

With a current cultural shift in attitudes towards homophobia, Wells says now is the perfect time for a post-doc aimed at fighting homophobia in one of its final frontiers.

“This is a unique position in the world right now,” he says. “Wouldn't it be great to see the International Olympic Committee step up to support and see value in it.”