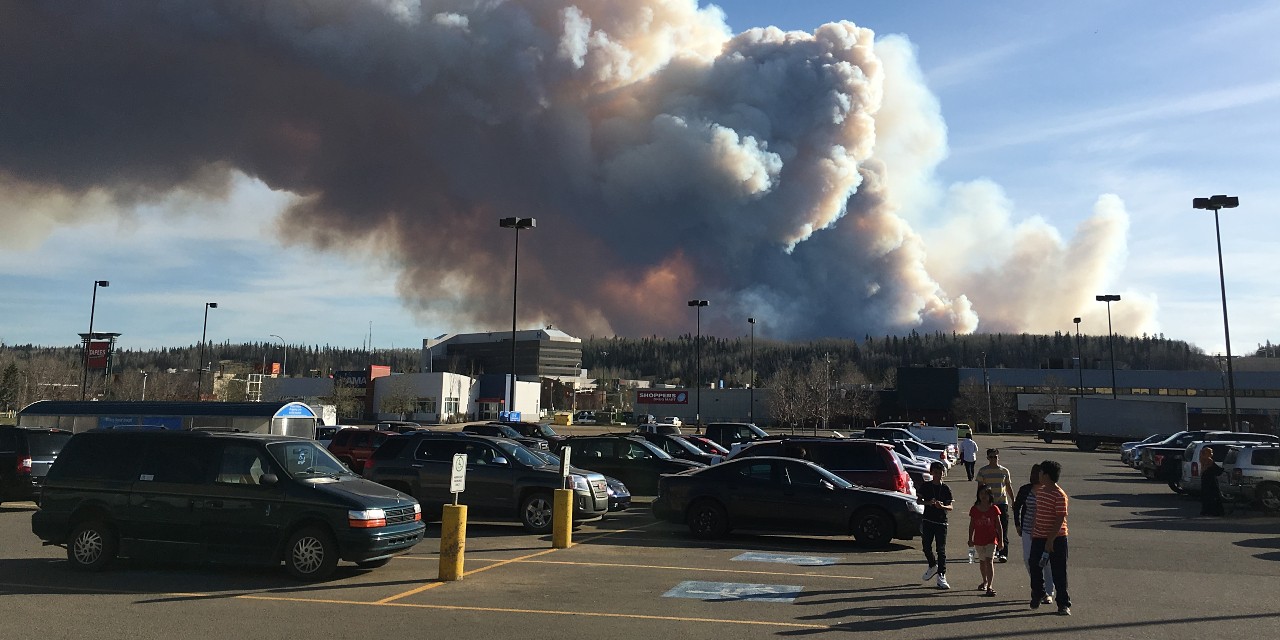 The wildfire that devastated the Fort McMurray area in 2016 left young people with double to triple the average rate of post-traumatic stress disorder, according to a study led by U of A psychiatrist Peter Silverstone, who designed a school-based program to help teens analyze their thoughts and feelings. (Photo: Jason Woodhead via Flickr, CC BY 2.0)

A year and a half after the wildfire that ravaged their community, students in Fort McMurray were showing rates of post-traumatic stress disorder that were two to three times higher than average, according to a new study.

To help them better manage their stress, a new program will be offered to students in grades 7 to 9, beginning next year.

Helping children build a higher resilience to stress is one of the ways suffering can be addressed, and ideally reversed, said Peter Silverstone, a University of Alberta psychiatrist who led the study and designed the program.

Building on previous work Silverstone did with youth in Red Deer, and based on a school-based depression prevention program from Holland called “At Full Power,” the Fort McMurray program—delivered in partnership with the public and Catholic school boards—will be initially offered to students help them analyze their thoughts, emotions and feelings.

“Preventing kids from getting problems throughout their lives is really important. And if we intervene in schools, we can do that,” said Silverstone.

He added that people sometimes don’t realize that if you give an intervention to one person, you don’t just help that one person, you are helping them and their friends.

“Often that person’s friends are worried about them and don’t know what to do. And when you give someone those resilience tools, you see widespread positive benefits,” he said.

“Of all the research I’ve done, covering many areas, I think this focus on prevention is the most important.”

‘The whole community is suffering’

In late 2017, Silverstone, U of A adjunct professor Matthew Brown and a team that included members of the Fort McMurray Catholic and public school systems surveyed 3,252 students in grades 7 to 12 a year and a half after the fires tore through the community.

They measured levels of PTSD; depression; anxiety; use of drugs, alcohol and tobacco; quality of life; self-esteem and resilience in students. They also compared the psychological impact on students who were living in Fort McMurray at the time of the fires, and those who moved to the community afterwards.

The researchers found that 37 per cent of Fort McMurray students showed signs of PTSD, which was about double to triple the expected level. About 17 per cent showed indications of depression (twice the normal level), and many students showed signs of significant anxiety, including 15 per cent demonstrating alcohol or substance abuse issues. In total, nearly half of all students exhibited signs of suffering from at least one significant psychological problem.

“The study shows a clear link between low resiliency and elevated mental health symptoms,” Brown said. “This is consistent with previous studies as well. From this, we expect that improving individuals' capacity to recover quickly from difficulties would reduce their susceptibility to mental health problems.”

Both Brown and Silverstone agree the findings are concerning and emphasize the need for long-term mental health support for youth following a disaster. They believe such support should be an integral part of rebuilding a community.

“We know that most mental health problems start in the teens and can continue for many years or even decades. It impacts families as well as the individual throughout their lives, such as their ability to work or go to school,” Silverstone said. “Unfortunately what happens is once the disaster moves out of the news cycle, it can be very hard to raise the issue again because things move on, but the trauma and impacts haven’t.”

Those impacts, Silverstone said, can be wider-reaching than we think. One of the most surprising findings of the study was that youth who were not directly affected by the wildfires, and had in fact moved to the community after the disaster, were found to have higher than normal levels of PTSD, anxiety and other trauma indicators.

“It was a completely unexpected finding,” Silverstone said. “It suggested to us that there was a much more widespread change across the entire community after the fires.”

“The whole community is suffering.”

The study was supported in part by the Canadian Institutes of Health Research, the Canadian Red Cross and Alberta Innovates.