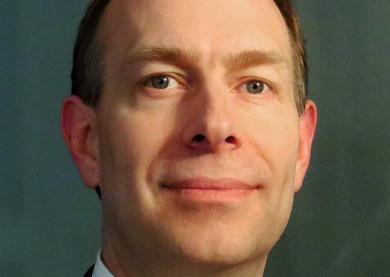 Steven Dew has been named the University of Alberta's new provost and vice-president (academic), effective July 1.

(Edmonton) Following an international search, an experienced Faculty of Engineering administrator, and award-winning professor and researcher, has been named the University of Alberta’s new chief academic officer.

The U of A Board of Governors, with unanimous support from the advisory committee, has approved the appointment of Steven Dew to the position of provost and vice-president (academic), effective July 1, 2015.

“Steven’s role as a member of the leadership team has been pivotal in terms of Engineering’s growth and development, but his impact has been felt far beyond that faculty,” said U of A President-Elect David Turpin, who co-chaired the search committee with President Indira Samarasekera. “Steven will bring to the provost role a focus on excellence, and an outstanding track record of fostering collaboration and building consensus across the institution and beyond, while successfully leading large multi-stakeholder initiatives.”

According to Samarasekera, one example of Dew’s reach stems from his work as co-chair of the committee to develop a campus-wide set of graduate student attributes for the GFC Committee on the Learning Environment. He was also key to the development and success of the Institute for Oil Sands Innovation and the Canadian Centre for Clean Coal/Carbon and Mineral Processing Technologies.

Dew was responsible for securing the acquisition of and ongoing operations support for $85- million, open access nanotechnology facilities used by 340 research and industry groups. He was the key organizer, lead proposal author and member of the National Operations Committee for the Helmholtz-Alberta Initiative, the university’s largest international initiative involving more than 50 U of A professors across several faculties and seven German Helmholtz institutes. He was also the driving force behind organizing the Sino-Canadian Energy and Environment Research and Education Initiative with Tsinghua University that involves 23 projects across four faculties.

With research expertise in the areas of nanofabrication, Dew has published more than 175 papers including being co-editor of the book, Nanofabrication Techniques and Principles (2011). He is a recipient of the Killam Annual Professorship, the McCalla Professorship and the Douglas R. Colton Medal for Research Excellence, as well as being a three-time recipient of the Faculty of Engineering Teaching Award.

Dew is a NINT Fellow; vice-chair of the national committee developing standards for nanotechnology under the International Standards Organization; founding member of the Canadian Engineering Graduate Consortium; visiting team member for the Canadian Engineering Accreditation Board; past board member of TRLabs, a not-for-profit corporation and Canada’s largest telecommunications research organization, now called TRTech; and corporate member for TRTech.

Dew describes the U of A as an exceptional institution with an incredibly bright future, and a vital role in the success of this province and the nation.

“I am truly honoured to be selected for this key position,” he said. “I look forward to working closely with President Turpin and the executive team, as well as so many outstanding people from across our university and in the broader community, to help guide the U of A to even higher levels of achievement and contribution.”

The provost and vice-president (academic) is responsible for institutional planning and administration in all aspects of the academic operations, involving students, academic and support staff, alumni, members of governance committees, and staff associations. The position is the chief academic officer of the university and leads the conceptualization, development, implementation, and continuous improvement of academic programs and services. The provost also plays a key external role provincially, nationally and internationally –– liaising with the Ministry of Innovation and Advanced Education, leading academic program partnerships with other Campus Alberta institutions, and representing the U of A in provincial and national associations of provosts and chief academic officers as well as other external agencies.