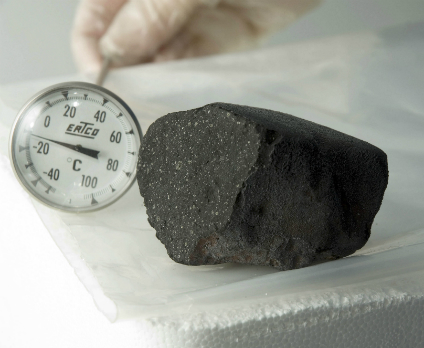 This sample from the U of A's Meteorite Collection is the largest pristine fragment of the Tagish Lake meteorite, from which the sample used in the study was taken. (Photo: Michael Holly)

The red planet’s two moons are likely pieces of the planet itself rather than stray asteroids, say scientists. 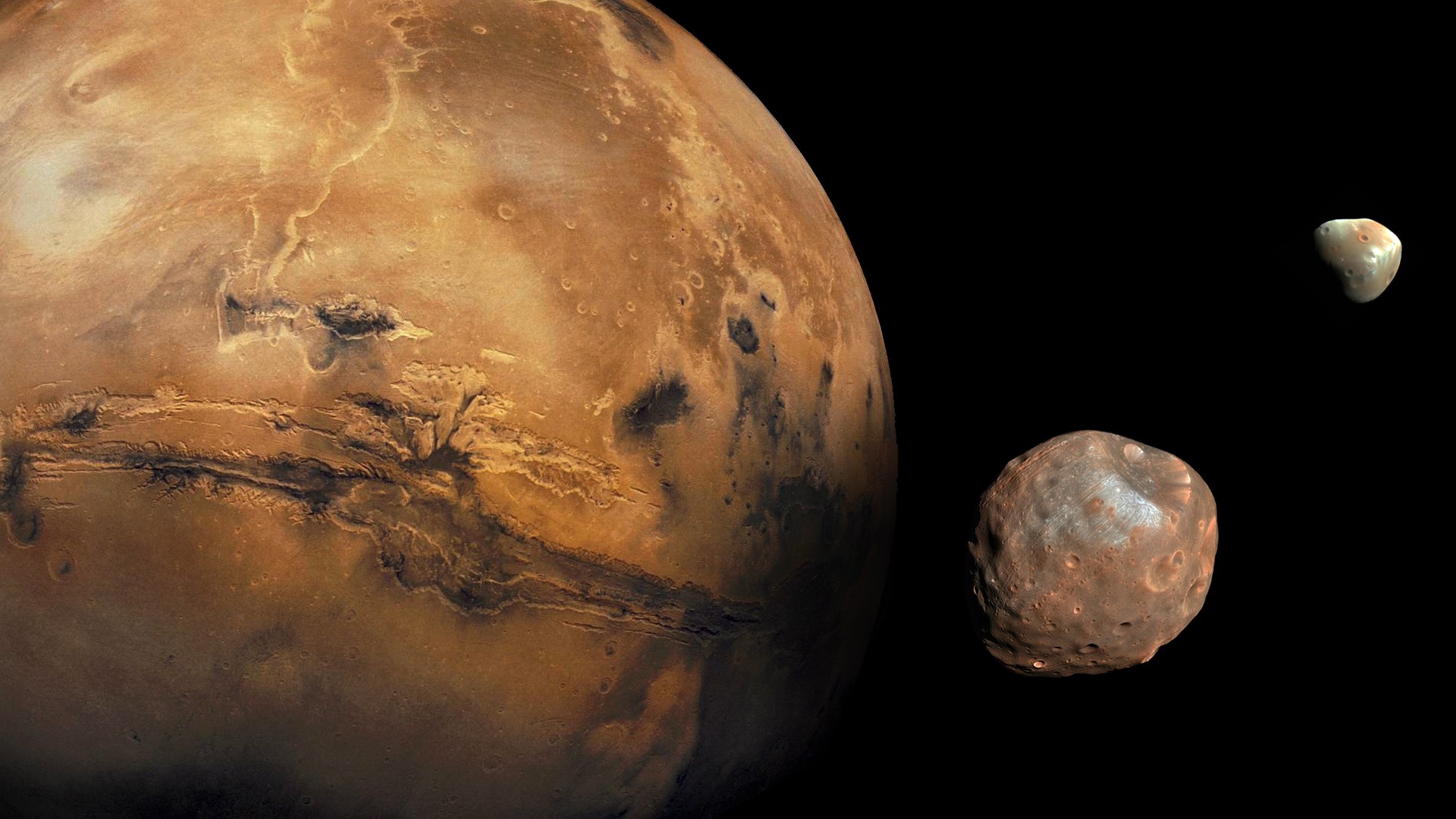 The two moons that orbit Mars are likely made up of chunks of the planet itself, contradicting a long-standing theory that the moons, Phobos and Deimos, were asteroids captured in Mars’ gravitational pull, a new study suggests.

University of Alberta geologist Chris Herd, who was a co-author of the study, used reflective spectroscopy to compare a sample of the Tagish Lake meteorite to Phobos and Deimos.

The Tagish Lake sample comes from a dark, carbon-rich meteorite that fell onto the frozen surface of the lake in northwestern British Columbia in 2000 and was eventually determined to originate from the asteroid belt.

The researchers examined the reflection of light from the Tagish Lake sample, comparing it to the reflections of the Martian moons to learn about their composition.

“The study shows that the Tagish Lake meteorite doesn’t look like the moons of Mars, suggesting that these moons actually originated from Mars itself,” explained Herd, curator of the University of Alberta Meteorite Collection and a professor in the Department of Earth and Atmospheric Sciences.

“These bits were blasted off of Mars, rather than stray asteroids.”

The research was completed using data recorded in 1998, when the Mars Global Surveyor Thermal Emission Spectrometer (MGS‐TES) passed Phobos during its orbit around the red planet.

“This is similar to what we think happened with Earth’s moon, at a much smaller scale,” said Herd, who supplied the Tagish Lake sample to the research team.

The paper, “MGS-TES Spectra Suggest a Basaltic Component in the Regolith of Phobos,” was published in the Journal of Geophysical Research: Planets.