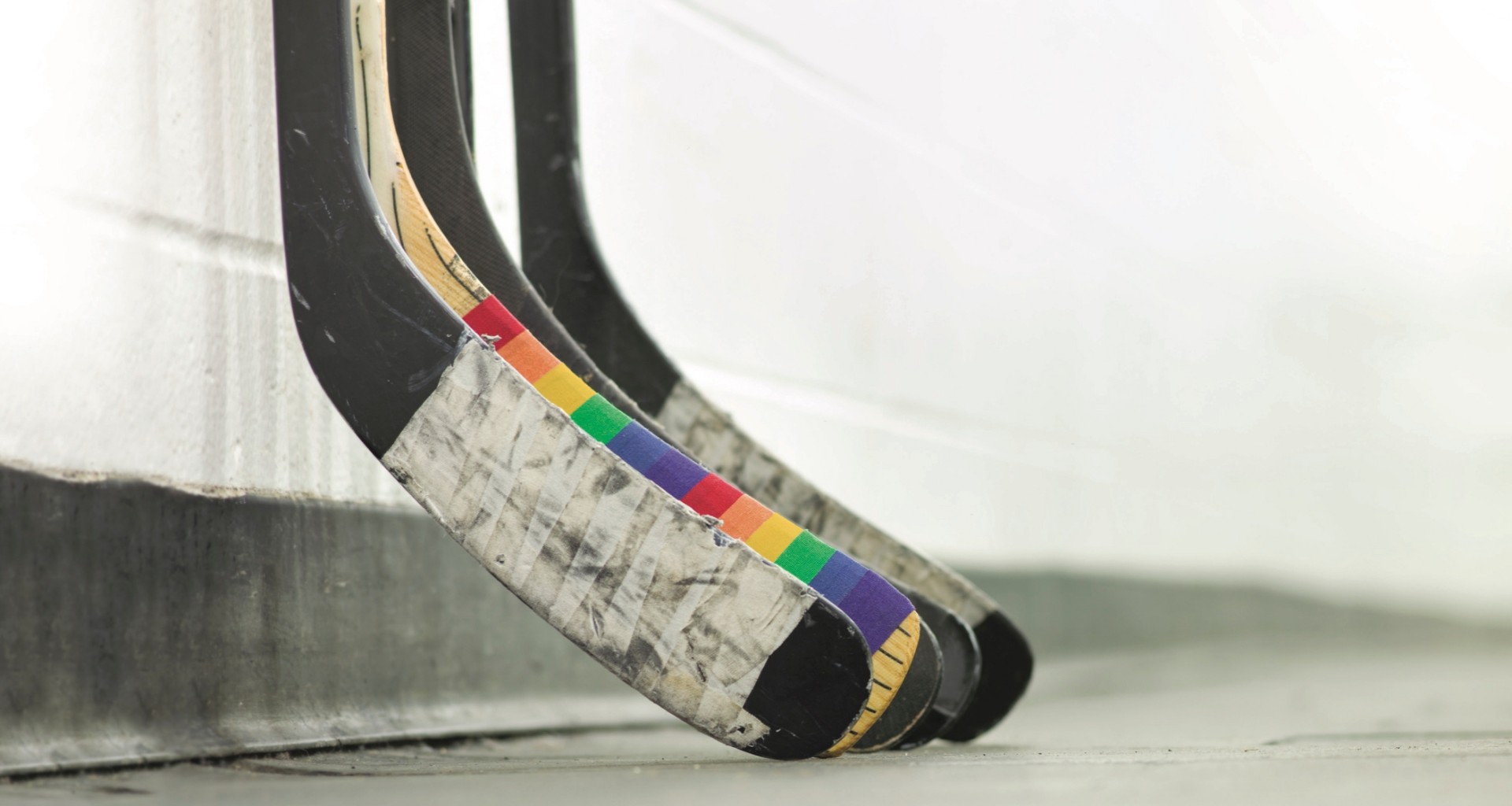 Why has no NHL player ever come out as gay? The possibility of becoming a "distraction" that could cost them their career may outweigh the benefits of revealing their sexual orientation, according to a new study. (Photo: Richard Siemens)

The overriding threat of becoming a distraction is the main barrier keeping professional hockey players from identifying publicly as gay, even though such an admission would likely accelerate a more tolerant hockey culture, according to new research out of the University of Alberta.

Cheryl MacDonald, a sport sociologist who just completed a post-doctoral fellowship at the U of A, interviewed six straight former National Hockey League players and six openly gay hockey players who played at an elite level, but not the NHL. They included Brock McGillis of the United Hockey League—the only openly gay former professional hockey player in the world. MacDonald wanted to find out their attitudes about whether the NHL is ready to have one of its players come out as gay.

Though the subjects were split on whether they thought the NHL was homophobic, all of them—including former NHLers who compared hiding their addiction or mental health issues to coming out—agreed that the potential to lose their career outweighed the benefit of revealing something they can live with people not knowing.

“(The players told me) it doesn’t matter if you’re gay, or concussed, or you’ve been sexually abused or have mental health issues, none of those are OK because you are a distraction,” said MacDonald, former co-chair of the western Canadian board of You Can Play and current post-doctoral scholar at St. Mary’s University in Nova Scotia.

“You don’t want to risk it not being OK, because the perception is someone who is just as good at your job but isn’t gay is going to take your spot.”

Some of the players interviewed said other reasons for keeping their sexual orientation under wraps include everything from the tolerance of the people in their hometown to fear over how the NHL brass might react.

Because the NHL has not had one of its players come out as gay, MacDonald said the only way to gauge how the league and its players might react to a gay player is by looking at how the league handled past contentious issues, such as sexual abuse, addiction and mental illness claims.

“The subjects were divided. Some pointed to what they think has been a misstep by the league in how it is handling concussions, whereas others said the NHL, the NHL Players' Association and its player assistance program, and even the league’s efforts with Hockey Is for Everyone, are a step in the right direction and that the NHL is ready for a player to come out as gay.”

Coming out does change things

MacDonald said what helps curb homophobic sentiments and change attitudes was the process of coming out to one’s teammates, although she added that not all participants felt safe enough to do so.

McGillis, for instance, told MacDonald his worries about acceptance from teammates led to a string of mental health issues.

She also noted one participant eventually chose to leave the sport because it was easier to move on than to remain in what he claimed was a toxic environment.

However, she said the openly gay players who did come out to their teammates reported that offensive words were heard a lot less, and the homoerotic aspect of the hockey dressing room was sometimes muted.

“Even when someone said ‘fag’ without thinking, the gay players said they would quietly pull their teammate aside and say something like, ‘Listen, I’m not OK with that, the world is changing, you have to as well.’ They had no problems when they pulled people aside.”

She added that, after the gay players came out to the team, it wouldn’t take long for the “no subject is off limits” nature of a hockey dressing room to return.

According to MacDonald, the gay players reported that teammates would eventually get around to respectfully make light of their sexuality, whether it was asking their type or inquiring about the nature of their sex.

“The gay players said the acknowledgment was nice,” said MacDonald. “From what I gathered, it seems there is room for consensual humour.”

MacDonald also explored the connection between homophobia and sexism. She said she was surprised how it didn’t occur to some of the former NHL players that words used to attack an opponent personally were often either homosexualizing or feminizing them.

“It is difficult to talk about the oppression of homosexual men without talking about how women can be objectified and disrespected,” said MacDonald.

In fact, she said, feminizing an opponent is probably more prevalent than homophobic slurs and ubiquitous in hockey arenas at all levels of the game.

“When you make comments on the ice about gay men, you are fined and suspended. If you call someone a ‘bitch’ or use any number of derogatory terms to feminize them, nothing happens, you don’t get in trouble.

MacDonald is now compiling a book that features the hockey stories of 13 participants, many of whom are U of A affiliated, who participated in the Hockey Conference she held at the university last July.