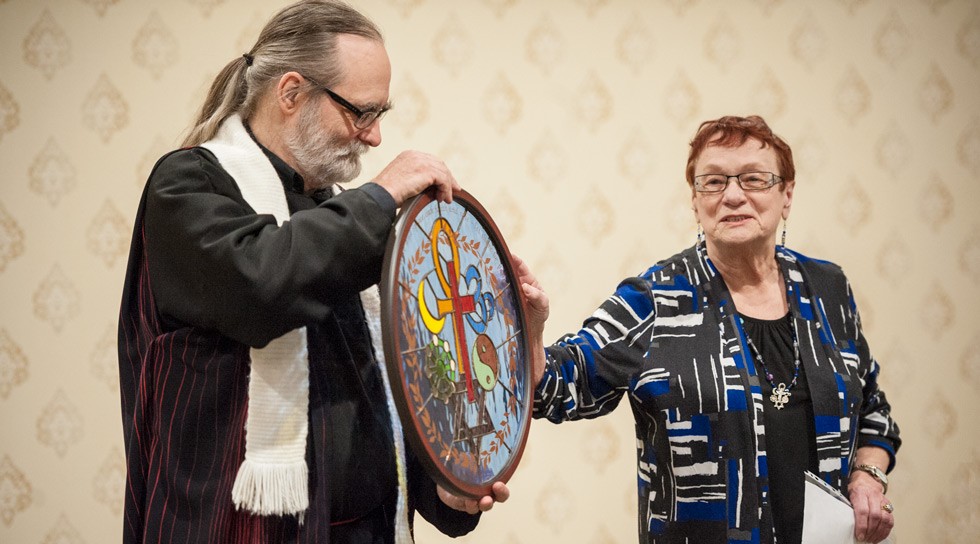 Spiritual beliefs and practices play an important role in many students’ mental health and overall well-being. A space like this relieves stress and provides a break in what could be an otherwise hectic day.

New space gives students of all faiths a place for prayer, meditation 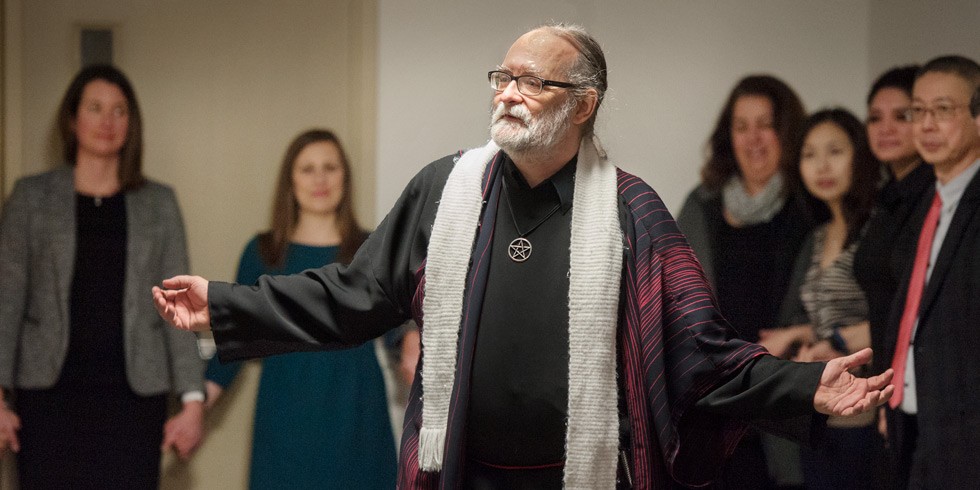 A space offering spiritual peace and quiet for University of Alberta students of various faiths formally opened today in HUB Mall, offering more opportunity to rest, recharge and get to know people of other religions.

The U of A’s new Multi-faith Prayer and Meditation Space meets a long-standing desire by students to have a comfortable space where they can practise their faith while on campus, but it also creates opportunity to connect with others, said André Costopoulos, dean of students.

“It’s a space where we hope there will be dialogue among different groups, a place where we can not only support diversity, but also become more aware of the diversity of the university community,” he said.

Warmly decorated in earth tones, the quiet, roomy facility contains several spaces that expand the capacity already offered by the smaller Interfaith Centre in SUB and Chaplains Centre in HUB, and the Multi-faith Prayer Room at Augustana Campus. The new facility includes large and medium-sized prayer spaces, a small meditation and prayer room, a lounge and three offices that can be booked for small discussion and study groups.

Blessings for each of the new rooms were given by various members of the U of A’s Chaplains Association to reflect its multi-faith nature, and a stained-glass plaque was donated by retired U of A Unitarian chaplain Audrey Brookes, in the spirit of honoring mutual understanding among the various religions represented in the building.

“We stand with each other with compassion,” she said as part of her dedication.

Through the chaplains’ association, the campus community is served in several faiths including Buddhism, Islam, Judaism, Wicca and Christianity, as well as by Elders through the Aboriginal Student Services Centre.

Formal planning for the new prayer space began in 2013, with consultation from the Students’ Union, the Graduate Students’ Association, the Chaplains Association and various university offices. The HUB Mall location, left vacant when University of Alberta International moved to the Telus Centre, was a good fit, Costopoulos noted.

“HUB is already home to some students, and it sits on a well-trodden path between the eastern and western parts of campus, so it’s a very strategic location.”

The new facility is a needed form of support, said Sarah Ficko, president of the Graduate Students’ Association.

“Spiritual beliefs and practices play an important role in many students’ mental health and overall well-being. A space like this relieves stress and provides a break in what could be an otherwise hectic day.”

For Muslim students, the new space, equipped with a curtained room and special cleaning stations for prayer, is accessible from sunrise to sunset each day, which makes it much easier to schedule around classes, said Fahim Rahman, president of the Student’s Union. He plans to use the space himself.

“They’ll know they have a place to gather and find like-minded community members, plus they can learn about what students of other faiths experience as well,” he said.

The multi-faith facility opened in December and is already being used by several groups on a weekly basis for scripture studies, prayers and meetings, said U of A chaplain Samuel Wagar, who has an office there and oversees scheduling of the new centre’s various spaces.

“We are using the lounge area as a meeting place and are already beginning to see student groups chatting with one another,” Wagar said. “This space is great for reflection, networking and co-operation among religious and spiritual people in the university community. We hope these spaces will bring people together.”

New space gives students of all faiths a place for prayer, meditation
Newsroom