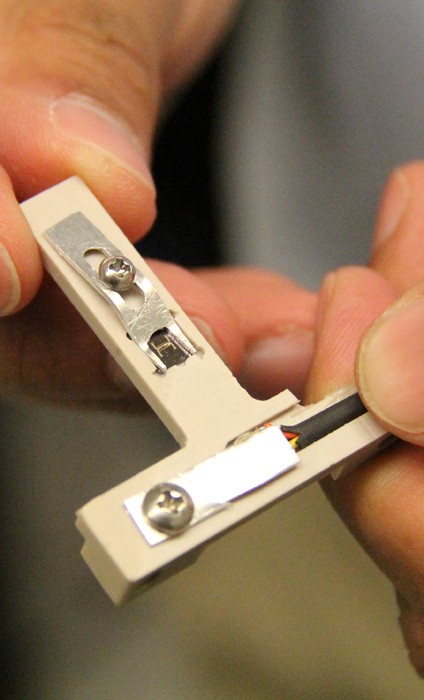 The microfluidic cantilever that researchers developed could significantly decrease costs to identify proteins in the process of developing drugs. 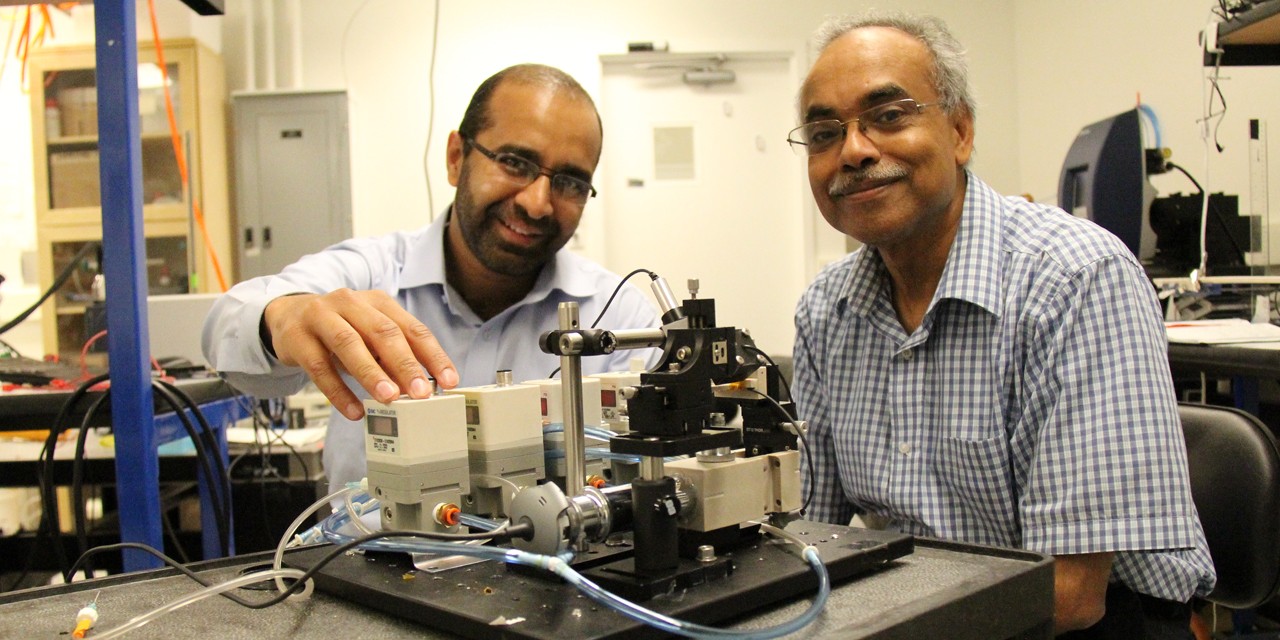 A technology developed by UAlberta engineers could lead to a dramatic cost reduction for medical and pharmaceutical researchers to detect various types of proteins, used to develop drugs.

Faheem Khan is part of a team of researchers that developed a microfluidic cantilever, a device capable of analyzing and testing proteins, a key element in the process of developing drugs.

“It allows researchers to see how a protein is going to act with drug molecules, especially drugs developed for diseases such as influenza and diabetes,” explained Khan. “When scientists are engineering new drugs, testing their interaction with proteins is important.”

Researchers currently use a mass spectrometer to conduct this work while they’re developing drugs and while that instrument is, in many respects, the industry gold standard, Khan added it is bulky and expensive to use.

In fact, a mass spectrometry device can cost around $500,000 but the device under development at the U of A would cost closer to $20,000, Khan said.

“Our goal is to make a portable protein identification system that can be easily carried around,” he said. “Our technology is not going to replace a mass spectrometer but it could be a complementary tool for special situations where a user wants to save cost.”

The researchers’ device uses a process called electrophoresis, which uses an electrical charge to make different proteins line up by type, according to their own charge, and then uses a microfabricated sensor to weigh them.

“Proteins are charged in a liquid medium and different proteins have different sizes that make them separate themselves when under an applied electric field,” said Khan. “We combined different principles of basic physics to achieve a complex task of protein testing.”

Because proteins are extremely small, a scanning electron microscope (SEM) is used to capture images of them. However, Khan explained the team’s cantilever device identifies the separated proteins by their effect on its vibrations.

“Instead of using a SEM or a mass spectrometer, which is very expensive and difficult to maintain, we’ve developed a cheaper device to analyze proteins,” he said. “The cost of electrophoresis-based protein detection using a microfluidic cantilever is much lower than a standard mass spectrometer.”

Over past few years, the team has demonstrated multiple applications of their microfluidic cantilevers. Now the technology is being commercialized through a startup called Fourien Inc.

The team, which collaborated with colleagues from South Korea, published their findings in Nature: Scientific Reports.