U of A researchers develop questionnaire to help people with terminal illnesses express their needs and wishes to loved ones and caregivers. 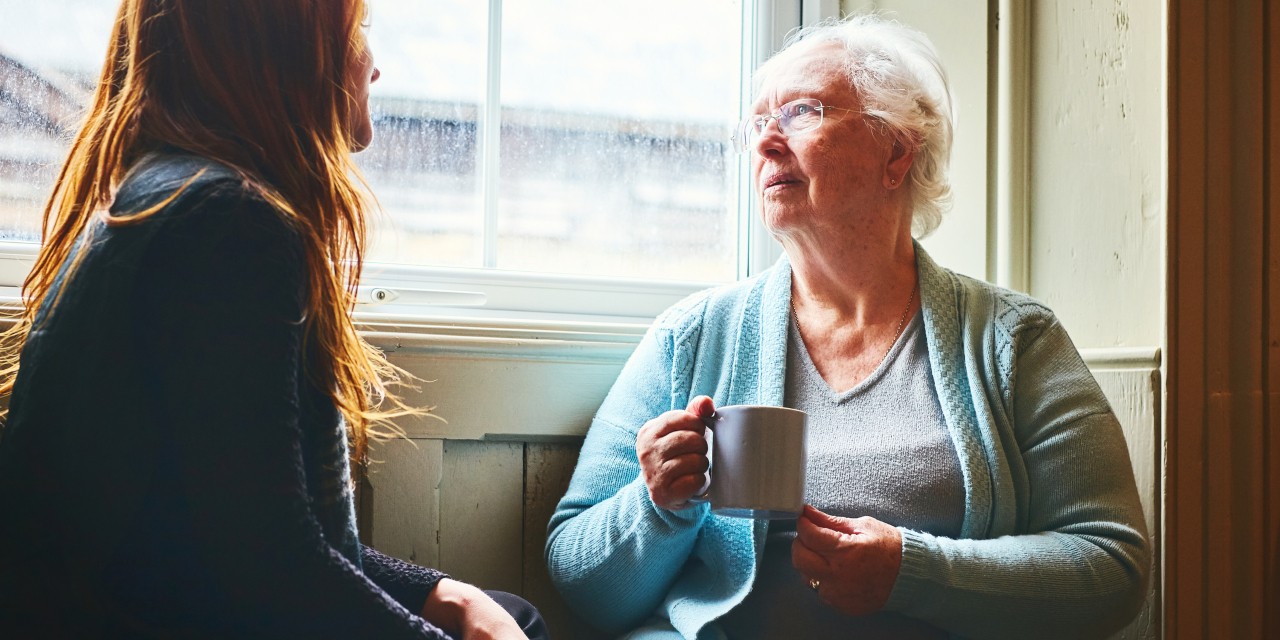 A new tool developed by U of A researchers helps patients talk about their relationships, hopes, fears and values as they near the end of their lives. (Photo: Getty Images)

It’s not easy talking about quality of life as death approaches, but a group of University of Alberta researchers have developed a tool to help families start that difficult conversation.

A series of questions called the Life Conversation Tool is designed to help people with chronic, life-limiting illnesses gently make their wishes known, while they can still express them.

Treatment needs to go beyond the standard medical forms about feeding tubes and resuscitation, to address patients’ needs, goals and wishes, and to “normalize” conversations about end of life, said U of A medical researcher Meena Kalluri, a pulmonary doctor who worked with Faculty of Extension researchers Diane Laverty and Kyle Whitfield to develop the tool.

“We change the focus of medical decision-making to be more patient-focused and on how to live with the disease day by day—that’s what the patients want,” Kalluri said.

The tool was fine-tuned after feedback was provided by a focus group of patients with idiopathic pulmonary fibrosis (IPF), an irreversible lung disease, and their caregivers.

One participant, who was diagnosed with IPF last year, said he believes the questions outlined in the Life Conversation Tool will be useful for him and many others, Kalluri noted.

“He said one of the inherent things in this tool is addressing quality of life, something that is very much applicable to people like him. He said it’s such a difficult topic, people skirt around it, but they don’t bite that bullet. This tool is a good icebreaker.”

People living with chronic illnesses like IPF often haven’t had those important conversations with their families, and wishes about end-of-life care risk going unfulfilled if a patient suffers a life-threatening event that leaves critical decisions up to a family member, Whitfield noted.

“We are a death-denying culture, because the idea of death is uncomfortable. So we think of end of life as a negative experience, rather than how we can live life to the fullest while we’re here. We need to start looking at the end of life as part of a living experience,” she said.

The conversational guide can be used by anyone with irreversible diseases, and was well received by the clinic’s focus group, Whitfield said.

“This tool was like a revelation for them, so it was something that had been missing,” she noted. “They weren’t fearful of it, but grateful for it. They said, ‘Finally, something I can use to talk about these issues.’ They felt they could talk to the people around them about what they want their lives to look like while they are here.”

Kalluri, who uses the tool in her clinic, believes it can also be used by doctors to provide contextual medical advice. For instance, certain medications can affect the sense of taste and cause appetite loss.

“We routinely ask patients what gives them joy,” she said. “With incurable diseases where the focus is comfort in advanced stages, we can stop the drugs if they’re compromising a patient’s quality of life, like enjoyment of food.

“The focus should be more on comfort than cure if that’s what the patient wants.”

Kalluri envisions a team approach to treatment that helps give patients what they want for quality of life.

“If a person with IPF is breathless and coughing, the doctor should emphasize symptom treatments and refer them to a network of practitioners and support,” she said.

Ultimately, she wants to see the conversation tool adopted by health-care systems for widespread, standard use.

“My hope would be that we could give this out to patients and their families so they can come ready to discuss what’s important to them when they meet their health-care providers for advance care planning. This is what patients want, but right now it’s not what we are giving them.”