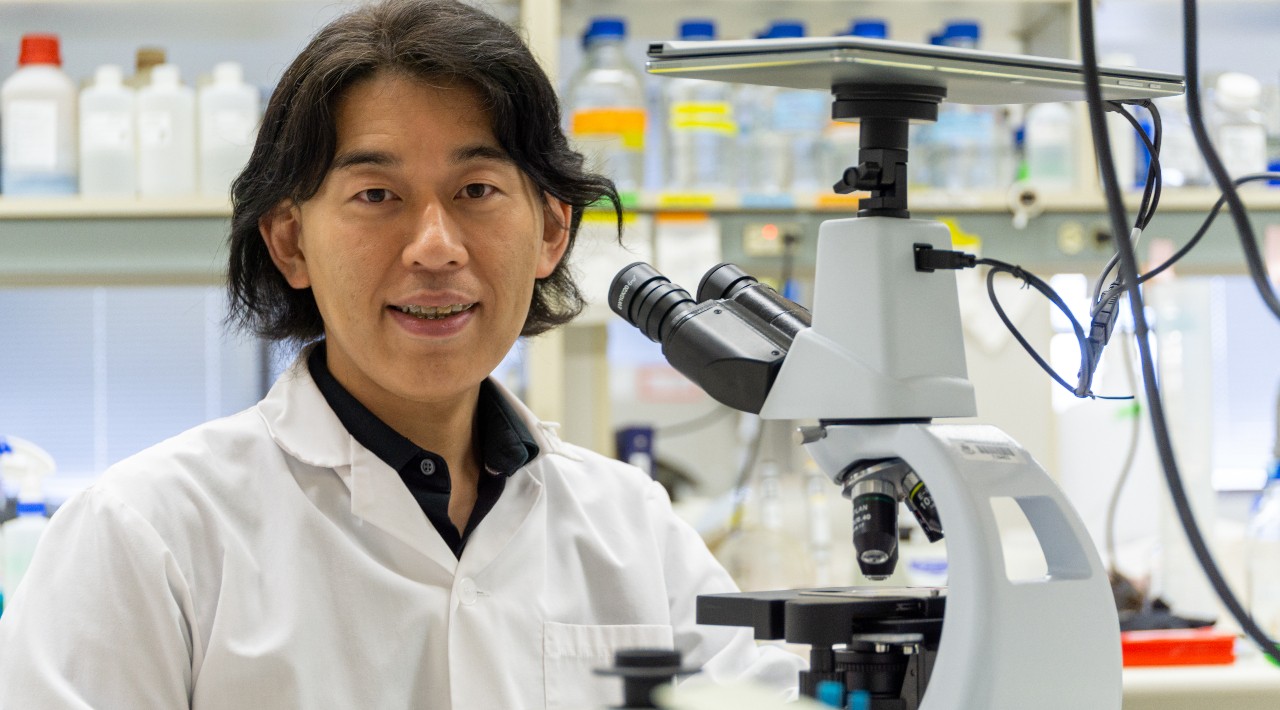 U of A medical geneticist Toshifumi Yokota led a research team that created a potential new treatment for one of the most common forms of muscular dystrophy. (Photo: Supplied)

Researchers have designed a potential new treatment for one of the most common forms of muscular dystrophy, according to a new study published in the Proceedings of the National Academy of Sciences.

Toshifumi Yokota, professor of medical genetics at the University of Alberta, led a team from Canada and the U.S. to create and test synthetic DNA-like molecules that interfere with the production of a toxic protein that destroys the muscles of people who have facioscapulohumeral muscular dystrophy (FSHD).

FSHD occurs in one in 8,000 people and causes progressive weakness in the muscles of the face, shoulders and limbs. Onset is usually in the teens or early adulthood. Some patients have trouble breathing; many use a wheelchair. All face lifelong disability.

“There is no cure for FSHD at the moment,” said Yokota, who has devoted his career to searching for treatments for all forms of muscular dystrophy.

“This paper shows the potential for this new type of therapy and makes progress towards finding a treatment candidate.”

“Our goal is to knock down the production of DUX4 so their muscle cells can survive,” said Yokota, who is also a member of the U of A's Neuroscience and Mental Health Institute.

His team designed the treatment molecules, technically known as locked nucleic acid (LNA) gapmer antisense oligonucleotides (AOs), or “gapmers” for short. They specifically target the location in the gene that causes DUX4 production.

The researchers tested the treatment in patient-derived cells in the laboratory and in mice.

“We used a very low concentration of the treatment and it knocked down more than 99 per cent of the DUX4 production, so this is extremely efficient,” Yokota said.

The researchers found the muscle cells were larger and more functional after treatment.

Yokota noted that gapmer therapy has been developed for diseases such as inherited high cholesterol, Huntington’s disease and even some cancers. None has yet been approved for muscle diseases such as muscular dystrophy.

Next steps for the research team include testing better delivery methods, studying safety and side-effects, and determining how long the drug’s benefits last. The researchers have applied for a patent and are seeking a pharmaceutical company partner to conduct a human trial.

“We are not ready to start clinical trials but it’s a significant first step towards future drug development,” Yokota said.