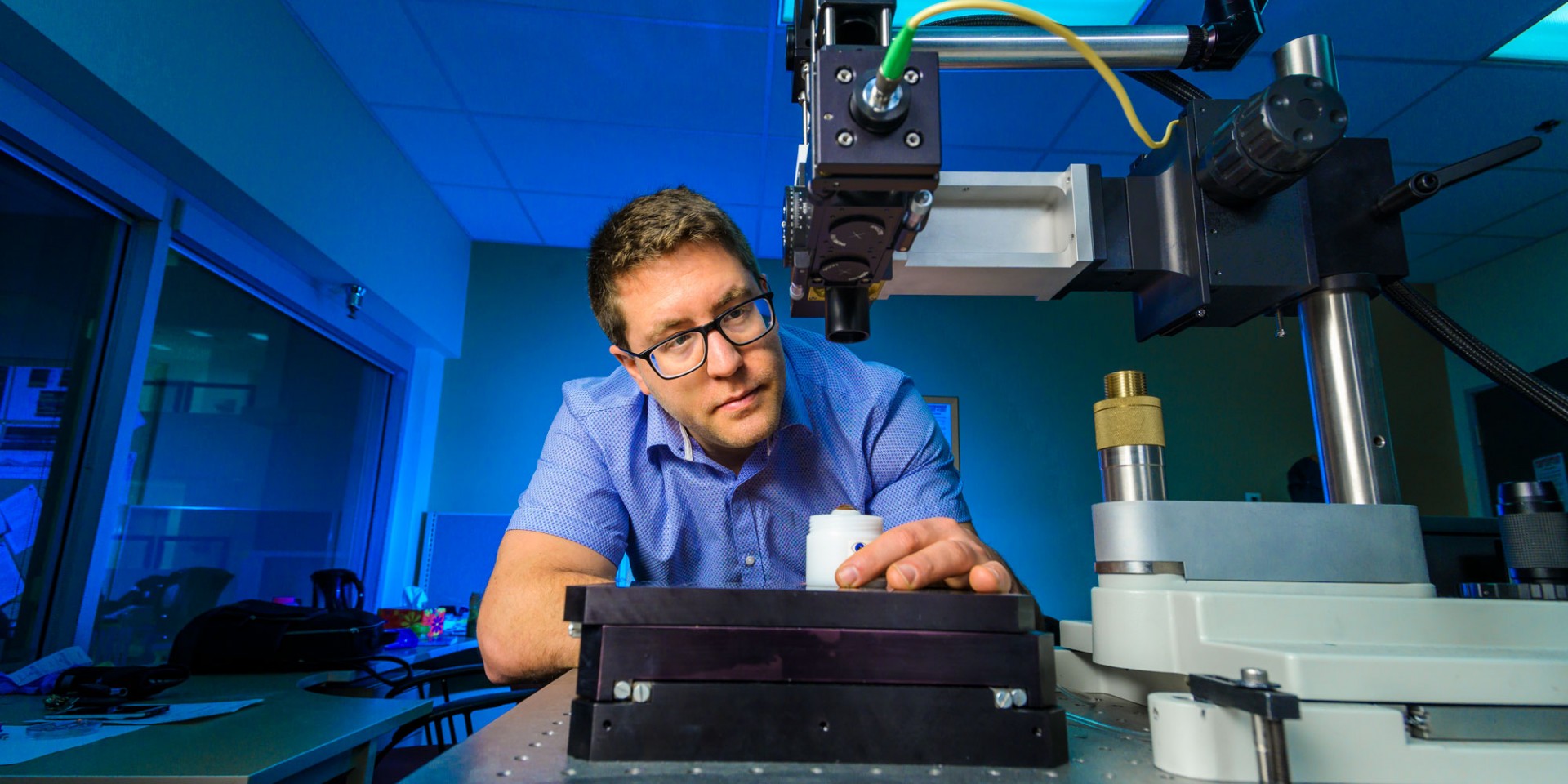 A platform that combines cutting-edge diagnostic tools and ultra-fast laser technology developed at the University of Alberta could usher in a new era of non-invasive medical interventions for eye diseases.

Nir Katchinskiy, a U of A research associate who just completed his PhD in electrical engineering, recently launched a startup called PulseMedica to usher femtosecond lasers—which emit optical pulses lasting only one-quadrillionth of a second each—through testing and approval stages.

He said the speed and accuracy afforded by the lasers make them ideal for treating eye diseases ranging from age-related macular degeneration (AMD) and glaucoma to retinoblastoma, while minimizing damage to healthy tissue.

“People have tried to use lasers to treat various conditions like AMD, but the problem is all the lasers that have been developed previously caused more damage than help to the patient,” said Katchinskiy.

He said femtosecond lasers, which are able to make holes of a micrometre or less, are more precise than other lasers.

“The work we do here is called nanosurgery,” added U of A engineering professor Abdul Elezzabi, who supervised Katchinskiy’s research. “We deliver high-power laser pulses on a nano scale. So we can do surgery on a single cell or a single part of a cell without impacting the adjacent cells.”

The platform Katchinskiy is developing combines femtosecond lasers with optical coherence tomography, a technology for evaluating conditions of the retina, and scanning laser ophthalmoscopy, a method for creating diagnostic images of the retina that enables a high degree of spatial sensitivity.

The combination of these technologies, Katchinskiy said, allows for fast, precise medical intervention for conditions like AMD and glaucoma that would supplant drug therapies or surgery.

“This is our focus, to build a platform and combine these different applications so we have one instrument. It’s very exciting because we can potentially help millions of people,” Katchinskiy said.

He noted that his research has shown the promise of femtolasers in treating cancer. In one experiment, Katchinskiy showed how specially treated nanoparticles of gold could be used to destroy cancer cells in the eye.

He’s also exploring how the precision capabilities of the platform might be used to treat basal cell carcinoma, a common form of skin cancer, on parts of the body like eyelids where the lack of tissue and potential for infection make conventional surgery difficult.

“We are changing the approach to a whole spectrum of different diseases we can treat very precisely, along with the imaging that allows us to make sure we treat them until they’re gone,” he said.