New UAlberta study options in China just a CLIC away 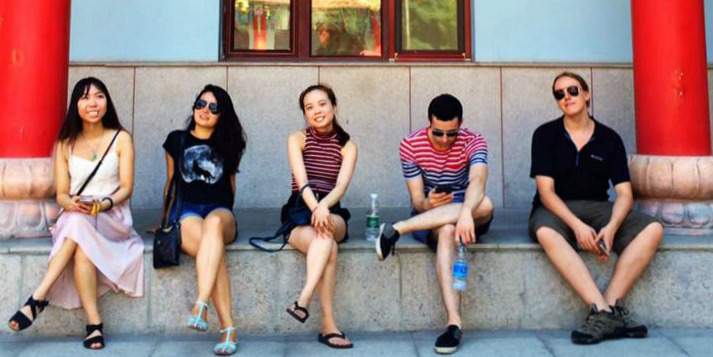 Finola Hackett (second left) was among 34 UAlberta students who spent a month in Harbin, China, immersing themselves in the local culture. (Photo: QC Gu)

If you yearn to learn about the world by seeing it, the University of Alberta will make sure you get where you want to go.

Second-year medical student Finola Hackett experienced that opportunity first-hand while spending a month this summer in Harbin, China, with 33 other U of A students from across the campus immersed in Mandarin Chinese and the local culture.

“This experience reaffirmed to me that all it really takes is a keen interest,” said Hackett, who made her way to Harbin, one of Edmonton’s sister cities, as part of the Canada Learning Initiative in China, or CLIC.

“A place like China seems very daunting, but if you have that interest, the support is there,” she said. “I was so impressed how supported the program was by the Chinese government and by the U of A.”

CLIC, which began as a pilot project in May, is a consortium of six U15 Canadian universities—the universities of Alberta, Calgary, Ottawa, Montreal, Université Laval and Queen’s University—and a broad partnership with the Chinese government, education administrators and a number of top Chinese universities. The aim is to develop a platform for Canadian students to undertake well-funded, high-quality study abroad programs in China that offer guaranteed credit transfer and other benefits.

“This initiative will build bridges for Canadian students to explore, experience and learn in one of the world’s most global economies, fostering new Canada-China connections that will support relations and partnerships between the two countries for many years to come,” said U of A President David Turpin.

Balancing the scales of study abroad

CLIC administrators also hope to take advantage of what has so far been a missed opportunity for Canadian students to learn, expand their worldview and build connections with one of the world’s leading powers.

According to the International Students in China Report by the Ministry of Education in China, in 2015 about 120,000 Chinese students attended Canadian schools and universities whereas only 3,585 Canadians studied in China that same year.

Cen Huang, the U of A’s executive director of international relations and recruitment, says rectifying that imbalance will only help Canadians in the future.

“China is one of Canada’s biggest trade partners, yet very few Canadians understand China. That is not going to help us to build better trade or business relationships,” she said.

She added that the Chinese government has an ambitious goal of having a half million international students studying in China by 2020.

“Chinese universities want to to attract the top students from the top universities from around the world, which includes the U of A,” she said. “Students with a better understanding of China will one day be the bridge between China and their home countries.”

In the summer of 2016, CLIC had nine approved programs—including Chinese language and cultural studies, archeology, economics, fine arts, psychology, urban development, entrepreneurship and management—and 34 U of A students in China. For the fall 2016 semester, two U of A exchange students are studying in Shanghai; plans for 2017 include adding more than 20 summer programs and research internships.