U of A-based online magazine Spectrum gives undergraduate students a place to publish. 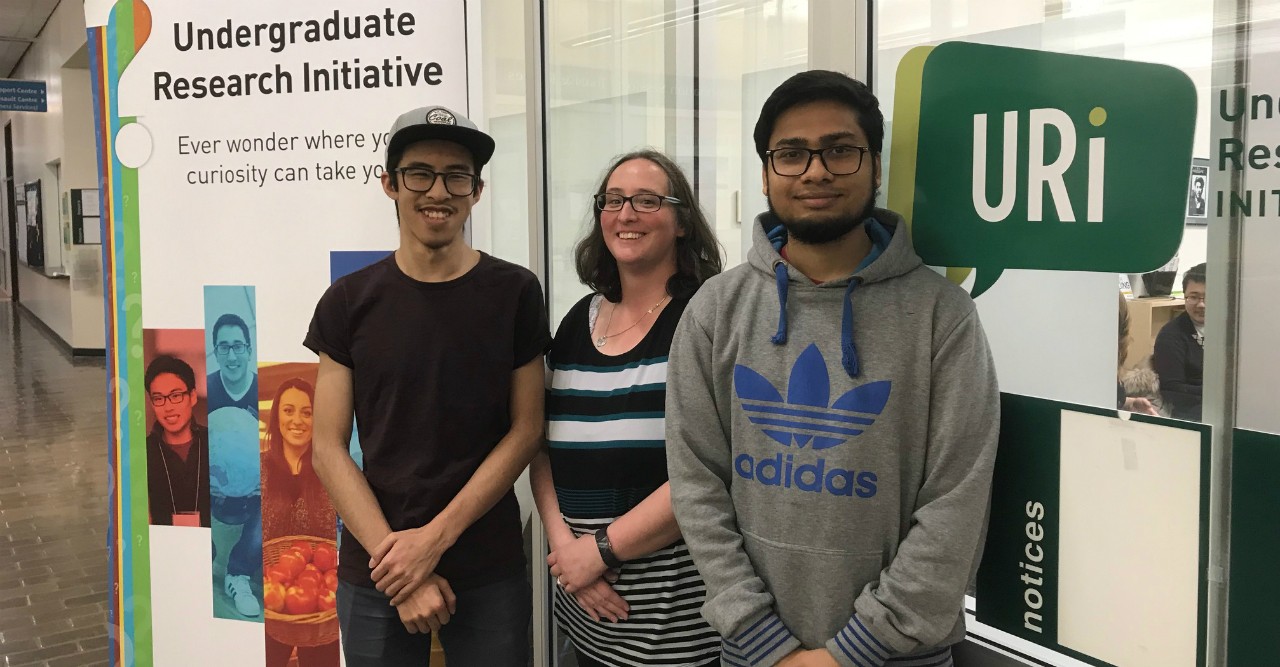 Let’s say you have a burning need to show how power and authority work in J.R.R. Tolkien’s Lord of the Rings according to where the characters fall on the spectrum of good and evil.

You know it’s a fresh take on one of the most talked-about classics of the 20th century, but where would you turn to publish it, especially if your work has never appeared in print before?

If you’re a University of Alberta undergraduate—or indeed any undergraduate in the world—the answer is Spectrum. Launched last June, it’s the new home for fledgling research, no matter how outlandish, unconventional or esoteric.

Published by the U of A’s Undergraduate Research Initiative (URI), the collaborative, interdisciplinary journal introduces students to an often daunting creative journey.

“There’s no better feeling than when you get to tell somebody you're going to accept their work,” said Natalie Eng, one of the student editors on Spectrum’s editorial board.

"And when you see research papers go from awesome to incredible in the editorial process, that’s amazing … I love it.”

In addition to English student Dennis John Werbicki’s inspired take on Tolkien’s classic, the inaugural issue of Spectrum included topics as diverse as leadership models in the fashion industry, Nazism in the German queer community during the Second World War and the effects of cognitive stress on asthma exacerbations among university students.

You don’t find variety like that in just any journal, said Crystal Snyder, Spectrum’s editorial supervisor and team lead for URI. Breadth and accessibility are what make it stand out in the publishing landscape.

‘’A publication in Spectrum has given me a head start in my endeavour to become a future researcher,” said business student Dylan Kaseram, who wrote an article on gender diversity and corporate boards for the latest issue.

“Spectrum understands that research questions are becoming more and more interconnected, that is to say, the borders that once defined various disciplines are now starting to blur together.”

The journal is also open to any post-secondary student in the world. So far, there have been submissions from Canadian and American students.

"Launching an undergraduate journal is something I've wanted to do since I started at URI,” said Snyder. “Finding ways to help students disseminate their work is a really important part of the research process."

Spectrum aims to publish twice a year, in winter and fall, with one annual call for submissions. Resources come down mostly to Snyder’s time, and the journal is hosted by University of Alberta Libraries on Open Journal Systems, a software platform that hosts open-access, online journals.

Snyder said there were a few faculty-based undergraduate journals publishing in 2015 when she started developing the idea for Spectrum, but a common problem was staff turnover.

"You have a really keen group of students at the beginning and then they move on,” she said. “Continuity of undergraduate publishing is a real challenge."

Spectrum now has a student editorial board of about eight or nine students who review submissions and distribute to peer editors—one undergrad from within the author’s field of submission, one from outside the field, and one graduate student or more senior researcher—who make suggestions for improvement.

Snyder and faculty adviser and design professor Lisa Claypool ensure the student team is constantly replenished and that training is ongoing.

For student editors, said Snyder, it’s a chance to apply critical thinking in a real-world scenario.

“The expectation is not that they are experts in that field, but that they can read a piece by another student critically and make suggestions for improvement. Sometimes we don't give students enough credit for their ability to read something and give constructive critique,” she added.

For budding scholars, a paper in Spectrum could just be the big break that starts a fruitful research career.

"We're breaking down stereotypes about who does research and what it looks like,” said Snyder. “Seeing other students publish their own work in all of these different areas gives an example that says, 'I can do that.'"

John Evjen, author of “Highlighting Difficulties in Idiomatic Translation,” agreed. “It is important that undergraduate students have the option of having their work reviewed in a more professional way and that there is a reward for their hard work… Every publication that you have strengthens not only your CV but your potential to publish later.”