Point-of-care test could save lives by allowing faster diagnosis and treatment of the leading cause of death for people with HIV. 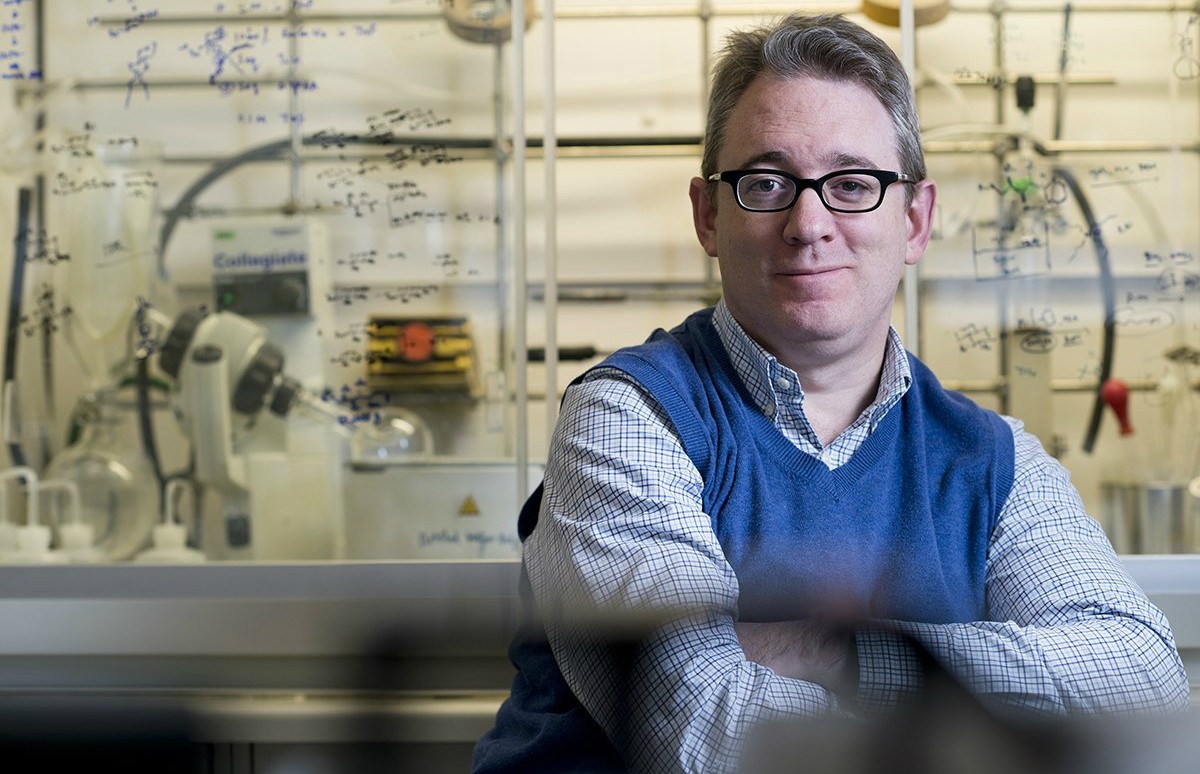 U of A carbohydrate chemist Todd Lowary was part of an international research team that developed a new urine test that can detect tuberculosis earlier and more quickly in people with HIV. (Photo: John Ulan)

An innovative urine test developed in part by University of Alberta researchers can detect tuberculosis in people living with HIV earlier and more quickly than before.

Tuberculosis kills millions around the world every year and is the leading cause of death for people living with HIV. The new urine test will improve the speed and accuracy of diagnosis, providing earlier treatment and improving health outcomes.

“The test works by using an antibody to detect the presence of a carbohydrate produced by the organism that causes tuberculosis,” explained U of A chemist Todd Lowary, who is a collaborator on the project. “Point-of-care tests are important as they can be done in areas where the access to health care is low and comparatively unsophisticated.”

Lowary, an expert in carbohydrate synthesis and the Raymond Lemieux Professor of Carbohydrate Chemistry, was part of an international team, including the Foundation for Innovative New Diagnostics and Fujifilm, that developed the test, called Fujifilm SILVAMP TB LAM.

“Our contribution was to screen the specificity of a selection of possible antibodies against a panel of different carbohydrates to identify the best one antibody,” explained Lowary. “That led to the increased sensitivity of the diagnostic.”

The group has issued a call for trial partners for those who wish to pilot the test in clinical settings. Studies to test the new test’s efficacy with HIV-negative patients and new antibodies are being developed to enhance the test’s performance.

The research was conducted with support from the Alberta Glycomics Centre and the Bill and Melinda Gates Foundation.