Newly named U of A residences honour Indigenous culture and history

Two new residence buildings will bear the names of former senator Thelma Chalifoux and the Cree word for a plant used to build sweat lodges. 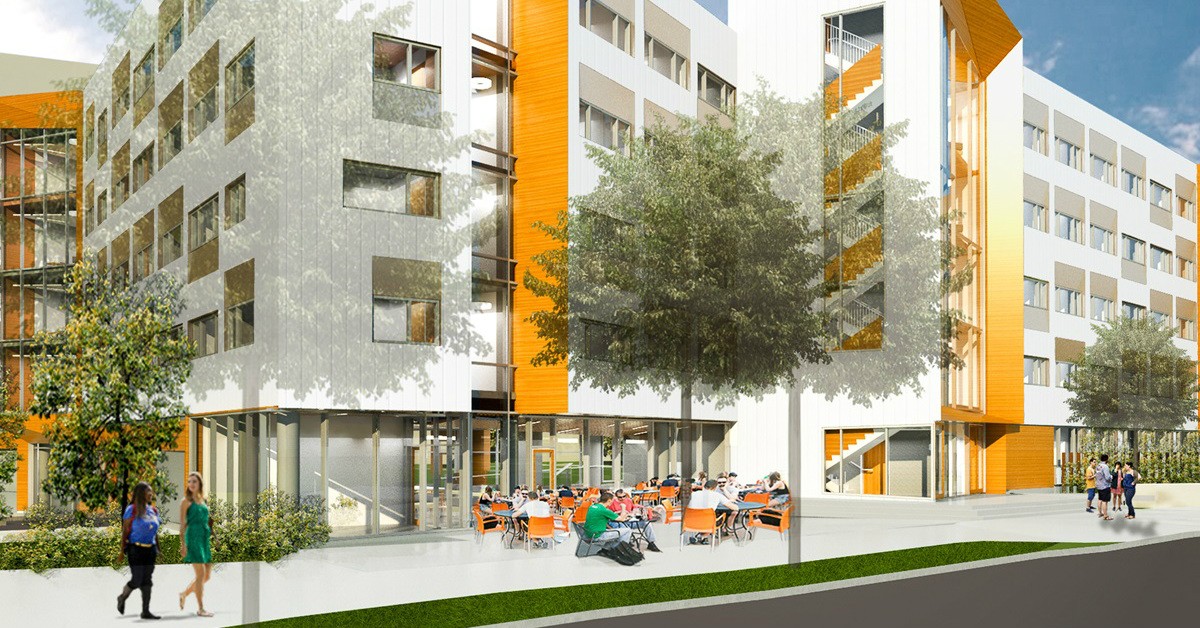 Thelma Chalifoux Hall, named in honour of the Métis activist and former Canadian senator, will be home to 520 students when it opens this fall. A second new building in the East Campus Village residence was named Nîpisîy House, after the Cree word for willow. (Illustration: Residence Services)

The University of Alberta announced the names of its two newest residences today at a meeting of its board of governors.

Thelma Chalifoux Hall, named in honour of the Métis activist and former Canadian senator, and Nîpisîy House, based on the Cree word for willow, will be housing new residents in the fall of 2018.

Both names honour Indigenous history and the university’s location on Treaty 6 territory.

Student feedback from a group of residents was at the core of the months-long naming process, along with input from the rest of the campus community and a handful of engaged citizens.

“We really felt that figuring out the values that went into the naming was more important than the specific name suggestions,” said Janice Johnson, assistant dean of students (residence).

The values the committee identified included a name that reflects the home atmosphere of Lister, that inspires students to do great things, reconciliation, a connection to the U of A, and diversity.

“Lister is a place of tradition, of memory and nostalgia for students, so their input was invaluable to the process,” said Johnson. The committee received more than 100 name suggestions, with Chalifoux nominated twice.

The student committee whittled the submissions down to a shortlist and passed it along for approval from the university architect and representatives from Residence Services, First Peoples’ House and the Students’ Union. Once everyone agreed that Thelma Chalifoux Hall embodied the stated values, her name was passed through the university’s official honorary naming approval process.

Chalifoux was born in Calgary and spent much of her life in Alberta. She was a teacher before serving as the first Métis person in the Canadian Senate from 1997 to 2004, and was always active in her community. Previously, in the late 70s, she had been the first Métis woman to serve on the U of A senate. After she retired from the Canadian Senate, she founded St. Albert’s Michif Cultural Connections, an organization dedicated to Métis culture.

“We are so excited for this naming. She was a great lady and is the perfect role model for the first-year students. She loved young people and being around them,” said Sharon Morin, Chalifoux’s daughter.

Nîpisîy House, the newest building in East Campus Village, was named through consultation with elders and staff from First Peoples’ House and the Faculty of Native Studies, in keeping with the convention of naming the village residences after local plants. The willow plant is used to structure sweat lodges.

Newly named U of A residences honour Indigenous culture and history