U of A scientists suggest renewed emphasis on securing habitat rather than culling wolves or fencing in pregnant caribou. 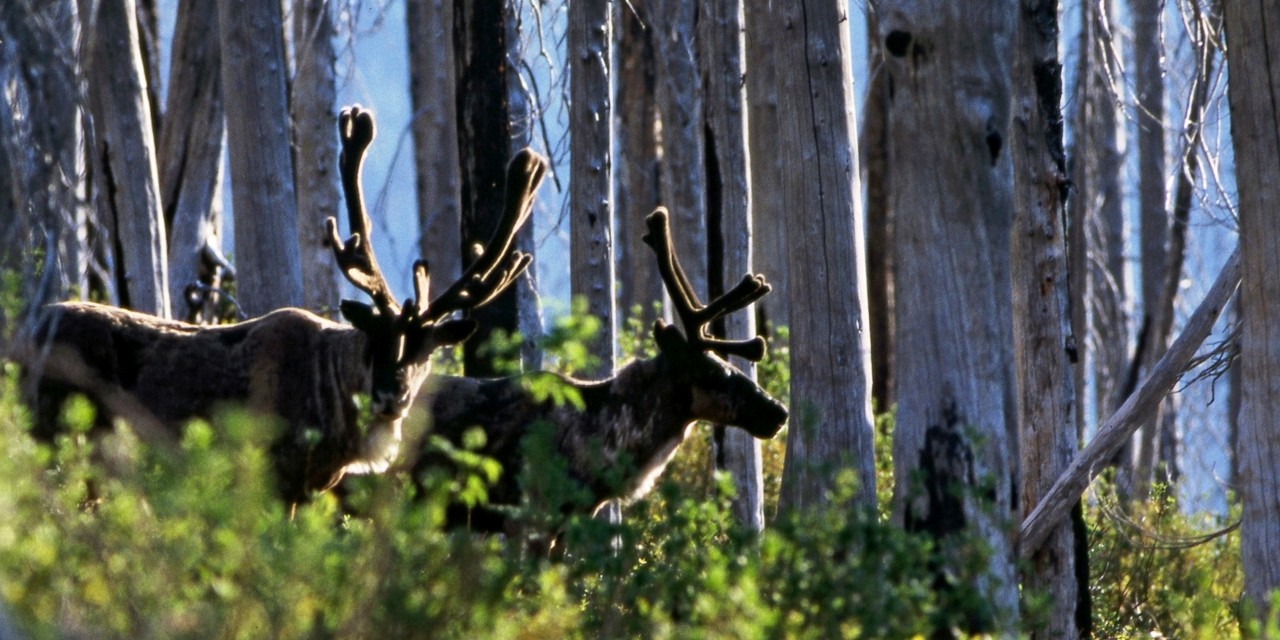 Threatened mountain caribou are suffering steep declines in areas where low numbers are being killed by wolves, according to a new study that suggests culling predators may not be effective in slowing the loss. (Photo: Lee E. Harding)

Addressing potential threats from predators has not slowed the dramatic decline of mountain caribou in British Columbia and Alberta, according to a new study by scientists from the University of Alberta and two other western Canadian universities.

Biologists reassessed data from research published in 2019. The original research has been cited as showing that killing wolves and fencing pregnant caribou are solutions to saving the endangered animals.

The scientists looked closely at the data provided in the 2019 study and found that when routine statistical tests were included, predator control lacked statistical support. They found that some of the steepest declines in caribou populations were in southern British Columbia, areas where wolves are not major caribou predators.

“No matter how you calculate it, the statistics don’t back up culling wolves or fencing in caribou,” said U of A biologist and study co-author Viktoria Wagner.

Instead, the researchers found that caribou declines tracked closely with specific populations of mountain caribou in particular ecosystems. The deep-snow mountain caribou found from Wells Gray Park into the Kootenays experienced the steepest declines despite having a low number of caribou killed by wolves.

“This means something is going on that’s killing off an endangered species and it isn’t being addressed by predator management,” said biologist Toby Spribille, who was also a co-author on the study.

He noted that although focusing on predator threats is simple and easy to communicate, it doesn’t capture the interactions that are causing mountain caribou to go extinct. For instance, the loss of habitat to logging, snowpack variation and snowmobiling are factors that need to be addressed, the researchers said.

“This is an uncomfortable conversation to have but it should not be left out of scientific models,” noted Spribille.”If decision-makers are going to be serious about species conservation, it’s really critical that they get all the information.”

“Forests provide caribou with refuge from wolves and separation from other prey animals, including elk, moose and deer,” said Lee Harding, retired Canadian Wildlife Service biologist and lead author on the study. “Without them, caribou must constantly be on the move to find food, exposing them on all sides. Predators are just one of the hazards.”

The study, “No Statistical Support for Wolf Control and Maternal Penning as Conservation Measures for Endangered Mountain Caribou,” was published in Biodiversity and Conservation.