'No woman should die in childbirth' 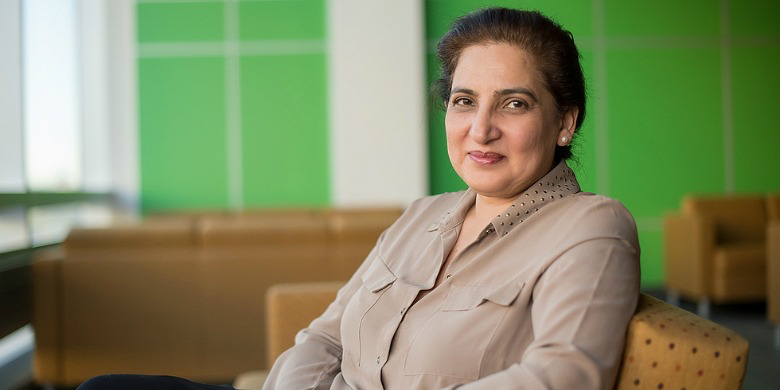 (Edmonton) In advance of the 2010 G8 meeting in Toronto, the federal government approached the University of Alberta about the possibility of creating a global maternal health policy document.

With Canada’s first fully accredited, stand-alone faculty dedicated to public health, a global health unit engaged in maternal health projects around the world, and one of Canada’s top medical programs at the ready, the U of A was the logical choice.

The document served as the centrepiece of Prime Minister Stephen Harper’s platform for selling the world’s economic powers on his government’s position that maternal health is Canada’s top international development priority—and should be theirs as well. Since then, that initial document, according to Zubia Mumtaz, one of its authors, “helped make maternal health a pillar of Canada’s foreign policy in the developing world.”

Five years later, Mumtaz, a researcher in the School of Public Health, and her colleague Duncan Saunders, have been awarded a $1-million piece of a $36-million grant from the Global Health Research Initiative, a research funding partnership of the Canadian Institutes of Health Research, the International Development Research Centre and Department of Foreign Affairs, Trade and Development in support of the Innovating for Maternal and Child Health Program.

This federal government-led initiative, supported by the Bill & Melinda Gates Foundation, will bolster the work of 20 implementation research teams made up of Canadian and African researchers in 13 sub-Saharan African countries to help resolve pressing challenges and better meet the primary health-care needs of mothers, newborns and children.

“Every day 1,600 women die in childbirth and 90 per cent are in the developing world. That’s about four planeloads crashing,” said Mumtaz, whose research will focus on Malawi, which counts 600–700 maternal deaths per 100,000 live births—100 times more than the rate in Canada. “But because they die quietly and silently, nobody comes to know about them.

“No woman should die in childbirth.”

The project itself is specifically aimed at conducting implementation research. Mumtaz explains there have been many pilot studies outlining what needs to be done to improve the survival rate of new mothers, and that Malawi in particular has been responsive in implementing interventions for improving outcomes. Unfortunately, somewhere between pilot project and implementation at the larger national level, “Things start falling apart and they fail to generate expected outcomes.”

“Malawi has a very high maternal mortality rate, yet these women are delivering in hospitals,” said Mumtaz. “Initially the government of Malawi focused on training providers and building hospitals. They did everything and managed to meet the targets, but women are arriving at hospitals and still dying—clearly something is happening in the hospitals.”

Mumtaz adds that, besides building capacity in these countries, one of the strategies of this initiative is to collaborate with people who have the ability to influence policy. In this case, she is co-ordinating her efforts with a collaborator from Malawi’s ministry of health.

“This research is their research—the findings are to be used by the people inside those countries,” she said. “When we take these people on board in the beginning and they co-produce the data, then they own the data and they are more likely to act on it.”

'No woman should die in childbirth'
Newsroom