No wrong way to pick an Edmonton Fringe Festival play

Arts alumnus, author and entrepreneur Todd Babiak shares his thoughts on the Fringe's Shadows in Bloom and his opening night ritual. 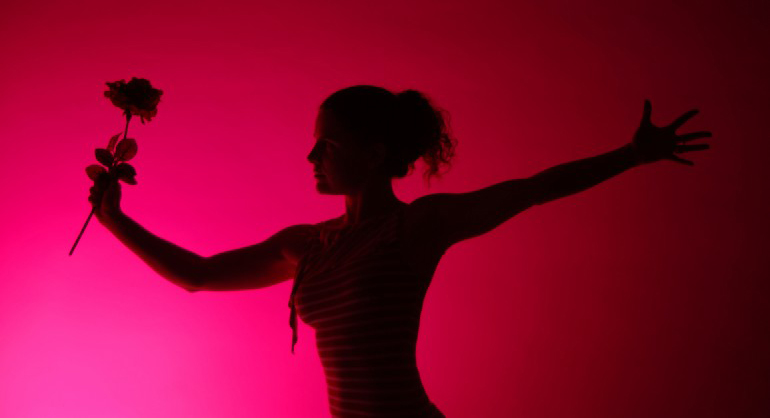 This is the first in a three-part series of Edmonton Fringe Festival reflections from Arts alumnus Todd Babiak. Watch this space for more reviews in the coming week.

We line up in a gravel parking lot to enter a silver grain bin. There are no agricultural products on the other side of the door. The bin, a prairie icon reflecting the late-day sun into our eyes, is only the façade. This is a theatre and somewhere inside it a woman from England, in tight black yoga clothes, prepares for our arrival.

The show is called Shadows in Bloom. I know nothing about it because it is part of my opening-day Fringe ritual. I choose a show randomly.

The Fringe, at its best, is risky business. The playwrights and actors and directors are art entrepreneurs. Some of them are professionals, with day jobs across the river at the Citadel and other theatres in Edmonton and all over the world. Others are entrepreneurs in other ways, but for these 10 days: plumbers and shopkeepers and engineers and lawyers the rest of the year.

I have seen brilliant theatre at the first and biggest Fringe on the continent. But I try not to expect it. Some of my most memorable Fringe moments, over the years, have been at dead bad plays. There was that time an adaptation of Patrick Marber’s Closer just ended halfway through. The lights came on and that was that. Another night a man in white underwear who had messed up his lines and his cues too many times, on opening night, shouted at his fellow actors and at the audience to just “Give him a god damn break, all right?”

It’s part of the experience, an essential part. Expecting—even hoping for—a bad play takes the anxiety out of flipping through the 162-page monster of a program and making the perfect choice. A ticket to a Fringe play is 25 cents cheaper than a ticket to a Cineplex movie, and I can’t remember the last time I felt anything in one of those barns.

Terrible plays are as rare as the amazing ones. The Edmonton Fringe is a perfect marketplace. Reviews and word of mouth travel virally across the grounds. Some shows sell out. Others play to four or five people by the end of the festival. Most do well, fuelled by hard work and curious audiences.

My random choice was a good one. In Shadows in Bloom, Gemma Wilcox plays multiple characters—including plants and lobsters—to tell the story of a 35-year-old woman in the midst of a romantic crisis. I met a friend afterward, for a beer-tent beer and a green onion cake, and together we went through the guide like little boys with a toy catalogue.