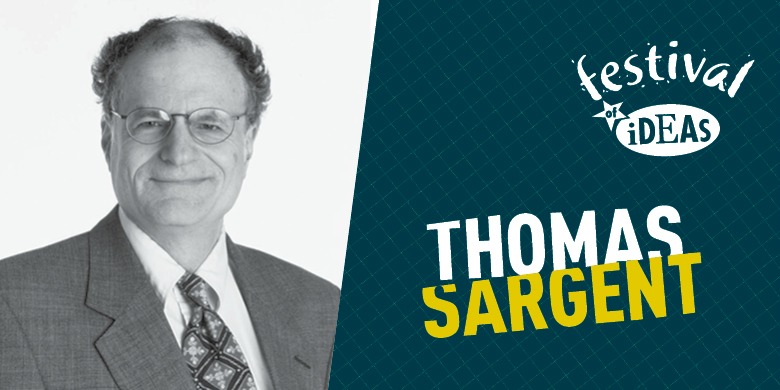 (Edmonton) To bail out or not to bail out—it’s not an easy question. But anyone looking for insight to the messy financial crisis in Europe might want to crack a history book, says a macroeconomist and Nobel laureate.

Thomas J. Sargent, co-winner of the 2011 Nobel Prize in economics with Christopher A. Sims, is in Edmonton this month for the Festival of Ideas, where on Nov. 17 he’ll speak about the rational expectations model he pioneered and how government economic policies rarely have their intended effect.

On the subject of how the European Union should respond to its deep financial crisis, Sargent says there’s no right answer.

“Think for yourself,” he said during his Nobel lecture in 2011. “Should the government default on their debts? Well, there’s costs and there’s gains.”

Costs can include a tarnished reputation that makes lending more difficult and expensive through higher interest rates. The benefits, Sargent said, mean you don’t have to tax as much today to pay off creditors, leading to higher consumption.

Sargent pointed to two instances in U.S. history, one when the federal government bailed out the states and when it didn’t.

The first happened after the War of Independence when the Articles of Confederation created a weak, debt-laden central government and 13 sovereign states, also with their own large debts from financing the revolution.

“That’s the United States then—deep discounts on bonds, unco-ordinated fiscal policies, 13 countries, messy monetary arrangements and a large federal debt. To freely associate, does that remind you of anything?” Sargent asked his European audience.

When the U.S. Constitution was amended in the 1790s, it realigned fiscal principles where states were not able to influence trade policy or tax imports, at the time the main source of tax dollars. The federal government assumed all state debt with a massive bailout, creating a reputation with foreign creditors that when states got into trouble, the central government would always be there.

But when the federal government refused to finance infrastructure projects like new railroads and canals, the states were left to issue their own debts. When the economy crashed in the depression of the 1830s and those railroad bonds went south, the states again called for another bailout.

When Congress refused, that too had consequences, Sargent said, including a damaged reputation about the U.S. as a place to invest. But it also led to state constitutional changes that added requirements for balanced budgets.

Thomas Sargent at the Festival of Ideas

Get tickets for the Edmonton event Nov. 17

Find out about more featured events