Now is not the time to prune those trees, says U of A expert

Trimming in spring or summer puts unnecessary stress on trees and could invite disease-spreading pests. 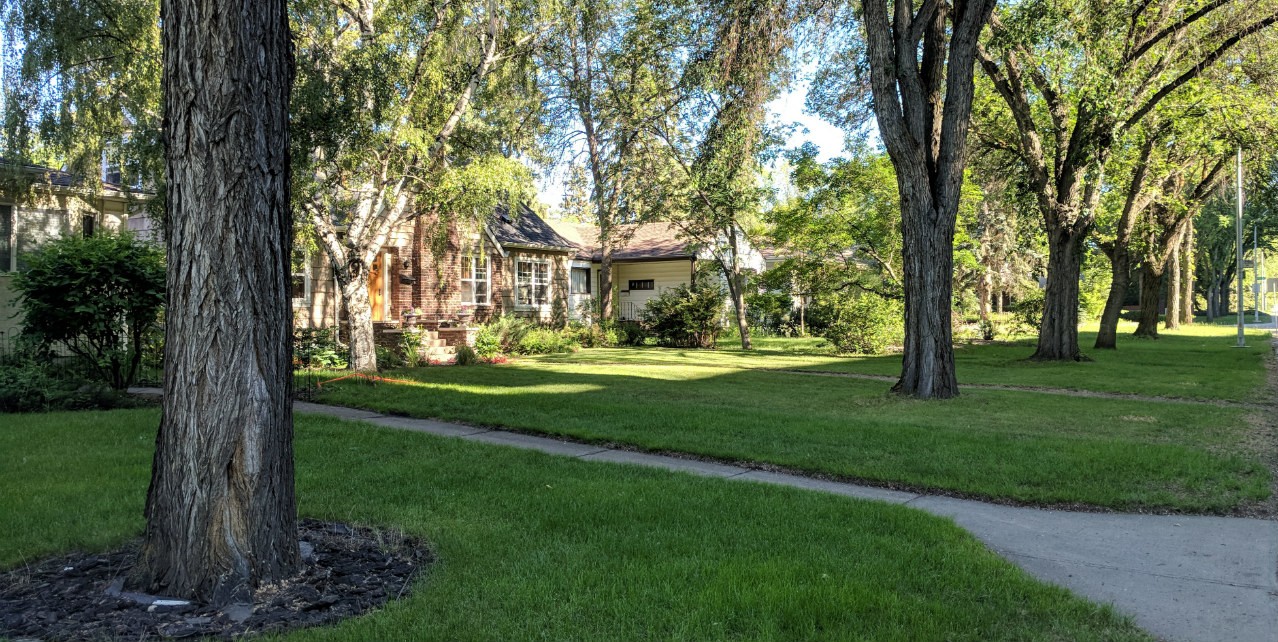 Trimming trees in your yard or street isn't a good idea in spring or summer, says a U of A expert—especially elm trees, because it leaves them vulnerable to the bark beetles that spread Dutch elm disease. (Photo: Sean Townsend)

With spring busting out all over, it’s natural to want to tidy up the trees gracing your yard or street, but put down those shears, says a University of Alberta expert.

“It can be tempting to trim everything, with branches hanging here or there, but cutting live branches on any tree for any reason shouldn’t be happening in spring or summer,” said forest entomologist Nadir Erbilgin. “It gives them stress.”

Pruning living branches between April and October drains resources trees need for photosynthesis, which converts sunlight into the energy needed to produce leaves, flowers and fruit.

“It may not have enough of an effect to kill the tree, but we are in a drought cycle now, even with the current rainfall, and that causes extra stress that pushes trees to the edge,” said Erbilgin, of the Faculty of Agricultural, Life and Environmental Sciences.

Elm trees are especially vulnerable to out-of-season trimming, he added. Edmonton has more than 70,000 elm trees on city land alone, and people may not be aware that pruning those trees is only allowed from Oct. 1 to March 31, according to a municipal bylaw.

“The concern is Dutch elm disease. When we trim elm trees, they release chemicals that attract bark beetles, which carry the disease,” he explained.

The exotic disease originated in Europe and spread to North America in the early 20th century, where it killed thousands of trees in the United States. Though Alberta has so far escaped Dutch elm disease itself, it’s home to three types of bark beetle species known to spread the disease, Erbilgin said.

“They carry the pathogen as adults, and it can spread as they eat plant tissue under the bark. Excessive pruning is potentially inviting an epidemic,” he said.

The insects don’t fly in the fall or winter, but emerge in April and May, attuned to finding the chemical released by pruning.

“You don’t want to take the risk of trimming trees and creating an epicentre for Dutch elm disease.”

In fact, it’s best to let trees trim themselves, he said.

“Pruning is all about satisfying how people want to see their trees, esthetically. Otherwise, they do not need to be pruned. Nature takes care of that.”

Now is not the time to prune those trees, says U of A expert