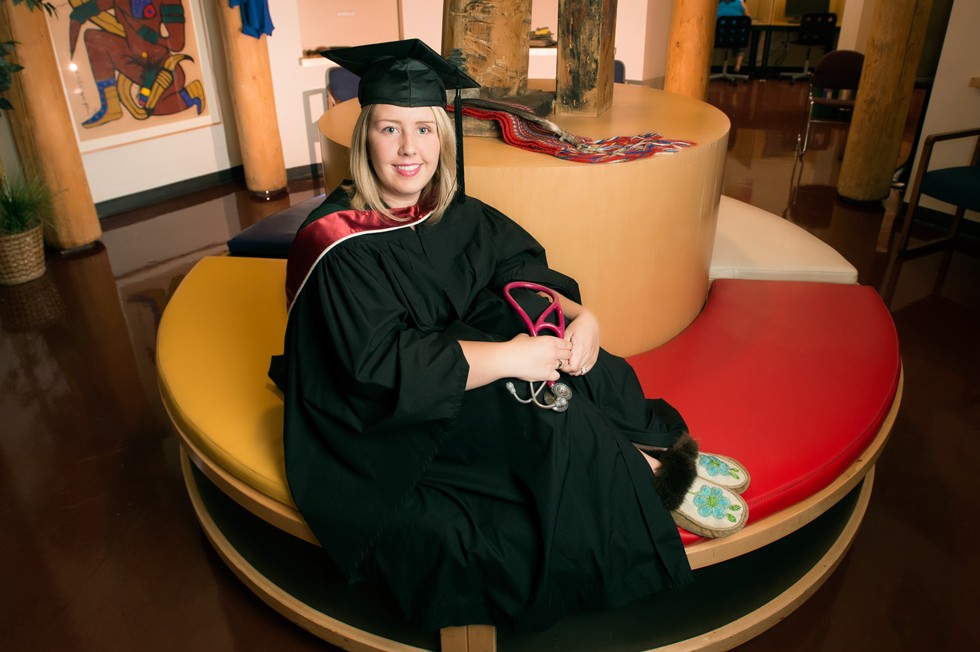 Nursing grad finds her career and culture at UAlberta

Ashley Deschambault lost an eye to cancer as a child, but with help from caring Aboriginal program leaders, she realized her lifelong vision. 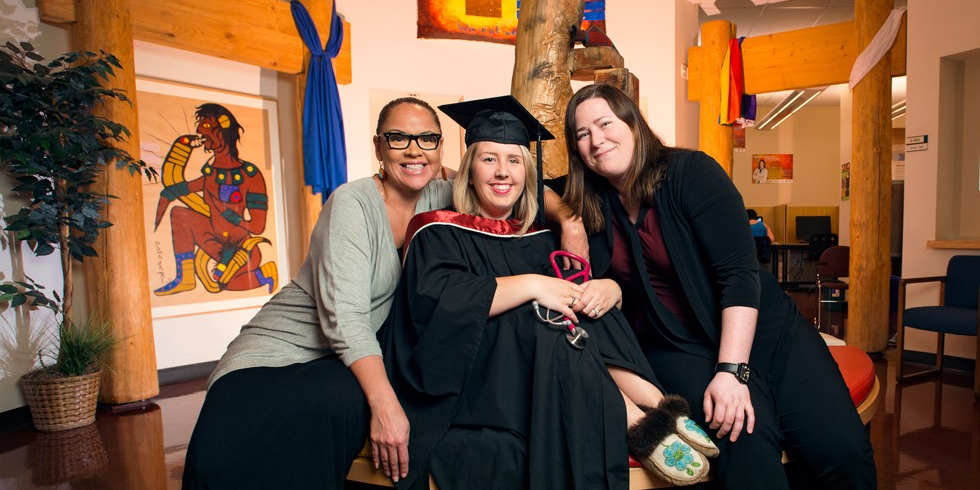 (Edmonton) After losing an eye to cancer at the age of nine, Ashley Deschambault was determined to become a nurse so that she could one day help other patients and their families.

“Nursing is the only job I ever want to have,” she says now. And as she graduates from the University of Alberta with a bachelor of science in nursing June 3, Deschambault knows what was once a little girl’s dream would not have come true without the support of two U of A Aboriginal programs and their caring leaders.

“The impact that Suzanne Butler of the Transition Year Program (TYP) and Shana Dion of the Aboriginal Student Services Centre (ASSC) had for me is huge, because without them, there is no way I would have made it through university,” Deschambault said. “There’s no way to ever thank them enough.”

Deschambault credits TYP—and Butler’s guiding advice—for strengthening her grades enough to be accepted to the U of A Faculty of Nursing in 2009.

“In high school I was not even close to being an A student, so I had to upgrade all my class marks to get a good grade point average to be granted admission into nursing. I knew if given a chance, I could make it. TYP gave me that chance and by the time I got into the nursing program, I had a sense of community with other TYP students, rather than feeling lost.”

Butler, co-ordinator for TYP, helped answer “any questions a university student can come up with,” Deschambault added. “Whether it was about scheduling or study tips, I could always go to her and her door was open. She helped me figure out where to get information and that was a big help for me as a student.”

It was rewarding to see Deschambault’s determination to earn a degree—and her equal commitment to have fun along the way, Butler said.

“She knew from day one that she wanted to be a nurse and that she would need to work really hard to achieve that goal. She has always been outgoing, resourceful and hard-working, but the best part of seeing her progress was getting to see her kind, caring and fun side.”

Eager to try new things, Deschambault signed up for everything from volunteering with ASSC at campus round dances to taking kick-boxing classes.

“The U of A was a safe environment to try new things, and I loved knowing that every year, starting a new semester or a new activity, I was going to meet a new friend. The biggest thing I gained was confidence in my academics.”

An atmosphere of caring and community offered by Dion and the ASSC also helped Deschambault stay on track through years of study and connected her to her Métis culture.

“It allowed me to discover who I was as an Aboriginal person, and I saw how successful the staff of the ASSC are and how proud they are of their culture. I used that as a building block for myself, knowing I was Aboriginal and then becoming a nurse. Now, I can help sick people, and also identify things specific to my culture that can help Aboriginal patients in that way, too.”

Deschambault is “a dedicated and noteworthy Métis woman who will be an amazing nurse in going the extra mile in caring for patients,” said Dion, director of the ASSC.

During her time volunteering at the ASSC, Deschambault was able to give back and balance her academic studies because of her personal qualities, Dion said.

“As time went on I was able to witness Ashley’s resiliency, determination and orderliness, which I believe got her through trying times.”

Deschambault, who now works as a nurse in a rural community hospital and plans to expand her career as opportunities arise, is grateful for her U of A experience.

“I’ve grown as a person. The U of A isn’t a factory that educates you and pushes you out. Aside from all the technical knowledge I now have, it opened my eyes to the world.”

Nursing grad finds her career and culture at UAlberta
Newsroom