Up-and-coming leader Shannon Scott one of three U of A researchers recognized by Canada’s oldest scholarly institute. 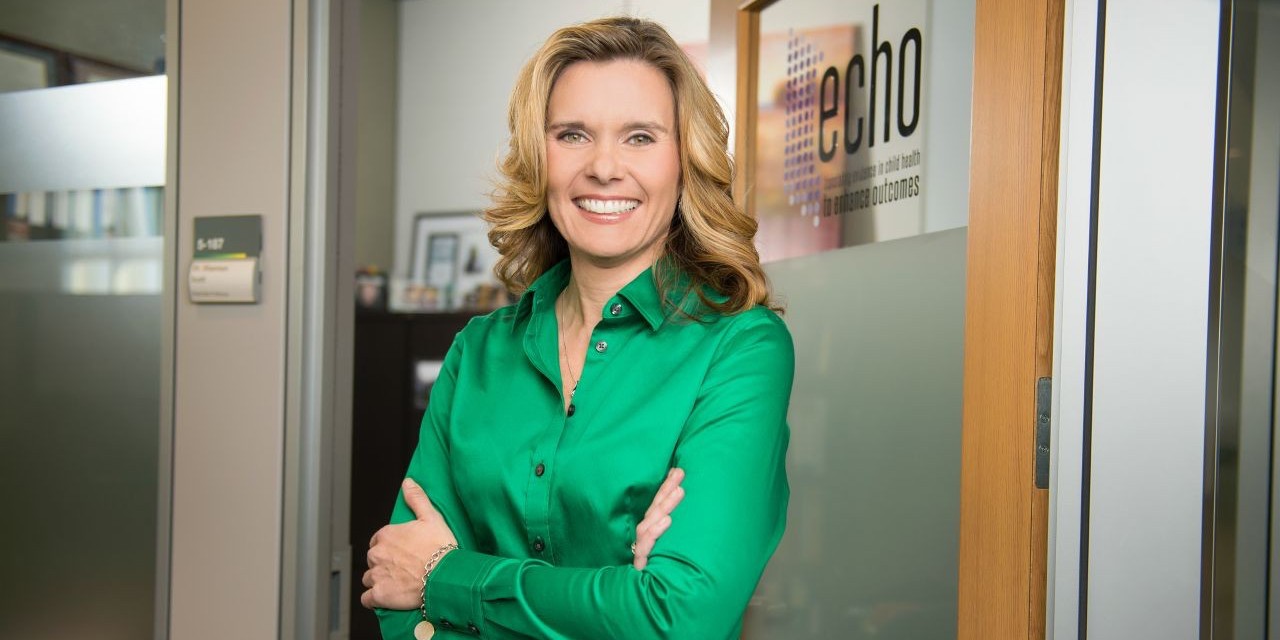 (Edmonton) On September 22 the Royal Society of Canada announced its 2015 cohort of members to the College of New Scholars, Artists and Scientists. Included among the 48 researchers, who represent the emerging generation of intellectual leadership in Canada, was nursing professor Shannon Scott.

"I'm incredibly thrilled about this enormous honour," said Scott, who holds a Canada Research Chair in Knowledge Translation in Children's Health. "I just feel as though I am part of an amazing group of very accomplished people and view it as an indicator that I am on the right track with my research."

Since joining the Faculty of Nursing in 2008, Scott has been making waves as an up-and-coming leader in knowledge translation. With a mantra of empowerment, Scott has spent her career working to improve outcomes for children and families by providing them with the best available research-based evidence to inform their health and health care.

"Taking very complex research and distilling it into formats such as stories or videos empowers families by helping them understand information they need to know to make informed decisions," said Scott, who believes this empowerment will ultimately result in more efficient use of health-care services.

She's not the only one who holds this belief.

"Scott is an impressive new scholar," said Anita Molzahn, dean of the Faculty of Nursing, "and her research on knowledge translation related to care of children has the potential to make a huge difference to the outcomes of health care for children and families—not only in Canada, but globally. It often takes many years before research findings are implemented, and by facilitating the uptake of evidence, better care can be provided and children and families will benefit."

Scott views her induction to the Royal Society college as a way not only to extend the reach of her research, but also to take it in new directions. "It's really meaningful to me and exciting for my profession to have a nurse join this group of people and to demonstrate that nurses do make an important impact on society."

Scott is one of three researchers from the University of Alberta who were named to the college. Also inducted were Jonathan Martin of the Department of Laboratory Medicine and Pathology, for his discoveries of new organic contaminants and how they affect our health, and Keavy Martin of the Department of English and Film Studies, for her commitment to fostering respectful relationships between Indigenous knowledge and academia.

The Royal Society of Canada was founded in 1882 and is Canada's oldest and most prestigious scholarly institute. The members of the college have been nominated by 51 Canadian universities and the National Research Council and will address issues of particular concern to new scholars, artists and scientists, for the advancement of understanding and the benefit of society, taking advantage of the interdisciplinary approaches fostered by the establishment of the college. The criterion for election is excellence, and membership is for seven years.