It’s a vulnerable population of frail individuals, and I think it’s important for us to recognize that as clinicians so that we can treat them appropriately. 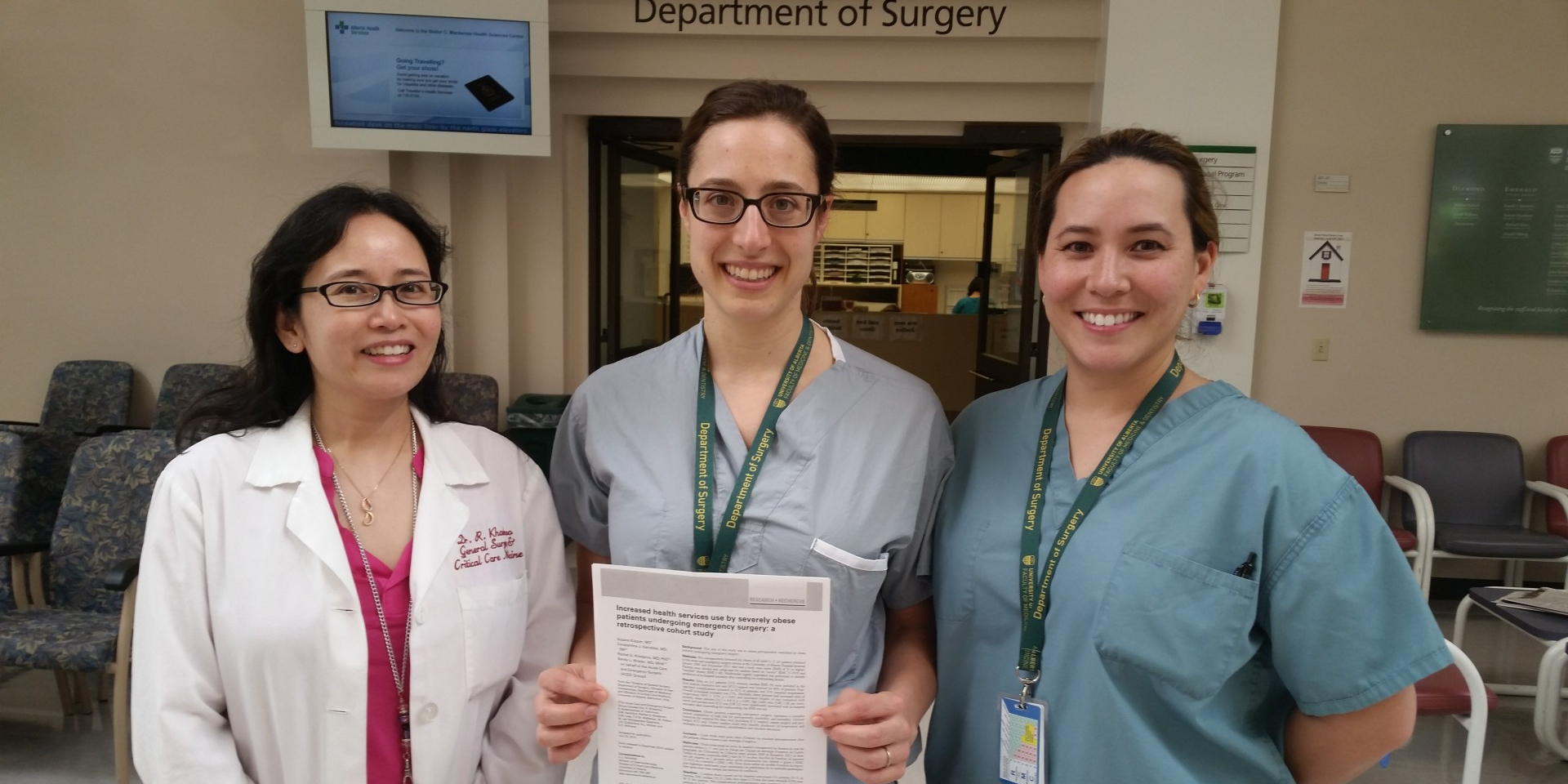 (Edmonton) Research from the University of Alberta’s Faculty of Medicine & Dentistry is revealing the heavy surgical consequences of severe obesity.

The study, published in the February edition of the Canadian Journal of Surgery, looked at the results of severely obese patients in need of emergency surgery. Of the patients studied, 40 per cent needed to be admitted to an intensive care unit, and just under one in five (17 per cent) did not survive to be discharged home.

“This is one of the first studies to show in an emergency surgical population that the severely obese patients have such risk for major complications and death,” says Rachel Khadaroo, an assistant professor in the Department of Surgery at the U of A and co-author of the study.

The study involved 111 patients treated at the U of A Hospital between 2009 and 2011 who had a body mass index of 35 or higher. The study also showed that one-third of patients required multiple surgeries and that the heaviest patients had the highest complication rates.

The researchers say several factors may play a role in the findings. Severely obese patients often have underlying health conditions such as high blood pressure or diabetes that increase their risk of post-surgery complications. Many also suffer from sarcopenia—a deficiency in muscle—which can have an impact on recovery. The poor results may also be partially explained because of problems with malnutrition among severely obese patients.

“Even though these patients are taking in a lot of calories, a lot of them are empty calories,” explains Suzana Kupper, a general surgery resident at the U of A and lead author of the study. “They are not coming with associated vitamins and minerals and essential fatty acids that the body needs to run well.

“Because of this, they have impaired healing essentially relating to this malnutrition of obesity. A diminished ability to heal may explain the substantial need for ICU support, reoperation and the high mortality observed in our study.”

According to Statistics Canada, in 2013, 19 per cent of Canadians aged 18 and older—roughly 4.9 million adults—reported height and weight that classified them as obese. The World Health Organization estimates that excess body weight is responsible for 2.8 million deaths each year.

The researchers, who are all part of the Acute Care and Emergency Surgery (ACES) Group at the university, say educating physicians and surgeons about the risk factors for severely obese patients is a key step moving forward.

“It’s a vulnerable population of frail individuals, and I think it’s important for us to recognize that as clinicians so that we can treat them appropriately,” says Sandy Widder, an associate professor in the Department of Surgery and senior author of the study. “This knowledge can help us allocate resources and specialized equipment in the future to better meet their unique needs.”

Research funding for the study was provided by the M.S.I. Foundation.