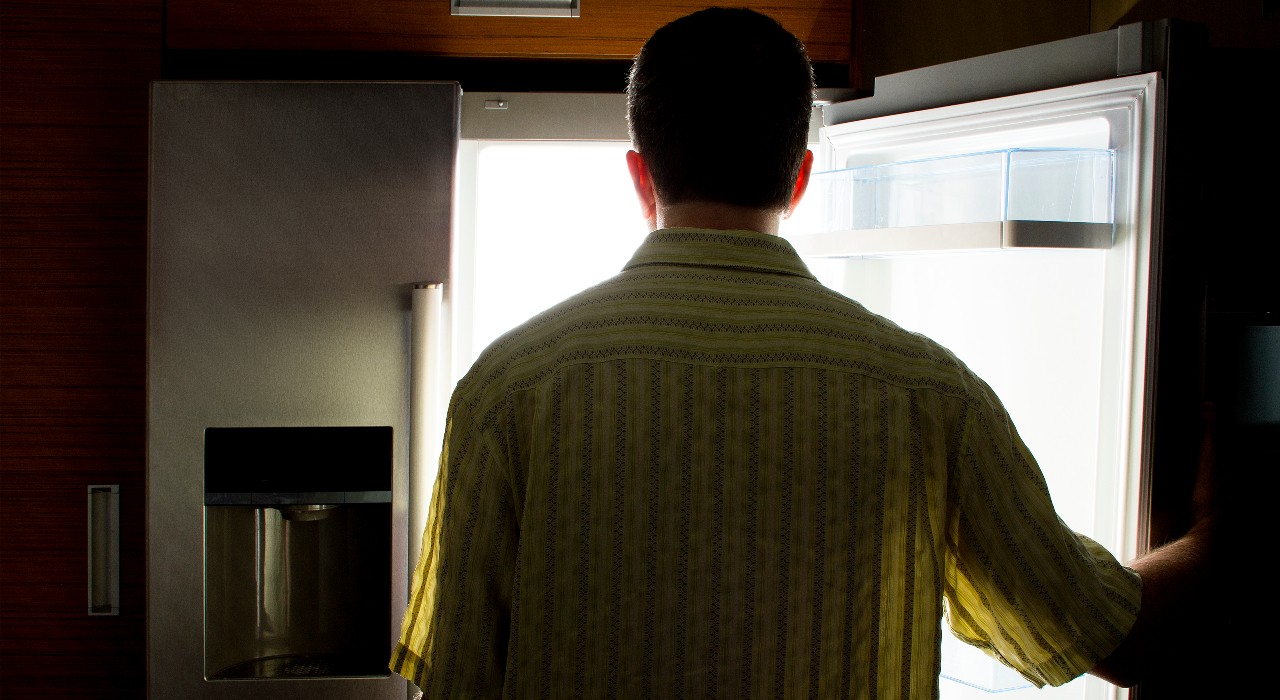 A new U of A study shows that people under financial strain have a stronger desire to eat—which could mean rates of obesity may rise because of the COVID-19 pandemic, especially among people who have lost their jobs. (Photo: Getty Images)

As financial stress mounts, so does the desire for all kinds of foods, according to a University of Alberta study that hints the COVID-19 pandemic will increase obesity rates, especially among those who have lost their job.

U of A consumer psychology researcher Jim Swaffield and his co-researcher Qi Guo conducted an experiment with 564 participants to examine the relationship between environmental stressors and the desire to eat.

Participants were shown images of 30 food items and were asked to rate how much they desired each item. The participants were then asked to read one of six scenarios that described someone's current living conditions.

Each story featured someone living in either "safe" or “harsh" conditions, and revolved around a situation involving social support, economic prospects or physical safety. After reading the story, participants were again asked to rate how desirable each food item was.

What the pair found was that as financial stress increases, the desire to eat also increases.

Swaffield explained that when we are stressed, our bodies produce cortisol, a stress hormone. Cortisol triggers the pumping of blood to the large muscles in preparation for a fight-or-flight response. Under stress, bodies send a signal to eat more and fuel up.

“This is an evolved response,” he said. “In harsh conditions there is generally a food shortage. Both animals and humans unconsciously sense or pick up cues from the environment that tell them their conditions are worsening.”

In response to these cues, Swaffied said many animals experience an unconscious drive to overeat, building an inventory of food in our bodies, like a bear does before it goes into hibernation.

“Think about how people responded when the COVID crisis first happened,” he said. “People squirrelled away food because they thought the environment was becoming harsher.”

The researchers—whose study, "Environmental stress effects on appetite: Changing desire depends on the nature of the perceived threat," will be published in Evolution, Mind and Behaviour in August—also looked at the impact of stress associated with poor social support networks and concerns about physical safety. They discovered that poor support networks and concerns with physical safety actually decreased appetite.

Swaffield suggested this decrease in appetite when there are concerns for physical safety may be adaptive because it enables the individual to stay focused on reducing the threat rather than acquiring food.

He suggested those who are the most militant about keeping social distance and wearing masks are the most likely to feel physically threatened by the virus and the people around them. This may magnify their social isolation, thus creating social stress for them too.

Swaffield also noted the breakdown of social networks may be hardest on those with an extroverted personality.

“Extroverts need social stimulation. Otherwise, this creates cabin fever and frustration, just like a wild animal that gets locked in a cage,” he said. “This too could lead to anxiety and a lack of appetite.”

And while seeking out high-calorie foods can be a good thing in times of scarcity, Swaffield said our instinctual drives need to be managed if we want to prevent excessive weight gain during the pandemic-induced financial crisis.

To this end, he said managing consumption begins at the grocery store, where we need to avoid the temptation of buying foods that are hard to resist.

As well, pre-planned meals are a good way to avoid fast food.

“When we’re tired, we don't feel like making a meal. This is also the time when we’re the most likely to give into our temptations and snack,” he said. “If we prepare and store some healthy meals, when we are feeling stressed, they will be all ready to go.”

Swaffield also suggested writing down everything you eat.

“We have a propensity to underestimate how much we eat in a day. Keeping a log of what we eat can help us regulate our energy intake,” he said.

“We should also remember that things will eventually be back to normal. As the old saying goes, ‘This too shall pass.’”