UAlberta’s Ingenuity Lab developing nanotech mesh that pulls oil out of water, then releases it so it can be reused. 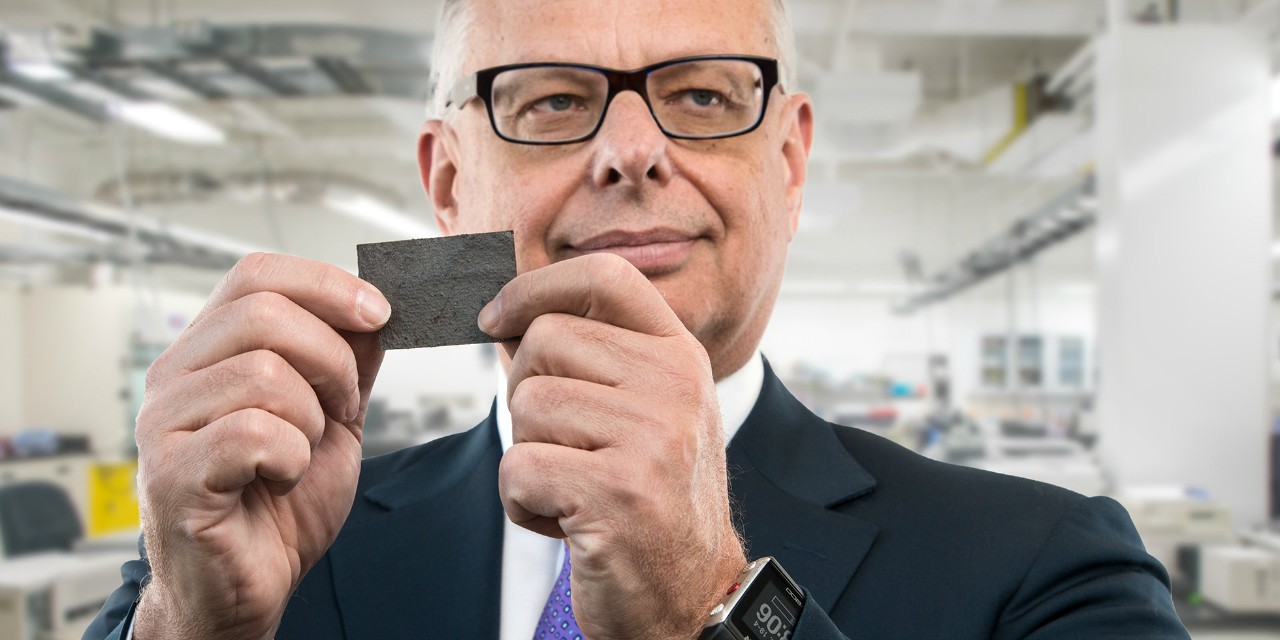 A University of Alberta team behind an oil spill response technology that holds the promise of averting ecological catastrophes caused by punctured oil tankers and underwater pipeline ruptures has received $1.7 million from Natural Resources Canada.

The technology, developed by the Ingenuity Lab, a U of A-based nanotechnology accelerator, uses a carbon-nanotube mesh that has been functionalized with other minerals and polymers to act as a sponge that attracts and then absorbs oil on and under the surface of water bodies.

Carlo Montemagno, director of the Ingenuity Lab, explained that when this mesh is saturated, it is removed from the water. It is then exposed to stimuli such as ultraviolet light, heat or electricity, which makes it take on a hydrophobic property and expel the oil.

“We were able to demonstrate the effectiveness of the membrane a year ago. Now we are in the process of developing a system for producing it at a large scale,” said Montemagno. “Where you might see it is being rolled off the back and dragged or moved through the water. As it becomes saturated, it would be brought on board, the oil would be expelled and it would be redeployed.”

Montemagno envisions this technology becoming standard on ocean-going vessels but also as a tool for oil spill cleanups in rivers or streams.

“If you want to clean up a spill as fast as possible, you have to get the heavier oil at the bottom as well,” he said. “It will do a better job and make sure impact on the environment is minimized.”

Montemagno said tests have shown that this technology will clean up nearly 100 per cent of a spill, adding that industry will be able to reuse the spilled resources that would otherwise have been wasted.

“Recovery of the product might be able to offset some of the cost of the spill.”

He noted that the technology has wide-ranging applications where emulsions need to be separated out, such as in the production of oil, food or nutraceuticals. Montemagno and his team are now working on building a preproduction pilot system to produce the material at scale. Their intention is to begin real-world field testing in less than two years.

“Our mission is to develop solutions to significant societal problems and challenges, and translate those solutions to the marketplace.”