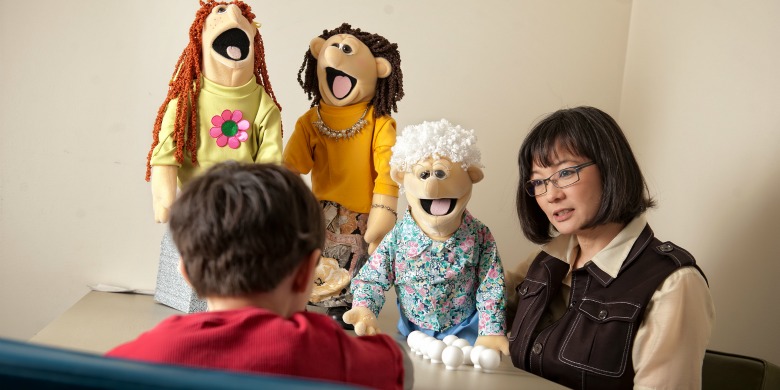 (Edmonton) If people think their toddlers are missing the old-person barbs that Homer, Bart and the others toss at Grandpa Simpson, they may want to change their minds—and the channel. Young children are capable of picking up on ageism and stereotyping of older people, and they are also acting on it, showing similar ageist biases, says a group of University of Alberta researchers.

In an article published in Educational Gerontology, Sheree Kwong See, a behavioural psychologist, and her co-authors Carmen Rasmussen and Quinn Pertman say that kids are able to pick up on our cultural stereotypes through observing interactions with older people. These observations are in turn tainting their responses towards older people. Kwong See says this behaviour marks a failure to treat ageism in the same way as racism and sexism—a deficiency that not only perpetuates the behaviour, but also propels these same children towards becoming a caricature of their own beliefs, a self-fulfilling prophecy, in their old age.

“The study results answer some specific questions about children and the development of ageism, but the implications are bigger,” she said. “We’ve heard so often that you should treat other people the way that you would want to be treated. This study contributes to a bigger body of research suggesting this really is a good rule to live by, and the world would be a better place if we all did.”

In the experiment, the researchers used humans and puppets as experimenters to ask children a question regarding the number of articles present. When the spacing between articles changed, the experimenters asked the children to indicate again how many articles were present. Because children are always processing and trying to understand what is happening in their social interactions, said Kwong See, they tended to respond differently depending on the perceived age of the person asking the same question. She said with humans and puppets, the children’s responses to the corresponding age groups of experimenters were different, noting that response reflects inferences on age and ability.

“The way the experiment was set up, if an older person asks you the same question twice in a row, if you’ve got beliefs about aging, then you might assume that the older person is asking because of poor vision—they can’t see what’s just happened, they can’t hear you or they’re just confused,” said Kwong See. “[With the results of this study] we now have pretty good converging evidence that there’s an early start to this age stereotyping.”

Dim view of aging may lead to unrealistic self-perception

Kwong See says these stereotypical views become internalized over time, affecting not only the way we treat and speak to older people, but also how we view ourselves as we age. She says current research looks at how these beliefs affect people’s self-view and their actions as they get older—and possibly even their longevity.

“By the time you’re an older person, the stereotypes you knew as a child and acted on as an adult come to be a self-fulfilling prophecy and come to apply to you,” she said. “That can subsequently have an impact on how you behave cognitively and how you interact with other people.”

Kwong See would like to see people be as proactive about quelling ageism as they are about issues like racism and sexism. She said intervention needs to start early to combat the negative stereotypes and to avoid the cycle people go through from being the perpetrator to being the target.

“The reality of aging is that there’s considerable heterogeneity; older people differ. They differ a lot, and that is a more complicated story to portray, but it is the truth.”