U of A experts caution against their use and recommend other, safer strategies for a better night’s sleep. 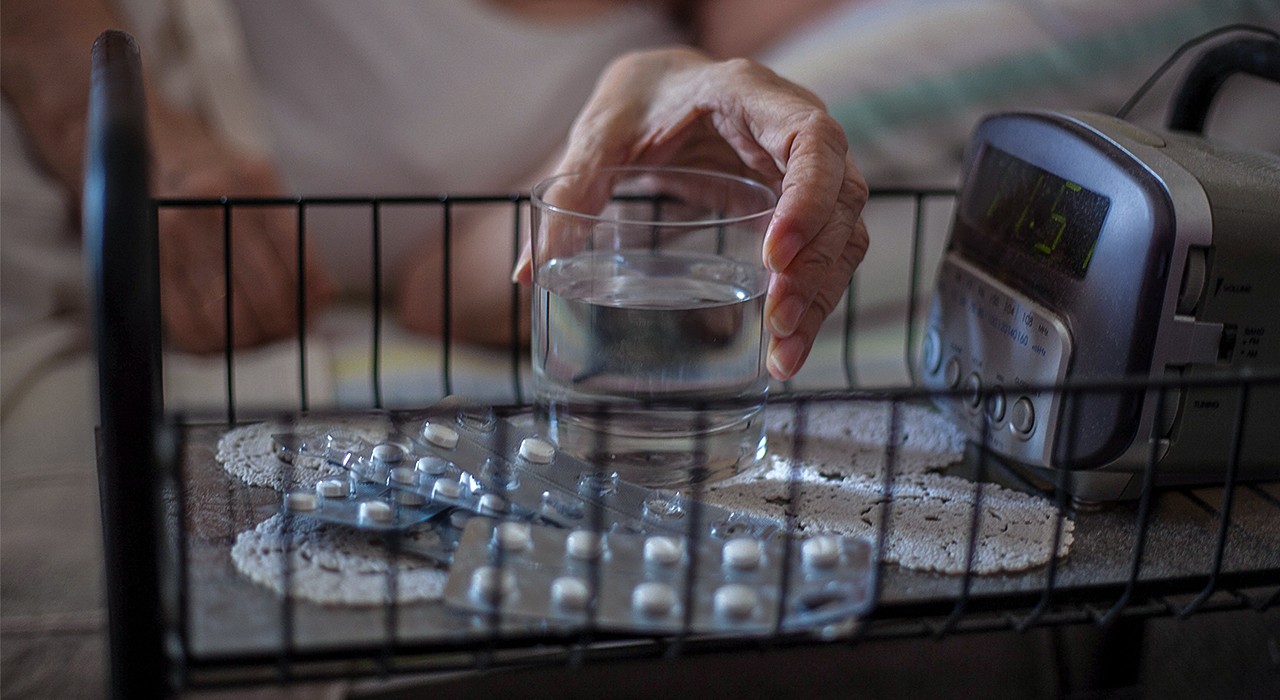 Benzodiazepines and other sedative-hypnotic drugs are frequently prescribed for older adults to help them sleep. While these drugs may help in the short term, a U of A family medicine physician says their long-term use provides very little benefit and comes with serious risks. (Photo: Getty Images)

Older adults in Canada are being overprescribed benzodiazepines and other sedative-hypnotic drugs with brand names such as Ativan, Valium and Xanax, according to University of Alberta experts.

“These drugs are among the most frequently prescribed for older adults, often to aid with sleep, and while there are short-term pluses, the long-term use has very little benefit and comes with serious risks,” said Jean Triscott, a U of A family medicine physician and founder of the U of A’s Division of Care of the Elderly.

According to a study the researchers published earlier this year, benzodiazepines make up 20 to 25 per cent of inappropriate prescriptions in the elderly, with rates of use ranging from five to 32 per cent in community-dwelling older adults.

“We’d like to see public health awareness raised around the dangers of benzodiazepines in older adults and for physicians to consider other, much safer approaches to address sleep issues,” Triscott said.

One of the reasons for this higher rate in older women is that many middle-aged women are prescribed sedatives to help them deal with hot flashes and sleep disturbances during menopause, said Donna Manca, a family medicine physician and professor in the Department of Family Medicine.

“Although they are not the best option for aiding sleep for these women, these women run the risk of becoming addicted to them and often continue to use them into their senior years,” she added.

Studies show that up to 50 per cent of doctors say they renew prescriptions because of patient dependence and perceived benefit, said Bonnie Dobbs, research director for the Division of Care of the Elderly.

It is no longer recommended to prescribe a sedative-hypnotic drug to treat insomnia or anxiety, according to Updated Beers Criteria for Potentially Inappropriate Medication Use in Older Adults released in 2015 by the American Geriatrics Society, noted Triscott.

Because older adults don’t metabolize medicine as quickly, sedative drugs stay in their system longer, which can result in patients feeling tired, weak and less alert.

“In addition, these drugs are addictive, so when you do stop taking it—even with proper weaning instructions from your doctor—you will have trouble sleeping and feel greater anxiety,” said Triscott.

If you are taking sedatives at present, visit your doctor and discuss alternative medicines, advised Triscott.