Here’s what UAlberta experts had to say about some of the biggest issues of 2015. 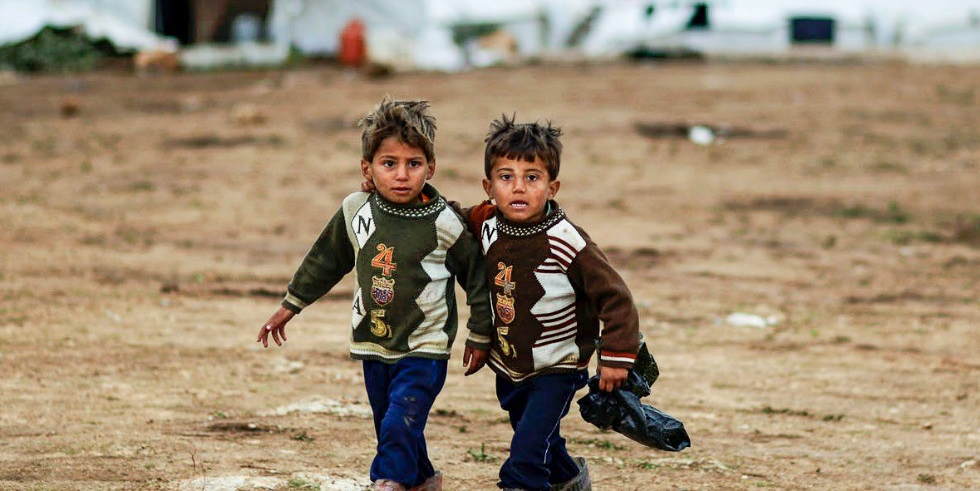 On the refugee crisis

“As I listen to the news, I hear an item, calling on all nations to open their doors to refugees from Syria. But as occurred in the 1930s, in the rest of the world, no one gives a damn.”

—George Goldsand, former associate dean of the Faculty of Medicine & Dentistry and founder of the Division of Infectious Diseases, Edmonton Journal, Sept. 15

“The Canadian response to the [Syrian] crisis is a stark reminder of how much our foreign policy has changed and how the reduction in the government’s diplomatic services has left us woefully inadequate to respond.”

“The problem with the photos is that they pop up for a time and then people will forget about the crisis. We should try to let people know more about what’s going on in Syria with the hope that it could push governments into action.”

“Sometimes you don’t get [a response] right because you didn’t have any public support to do it and then all of a sudden something happens, like this picture, and public opinion changes. I think we often blame our politicians for the fact that we don’t want things to happen. And we suddenly overnight change our minds and they’re scrambling to catch up with us.”

“When a country is destroyed by war, developed countries rush in to stake their share in the rebuilding process, providing construction, cars, clothing, etc. But lives are never regained. So let's stop our continued funding of unnecessary wars. The more war we have, the more people will be displaced and the more refugees we will have.”

“I imagine that somewhere right now, there is a young woman in a refugee camp in Jordan or in Lebanon, or someone else maybe stuck at the border in Hungary, and they think their life has ended. They don’t know what to expect. They have left everything behind, and they are facing a very uncertain future. A year from now, I think of that person who could be here on the campus of the University of Alberta redefining their life, changing their life, and through that person, they will reach out and affect the lives of thousands.”

On the NDP victory in the Alberta election 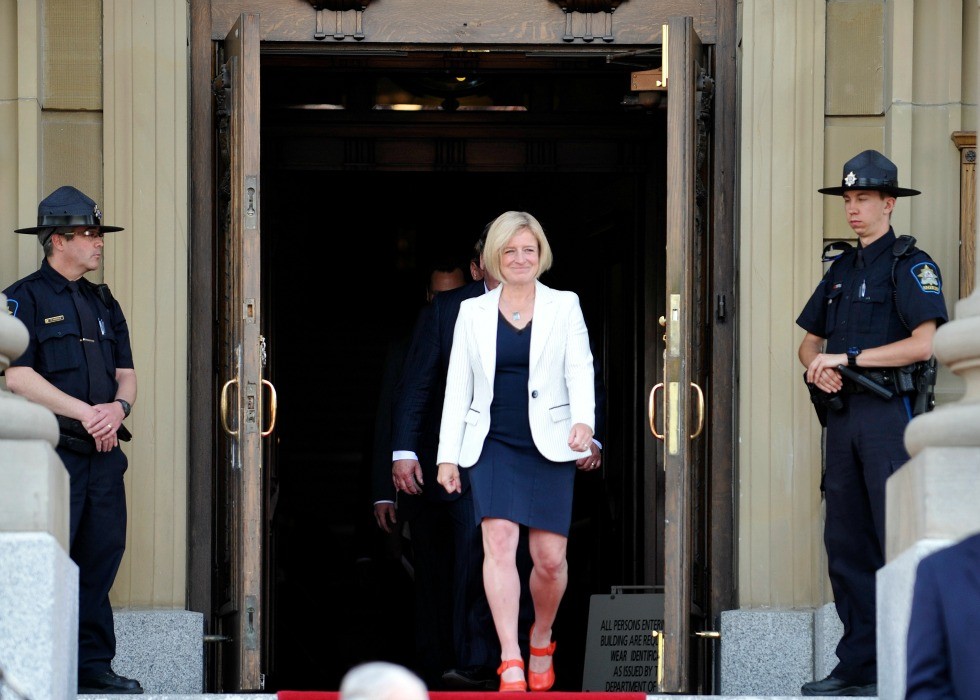 "I think what we're going to see is that the provincial government will try not to cut spending and try to put some emphasis on infrastructure spending in an attempt to assist the economy…. I don't think we're going to see the average taxpayer hit in this immediate budget."

“Tradition would say that voters will side with the incumbents…. [The incumbents] are the ones who called the election, which means they would be out faster to get their campaigning started.”

“I think Albertans elected a very diverse group of MLAs, obviously—we have younger people, we have older people, so I think what the younger MLAs are going to be able to bring is this fresh perspective on politics."

—Thomas Dang, who was a computing science student at the U of A when he was elected this spring, CBC.ca, May 7

"I don't see that much difference between Rachel Notley and Peter Lougheed. That's a high compliment."

“Next time somebody asks you what you can do with your BA, why not suggest they ask Rachel Notley what she is doing with hers?”

On Truth and Reconciliation 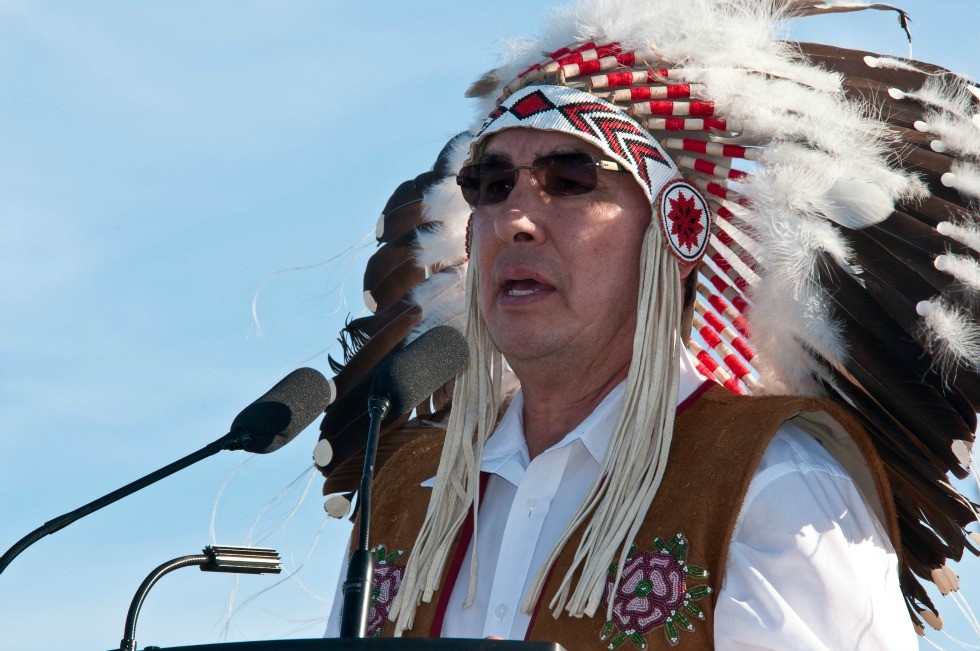 “I was sometimes sitting in the room listening to my story, my childhood story, being told … and recalling my own experience being very similar or just almost identical to the witness that was sitting in front of me. So that was very hard emotionally. As you can imagine, there were times I shared a lot of tears.”

—Chief Wilton Littlechild, Truth and Reconciliation Commissioner and U of A alumnus, The Hill Times, June 1

“It was so gut-wrenching, I actually couldn’t stand it. There’s a lot of wounding, and I felt some part of that. And I realized that I can’t just leave this…. Maybe there’s a step coming, or steps coming. Maybe they’re happening already. I still feel kind of helpless. I still feel like I’m floundering. I’m looking for direction.”

—U of A chaplain Richard Reimer, Edmonton Journal, March 14

“Now that we’ve heard this story, we can’t pretend that we don’t know anymore. We can’t pretend that we’re not complicit…. What I have seen is a true feeling of community in Canada and a true spirit of reconciliation. Now we have to understand what we can do as Canadians to inform ourselves—there’s no excuse anymore.”

“Cultural appropriation is taking something that’s critical to someone’s cultural tradition and using it for your own purposes. It’d be like someone who’s down there at the folk festival dancing with a yarmulke, which a Jewish person would wear to temple…. I would say it’s very much like blackface.”

On the Alberta economy 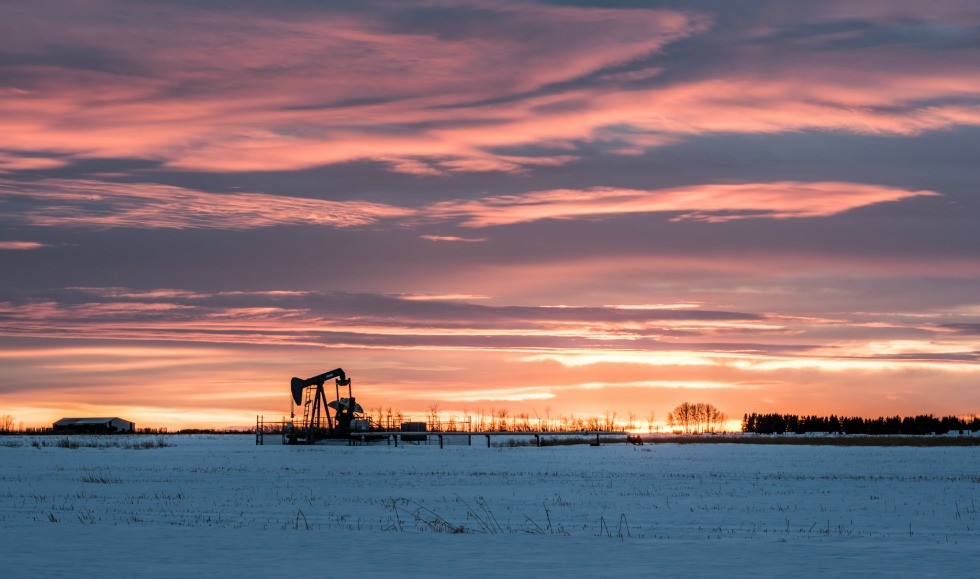 —Joseph Doucet, dean of the Alberta School of Business and head of the Premier's Advisory Committee on the Economy, Canadian Press, Oct. 15

“We’re in a transition to a low-carbon economy and we should have some transparency about how industry is making those decisions and what options they are looking at.”

—Trevor Harrison, head of the Parkland Institute at the U of A, Edmonton Journal, Nov. 12

“While a harmonized sales tax is not a panacea, the uncertainty over resource prices, government revenues, growing debt and appropriate timing for infrastructure investment suggest a broader tax base and a credible savings rule—which can’t be repealed at the whim of the governing party—are worth some debate.”

—Bob Ascah and Mel McMillan, fellows with the U of A’s Institute for Public Economics, Edmonton Journal, Nov. 17

"We're a long-term [oil] producer, our projects last 40 years plus, so we're in it for the long haul and I think we'll still be in, as other countries deplete their resource."

“Rather than pray for pipeline approvals and another boom, now’s the time to get off the boom-and-bust roller coaster.”

—Gordon Laxer, founding director of the Parkland Institute at the U of A and author of After the Sands, Globe and Mail, Nov. 20

“If Alberta becomes representative of a jurisdiction where environmental policy has gone terribly wrong in an economic sense, that doesn’t help future jurisdictions to act on this.” 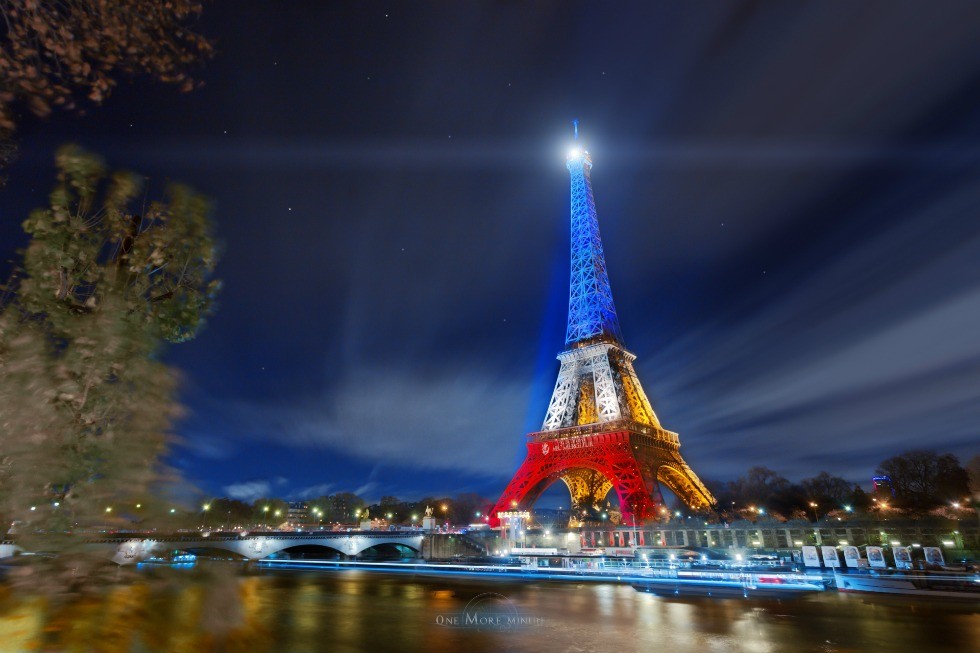 “We must acknowledge that dangers of terrorism cannot be curbed by military action. With its decisions to withdraw Canadian fighter jets from the sky over Syria and to accelerate the bringing of refugees to Canada, the new government is acknowledging a catastrophic failure of the militarized foreign policy of the last decade.”

“What attracts many individuals to violent extremism is not some fervent ideological or religious commitment; rather, it’s related to what can be gained from the experience at a selfish level. Ideology and religion of course play a role here, but perhaps less so than many of us would suspect.” 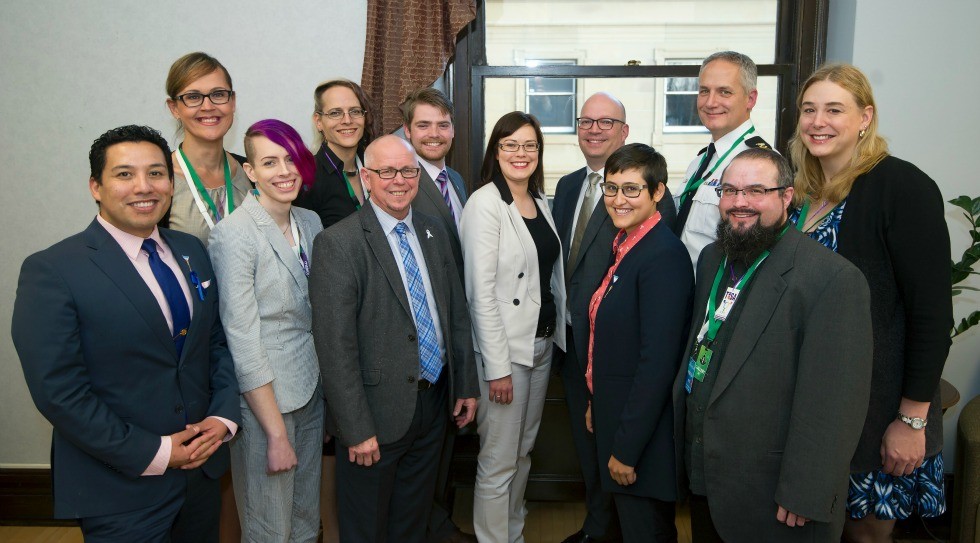 “It’s unfortunate we have to put a seven-year-old in the middle of what some people see as a debate rather than requirements of the law. There is no question that not allowing this youth to use the bathroom of their gender identity that this school district is discriminating against them.”

"It removes the ambiguity and the doubt and, particularly where Catholic schools have not had a good track record in this area, it's all the more important for them to go out of their way to show that they actually have open and supporting and inclusive spaces for LGBTQ students."

“It’s hard to believe we’re not stuck in the 1950s. We need to be less like Alabama and more like 21st-century Alberta.”

On fentanyl use in Alberta 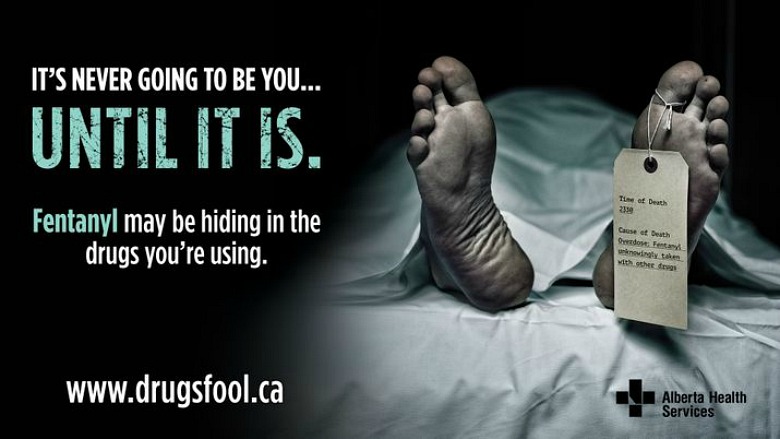 “Based on exponential growth in the number of deaths involving fentanyl, about 400 Albertans are expected to die from fentanyl overdose this year.”

“Alberta urgent-care centres and emergency departments are seeing close to 250 individuals a month with opioid poisoning or withdrawal—compared to fewer than 100 in 2012. Emergency care and hospital admissions are costly. Evidence-based care for opioid addiction in the community is not. And compassion is free.”

“You’re seeing (fentanyl addiction) in social circles that aren’t normally associated with drug use—even I know somebody whose child has died from fentanyl.” 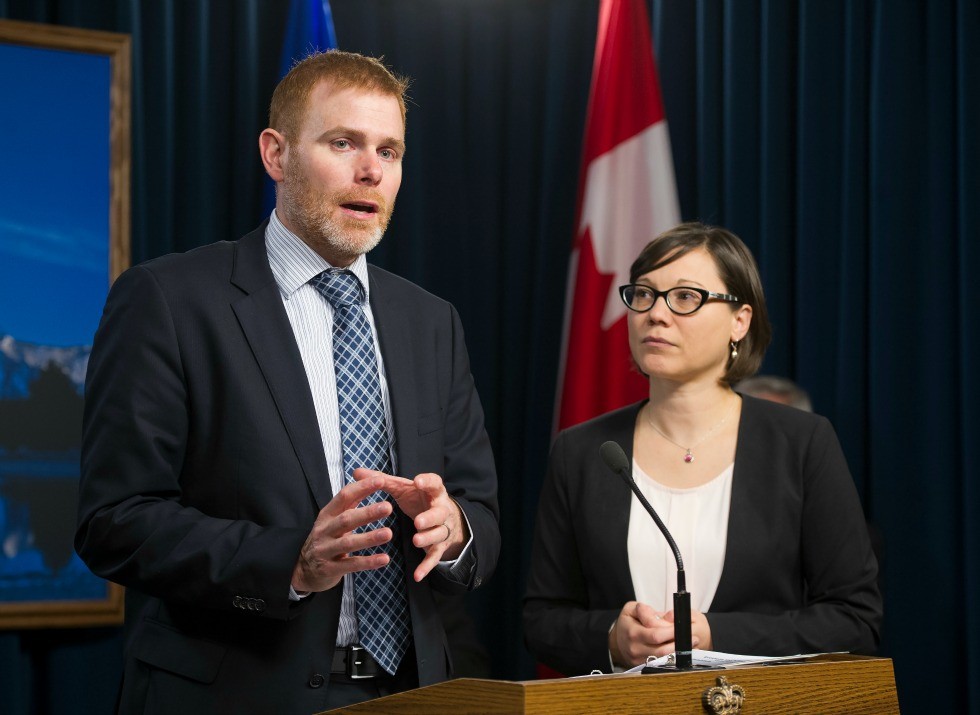 Photo- Premier of Alberta, under Creative Commons Licence
Minister of Environment and Parks Shannon Phillips, at right, announced in Edmonton June 25, 2015 that the province is in the process of putting together an advisory panel that will comprehensively review Alberta’s climate change policy, consult stakeholders, and provide advice on a permanent set of measures. At left is Dr. Andrew Leach, Associate Professor and Academic Director of Energy Programs at the University of Alberta School of Business, who has agreed to chair the panel. (Chris Schwarz/Government of Alberta)

“Conventional industrial agriculture—with cheaply produced sugar, wheat and beef—that whole paradigm is not particularly climate adaptive. It favours farming practices that degrade ecological sources of resilience, reduce the diversity of foodstuffs available to consumers and leave us increasingly reliant on a small number of corporations for our food security.”

“We want to lead by having the most advanced climate change policies compared to other jurisdictions rather than focusing on reduction targets. With these policies Alberta will have the highest emissions coverage—about 90 per cent—and the highest price for carbon emissions in North America.”

“What we did in Alberta was put forward a balanced plan that says, if everyone in the world did what we're doing, it probably still wouldn't meet the goals that the world's putting out, but conversely, if Alberta on its own imposed a punitive carbon policy, what you'd see is two things: you'd see a lot of the emissions activity leave Alberta for other places and no real impact on climate change, but also you'd be setting a very dangerous precedent, which is demonstrating that climate change policy can have serious economic impact.”

On the issues
Newsroom