Unable to change with the times, the controversial belief system is doomed to fail. 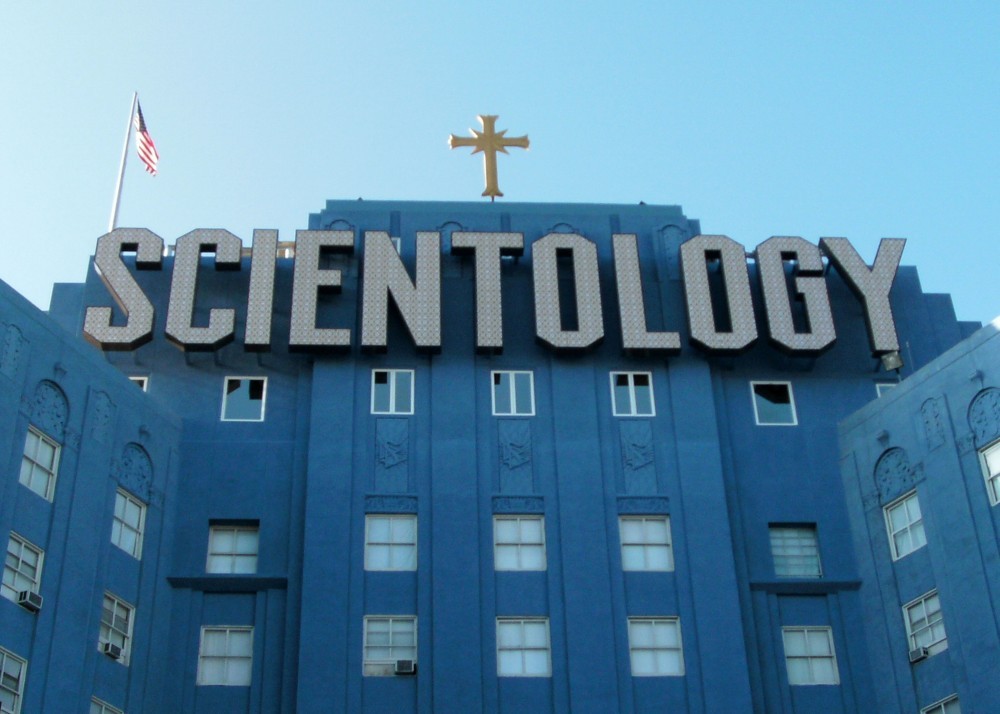 Stephen Kent knew he’d become a threat when the Church of Scientology sent no fewer than 16 letters to University of Alberta administrators demanding he stop disparaging the church.

“They wrote letter after letter to different levels of administration—from the president on down—to curtail my activities, to silence me, to get me somehow sanctioned,” said the sociologist and cult expert.

It’s not surprising when you consider Kent has been tracking the tactics of the church since the early 1980s. As a post-doctoral fellow at McMaster University, he began collecting stories of confinement, sexual assault and coercion not widely known at the time.

Since then he’s amassed one of the world’s biggest collections of testimonials and documents on Scientology, and last year co-edited a book with former student Susan Raine, now a professor at MacEwan University, called Scientology in Popular Culture.

Kent has also become a top go-to expert for media commentary. Just last month he was quoted in the Irish Times when the newspaper discovered the church had sent thousands of pamphlets to Irish schools under the guise of a human rights organization—just one recent attempt in a concerted campaign to infiltrate Irish society and promote the doctrine of Scientology founder L. Ron Hubbard.

But in Kent’s view, the strategy may be just a desperate ploy to stay alive. There has been significant opposition to Scientology in Ireland, he said. The last census revealed its membership at just 87, reflecting a more global public relations crisis that has been plaguing the church for years.

"Historically, most new religions die, and it's fairly clear now that Scientology is on a downward path,” said Kent.

The seeds of Scientology

The Church of Scientology was created by Hubbard in 1954, developed from ideas he presented a few years earlier in Dianetics: The Modern Science of Mental Health. A form of self-help psychology, the book was a populist challenge to questionable psychiatric practices of the time, such as lobotomies and electroshock therapy.

Although the principles of Hubbard’s therapeutic process have never been accepted by science, said Kent, they initially held considerable appeal as “the poor person's psychoanalysis.”

Hubbard claimed people could free themselves of the trauma and neurosis associated with painful events of the past—what he calls engrams—by answering a series of questions in “auditing” sessions, the content tested by a lie detector, or e-meter. After enough of these sessions, so the theory goes, the debilitating engrams are erased, and the person reaches a state of being “clear,” capable of fulfilling their full potential.

To avoid charges of practising medicine without a licence, Hubbard rebranded his pseudo-therapy as a religion—calling it Scientology—and proved adept at exploiting celebrity culture to promote it.

“Movie stars in Hollywood had significant status, and Hubbard realized these people influenced popular consumer trends,” said Kent. “He figured out early on that getting media endorsements from key celebrities would be beneficial for his organization."

By the ’60s and ’70s, Scientology’s membership exploded with the countercultural movement, emphasizing self-knowledge, spiritual fulfilment, a distrust of established medical science and aspirations towards world peace.

"Scientology had its heyday in the late ’70s and early ’80s,” said Kent, “but then the controversy started," as stories started to leak about abuse within the movement and the exorbitant donations required of its members to reach higher levels of spiritual purity.

Much of Scientology’s recent decline, however, can be attributed to a number of high-profile celebrity defections over the past decade, including by Canadian director Paul Haggis, singer Lisa Marie Presley and actors Leah Remini and Jason Beghe.

Remini especially has been a tenacious and vocal critic. First recruited at the age of nine, she left the church in 2013 and has since published a revealing memoir and hosted a documentary series called Leah Remini: Scientology and the Aftermath, exposing many of the organizations failings.

But the main cause of Scientology’s downfall, said Kent, is the growing influence of the Internet. "Critics started posting material—including some of the church's own confidential documents—and former members started telling their stories.”

Some countries, such as Germany and France, have taken a firm stand against Scientology. The German government views it as an abusive sect masquerading as a religion, and France has classified it as a dangerous cult.

"With so much criticism of Scientology and so many of its secret documents available either in whole or in part, the impetus for continued membership is greatly diminished," said Kent.

The curious irony in all of this, he added, is that the trends Hubbard exploited so successfully when he created Scientology in the 1950s—emerging communications technology and the power of popular culture, especially celebrity recruitment—are the very forces conspiring against it now.

"Celebrities helped boost Scientology’s image in its early days, and now they're helping to diminish its appeal internationally.”

But beyond its image problem—documented in the 2015 HBO documentary Going Clear: Scientology and the Prison of Belief—the most destructive seeds of Scientology’s demise were sown in its inception, said Kent. Based as it is on “fixed revelation,” or the unalterable word of L. Ron Hubbard, Scientology is unable to change with the times and is therefore doomed.

One case in point is the inescapable homophobia that lies at the heart of the church, said Kent. Hubbard classified homosexuality as a sexual perversion, writing in Dianetics that “the sexual pervert is actually quite ill physically…. He is very far from culpable for his condition, but he is also far from normal and extremely dangerous to society.”

Since then, Scientology has tried to “backpedal and respin its position on homosexuality,” said Kent, adding that nonetheless, “Hubbard's statements on it are fairly clear.

"Any group that has a fixed revelation has great difficulty adjusting to change,” Kent explained. “What you see with the books is greatly upgraded glamorization of the covers and the marketing. But the content is still rooted in Hubbard in the ‘50s.”

His doctrine is so fixed, in fact, that the Church of Scientology began transcribing his texts onto stainless steel plates in the 1980s, placing them in titanium capsules in underground vaults. Located in a remote desert location, the vaults are accessible only through a secured tunnel.

“Compare that with the Mormons, for example, who have a doctrine of ongoing revelation," said Kent. In 1890, for example, Latter-Day Saints president Wilford Woodruff received a revelation to ban polygamy, resulting in a policy change that partly made possible Utah’s acceptance as a state in 1896. And in the 1970s, the Mormons abandoned their position that black people are branded with the mark of Cain.

“It’s been able to adjust to the times," said Kent.

The Church of Scientology still has significant wealth, including lavish properties around the world, "but from what I can see, nobody is in them,” said Kent. “And there are some that have closed down because they just don't have the staff."

In the end, the U of A never did cave to legal pressure from the church, said Kent.

“In all instances, university officials responded professionally and appropriately, and in no way interfered with my activities,” he said.