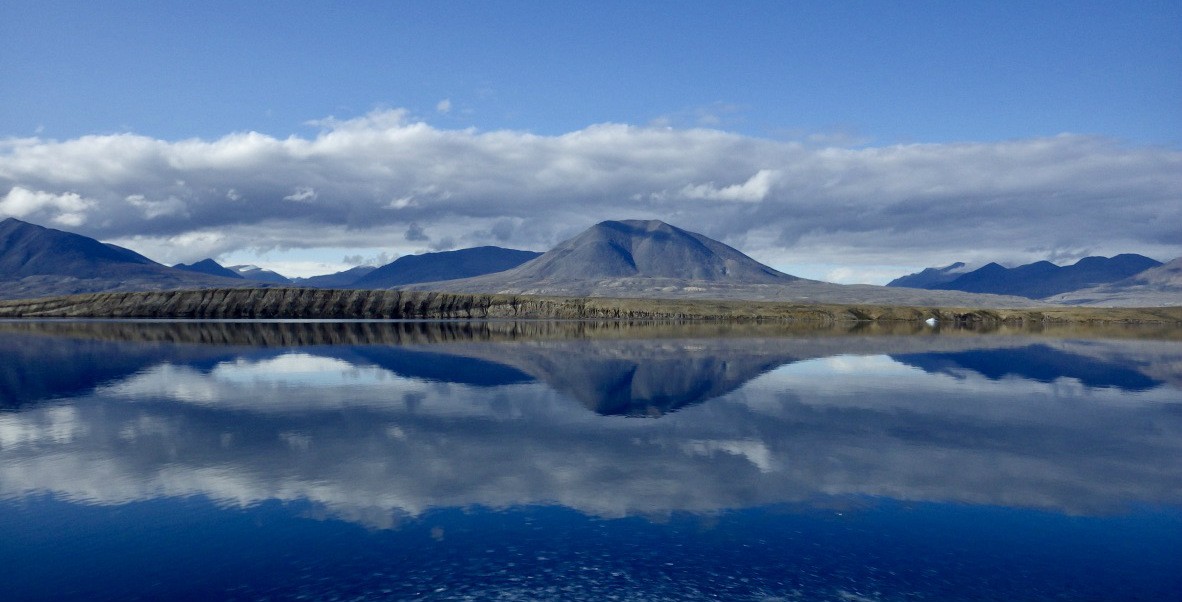 A temperature increase of 1 C has caused drastic changes to the ecology of Lake Hazen on Ellesmere Island over the past decade.

A 1 C increase in temperature has set off a chain of events disrupting the entire ecology of the world’s largest High Arctic lake.

“The amount of glacial meltwater going into the lake has dramatically increased,” said Martin Sharp, a University of Alberta glaciologist who was part of a team of scientists that documented the rapid changes in Lake Hazen on Ellesmere Island over a series of warm summers in the last decade.

“Because it’s glacial meltwater, the amount of fine sediment going into the lake has dramatically increased as well. That in turn affects how much light can get into the water column, which may affect biological productivity in the lake.”

The changes resulted in algal blooms and detrimental changes to the Arctic char fish population, and point to a near certain future of summer ice-free conditions.

“Lake ice is important because it prevents light from getting into the lake, which phytoplankton need to photosynthesize,” said Kyra St. Pierre, a co-author and Vanier Scholar PhD student at the U of A. “So if we have less lake ice or longer ice-free periods, more light enters the lake, which could actually increase productivity for the lake—a dramatically different scenario from what we’ve seen in the past.”

The findings document an unprecedented shift from the previous three centuries, challenging scientists’ expectations of how such a large system could respond so rapidly to a one-degree rise.

“We originally hypothesized that, because of its large volume, Lake Hazen would be relatively resilient to the impacts of Arctic warming,” said lead author Igor Lehnherr, an assistant professor in the Department of Geography at the University of Toronto-Mississauga and a U of A alumnus.

“The finding that this was not the case is alarming, because the Arctic is the most rapidly warming region on the planet, with conservative estimates predicting further warming of another approximately 4 C by the end of the century.”

St. Pierre added that, while scientists would expect smaller systems to respond rapidly to temperature shifts, it had been anticipated that larger systems, like Lake Hazen, would change more slowly.

“But Lake Hazen is pretty much as big as you can get in this kind of environment, and it’s already showing that there are changes across the entire ecosystem in less than a decade. And this is in response to only a third of what the conservative scenarios are for future warming,” said St. Pierre.

St. Pierre noted the scientific exploration of Lake Hazen speaks to the big-picture perspective, approaching the questions of climate change from a focus on the whole system.

According to Sharp, the focus of the findings also marks an important milestone from the perspective of glaciology, which traditionally focuses on sea level as the most direct consequence of the impact of climate change on glaciers.

“What this finding about Lake Hazen is telling us is that there can also be pretty substantial impacts in terrestrial aquatic ecosystems that are directly connected to the glaciers. So there are other things we need to think about from a climate impacts perspective,” said Sharp.

So are these dramatic changes in the High Arctic’s largest lake a sign of things to come? Sharp and St. Pierre said it’s too soon to tell, though given the rapid changes in the past decade, the scientific team is keeping a close eye on the entire ecosystem.

“We are interested in how this plays out going forward, whether this is a short-term disturbance for which there could be some recovery if the atmospheric temperature cools again, or whether this is the start of something much bigger,” said Sharp.

The study, “The World’s Largest High Arctic Lake Responds Rapidly to Climate Warming,” was published in the March 29 issue of Nature Communications.