New website brings together perspectives on Ukraine's history as it is being made. 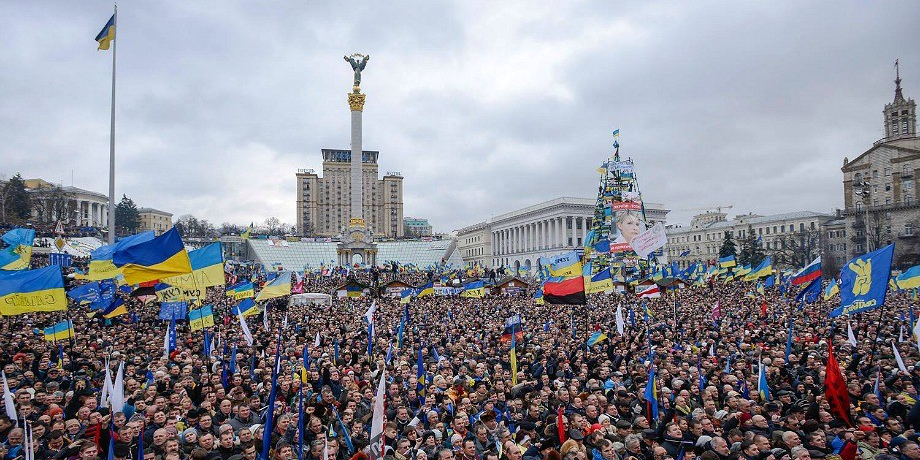 (Edmonton) A new research alliance formed by the University of Alberta with a pair of universities in Ukraine and two other Edmonton post-secondary institutions is providing insight into that country’s political turmoil and its rich culture.

A joint web project, called the Contemporary Ukraine Research Forum, brings researchers of all disciplines together from the U of A, MacEwan University and Concordia University College, along with the Ukrainian Catholic University and the Kyiv Mohyla Academy National University.

Together the scholars are sharing perspectives with one another, and with all who want to visit the website, helping sort through and make sense of the flood of information that spills out daily about events evolving in Ukraine, as well as researching other diverse aspects of life in that country.

The research forum grew out of a social and political movement known as Euromaidan, which took root in Ukraine in late 2013, as millions of citizens protested against their government’s refusal to enter an association agreement with the European Union. The movement has since escalated into violence as the country struggles in its current state of national unrest, torn between Ukrainian and pro-Russian loyalties.

By digitally linking researchers in Canada and Ukraine, the forum strengthens the U of A’s Ukrainian research collaborations and brings together perspectives on contemporary history as it is being made, said Olenka Bilash, co-director of the project and professor in the U of A’s Faculty of Education.

“Through social media, there is so much information that has become available about Euromaidan, but that doesn’t mean that all of it is accurate or critical, or that everyone understands it. We’ve created an electronic gathering place that provides a variety of engaged perspectives from political and social scientists, historians, bloggers and media reports, to increase accuracy of information and enable deeper understanding and discussion.”

As a person of Ukrainian heritage whose family immigrated to Canada in the 1890s, Bilash feels a keen sense of commitment to help guide the project in her role as an academic.

“I feel a huge responsibility as someone who works at a university to ensure that others, especially our students, know about these kinds of world events and can engage with them as they unfold. This requires having access to accurate information and interpretations by those living the experience, as well as top scholars from inside and outside the country.”

Currently there are 49 scholars from Canada and Ukraine—including 18 from the U of A—contributing to the forum, with the potential for more to join individual and team projects in the English, Ukrainian and Russian languages.

Through monthly video conferences and the free flow of information offered by the forum website, the Canadian and Ukrainian scholars conduct research through the diverse lenses of social and political sciences, economics, media studies, religion, folklore, literature and linguistics.

The forum plans to publish a peer-reviewed journal beginning later this year, highlighting some of the studies and essays resulting from collaborative research. The first issue will be dedicated to Euromaidan, Bilash noted, in recognition of a “global phenomenon” taking root in other countries such as Venezuela and Syria, where citizens are struggling for their rights.

“We need at that global level to understand what is happening in these many places.”

The forum project is funded by the Kule Institute for Advanced Study and the Canadian Institute of Ukrainian Studies, both based at the U of A, as well as the Ukrainian Resource and Development Centre at MacEwan University and the Alberta Foundation for Ukrainian Education Society.