OPINION: How journalism will protect our democracy in the era of fake news

In a world where direct evidence is challenged by alternative facts, former PM Kim Campbell asks, "Who you gonna believe?" 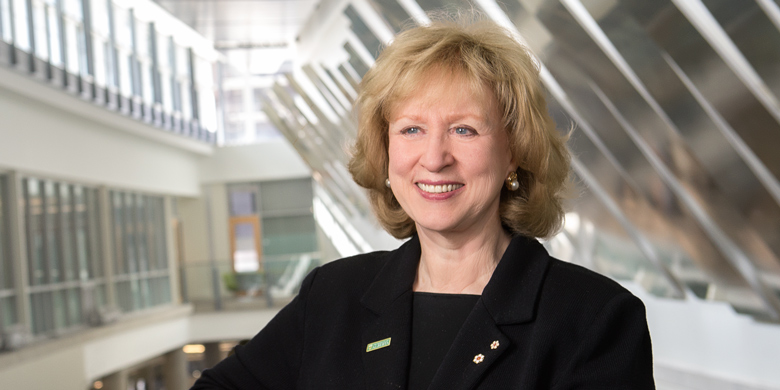 “Who you gonna believe—me or your lying eyes?” asks an obviously lying Chico Marx in Duck Soup. In a world where direct evidence is challenged by alternative facts, and poll results and news stories are dismissed as fake news, it feels as if we are in a Marx Brothers movie, except that this is not a comedy.

Falsehoods and slander are nothing new to public discourse, but two factors make today’s world different from what we have experienced before: the vast quantities of false information flowing from spurious news sources over the Internet, and the apparent impunity afforded to people in high office to proffer blatant lies that in an earlier time would have been fatal to their legitimacy.

The Internet is not the first technology to be a game-changer in communicating facts and opinions. Three centuries ago the printing press made broadsheet newspapers the first mass media. The freedom of the press unsurprisingly needed to be protected from governments and rulers who were threatened by the forces of public opinion that the press could awaken. At the same time, laws against libel and slander provided some protection for individuals.

But the Internet is lawless. How does Hillary Clinton sue the two Macedonian teenagers whose outrageous (and highly profitable) slanders from spurious news sites had an estimated 213 million hits during the 2016 U.S. election? False news is also a means of incitement. What is the recourse of the Salisbury, N.C., man who went with a firearm to liberate children from a pizza parlour in Washington as a result of a false story on the Internet? He could have created mayhem, but at the very least has had his own life ruined because of his credulity. When statistics relating to crime or immigration are distorted, the groundwork is laid for violence and oppressive policies.

In recent years, the capacity of increasingly powerful, small mobile devices has created an almost addictive connection between users and their online links. The Internet has upended the business model for traditional media and a worrisome outcome of this trend has been the decline of investigative journalism and the difficulties people encounter in trying to assess reliable versus unreliable sources of information. How can we as citizens and leaders navigate this information overload and determine what is reliable?

Caveat emptor—buyer beware—is the appropriate frame of mind when consuming information from any news source.

The two most important resources we have in finding and defending truth are scholarship and independent journalism. Scholars go deep into the areas we need to understand. Peer review holds them to standards of academic accountability. Scientists constantly seek to disprove findings to determine the most robust understandings. Journalists help us to understand the here and now, although investigative journalism may also follow stories over a longer term as shown in the film Spotlight. Journalism also serves as a conduit for the findings of academic research to the public, creating an accessible bridge between the deep research of scholars and issues and interests of the public.

We should be careful in looking at sources of information. The Russian news outlets Russia Today and Sputnik are propaganda arms of the Kremlin. Vladimir Putin’s support for the resurgent authoritarianism in Europe and his interest in destabilizing and discrediting democracies are not a mystery or a secret. In Western democracies, newspapers and websites usually have some sort of slant or predisposition—sometimes explicit, sometimes not. This does not necessarily mean that they are unreliable with respect to facts—but implicit biases may influence their reporting.

Seeking out differing perspectives can help to sort out basic information from colour or interpretation. In the United States, as a reaction to what is going on right now, mainstream media outlets like the New York Times and the Washington Post have seen a recent increase in subscribers. Facebook and Twitter are starting to confront their responsibility for the dissemination of false news. These are promising signs, but we consumers must also learn to be vigilant. Caveat emptor—buyer beware—is the appropriate frame of mind when consuming information from any news source.

Citizens should defend the value of truth and resist efforts to denigrate truth, especially by political leaders. In The Origins of Totalitarianism, Hannah Arendt argues that totalitarianism can take root in societies where people come to believe that nothing is true or false.

Preserving our sources of reliable information should be our mission as citizens and leaders. “Who you gonna believe?”

Former Canadian prime minister Kim Campbell is the founding principal of the Peter Lougheed Leadership College at the University of Alberta. On Feb. 16, Campbell is leading a panel discussion entitled Words Matter: Journalism's Role in the 21st Century.

OPINION: How journalism will protect our democracy in the era of fake news