OPINION: The week Moscow fell out with Minsk

New Russian border controls are straining the authoritarian alliance of Lukashenko and Putin. Why did it happen and what does it mean? 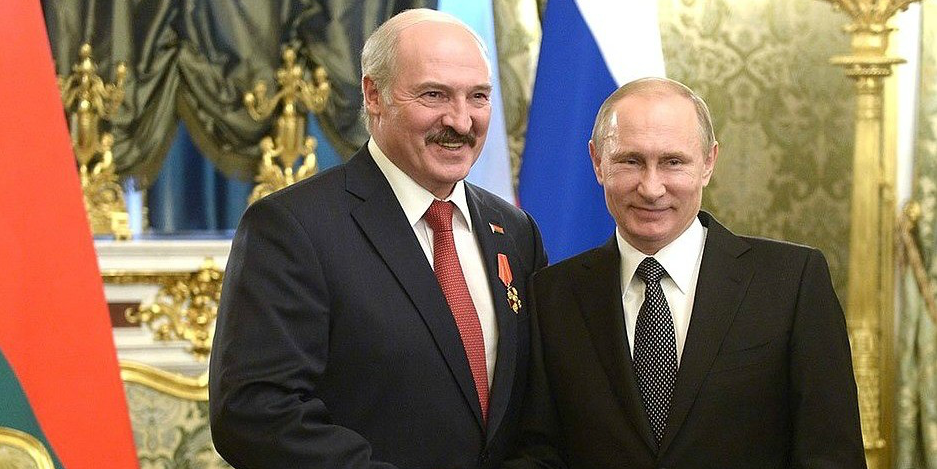 On Jan. 26, the head of the Russian FSB, Aleksandr Bortnikov, ordered the establishment of border zone controls with Belarus in Bryansk, Smolensk and Pskov regions. He instructed border guards to monitor persons and vehicles, and to set up warning signs at approaches to the border zones. The order came into effect on Feb. 5.

Minsk responded with surprise and anger. The Russian side had not consulted with the Belarusians, said Maria Vanshina, the press spokesperson for the Belarusian Ministry of Internal Affairs. Many would get the impression that the move is a prelude to full border controls, she added.

What were the reasons for the decision and what will its consequences be?

The official reason is that these borders have become loopholes for smuggling and crime. Belarus has even recognized the problem. In September 2014, President Aleksandr Lukashenko signed a decree establishing a border area, saying that both sides should co-ordinate to prevent illegal migration and drug trafficking.

But there are likely other reasons for Russia’s action. The Kremlin’s move closely follows Belarus’s Jan. 9 announcement of a visa-free regime for 80 countries. Residents of these countries can enter Belarus via the Minsk International Airport and stay for five days. The decree is about to come into effect, and could open Russian borders to thousands of visitors.

Russia and Belarus have lived under a Union State since the mid-1990s. Trains from Minsk to Moscow do not stop at the border, though travellers from Western countries would be unlikely to make the journey without a visa.

But the Union State, like other Russian-led bodies in which Belarus participates, has never been very effective.

In recent years, Lukashenko and Russian president Vladimir Putin have had running disputes over many issues—the banning of Belarusian dairy products, oil and gas prices, the building of a new Russian air base and recognition of breakaway regions of Georgia and Ukraine.

Lukashenko has also lately taken steps to bring Belarus closer to the European Union. He released political prisoners and held a presidential election without violent altercations. As a result, the EU lifted most of its sanctions on Belarus in February 2016.

In response, Russian media adopted a scathing and hostile depiction of Lukashenko—particularly agencies such as Regnum and RT. Regnum published a recent article suggesting—without any evidence whatsoever—that Belarus intends to withdraw from the Eurasian Economic Union and the Collective Security Treaty Organization.

Such propaganda has prompted a critic of Lukashenko, Coordinator of the Belarusian Civil Campaign Dmitry Bondarenko, to state that the goal of the new border controls is to cut off what he terms “black cash” for the Belarusian president as part of a plan to remove Lukashenko from office.

Along with the cutbacks of oil supplies from Russia to Belarus, it will eventually prevent Lukashenko from covering workers’ salaries and pensions. A second reason for the border zone, he believes, is to nurture an image of Belarus as an enemy of the Russian people.

Bondarenko, however, goes too far. The new border zone installations rather serve as a warning to the Belarusian leadership to mend its ways, to stop the flirtation with the Europeans and to be more proactive when responding to Moscow’s requests to expand its military bases in Belarus.

In reality, Lukashenko and Putin are fellow spirits, who use similar methods to maintain authority. Belarus does not have great power aspirations, but it has to date successfully established and secured an authoritarian state that has survived for a quarter of a century. Under Putin, Russia has permitted Lukashenko the perception of independence and free decision-making in the knowledge that he cannot stray too far.

The new border zone thus represents two reprimands. One is for Belarus’s rash decision to grant a free visa regime to Western countries. The other is for its failure to support more strongly Russia’s position on Ukraine.

David Marples is Distinguished Professor of History at the University of Alberta. His most recent book is ‘Our Glorious Past’: Lukashenka’s Belarus and the Great Patriotic War (2014).

This article originally appeared the The Moscow Times.

OPINION: The week Moscow fell out with Minsk
Newsroom