Outstanding in the cold 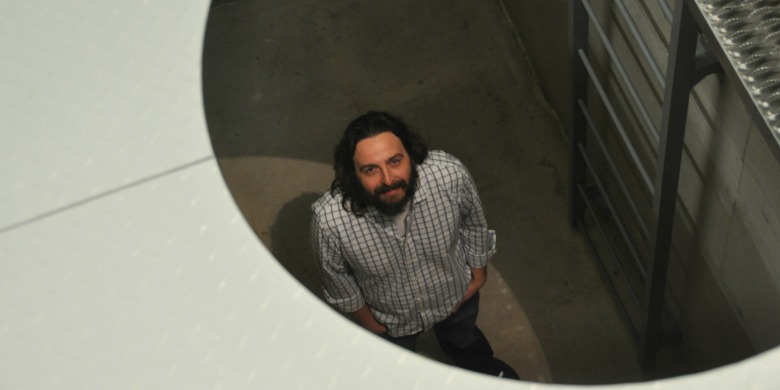 120215-davisfridgebanner
Physicist John P. Davis stands in the site of what will be Canada's coldest laboratory.

(Edmonton) Physicist John P. Davis is counting the days until he takes delivery of equipment that will give the University of Alberta the distinction of having the coldest laboratory in Canada.

Davis’s U of A research focuses on low-temperature physics and the refrigeration unit he’s expecting in March can get just about as low as you can go on this planet: -273C.

“That kind of temperature gives us access to superconductivity research, which is the transmission of electric current with absolutely no resistance,” Davis says.

The fact that electrical flow is improved by lower temperatures has been known and studied since the early 1900s. Many Canadians have noticed that during deep cold snaps their indoor lights may suddenly shine more brightly. The reason, physicists say, is that the chill dramatically reduces the electrical resistance in the power lines outside their homes.

Davis says superconductivity results in the complete elimination of resistance, which requires extremely low temperatures. “The dilution refrigerator on order from England is about 10 feet long and, towards the bottom, has a small compartment in which we’ll place new materials we want to test,” Davis says.

The equipment looks nothing like the refrigerator in your kitchen. It’s a three-metre long tube suspended by a hoist and hanging in a special compartment beneath the basement floor of the university’s Centennial Centre for Interdisciplinary Science. “The compartment is completely separate from the building,” Davis says. “That eliminates the vibration and electrical or magnetic interference that affects the rest of CCIS.”

Davis says one goal of superconductivity experiments is to find materials that one day could be made to work with zero electrical resistance at more practical temperatures.

Davis has been working closely with technicians at Oxford Instruments, a maker of high-tech tools and systems for research and industry, on the final design of the dilution refrigerator. If the work and projected delivery times stay on schedule, he expects that he and his students will be running low-temperature experiments by late this summer.

While some researchers are looking at futuristic superconductivity applications such as magnetic levitation devices, Davis envisions something with a wider benefit. He says that superconductors on large-scale power grids could dramatically reduce world power consumption. “And that technology is within sight.”

Outstanding in the cold
Newsroom