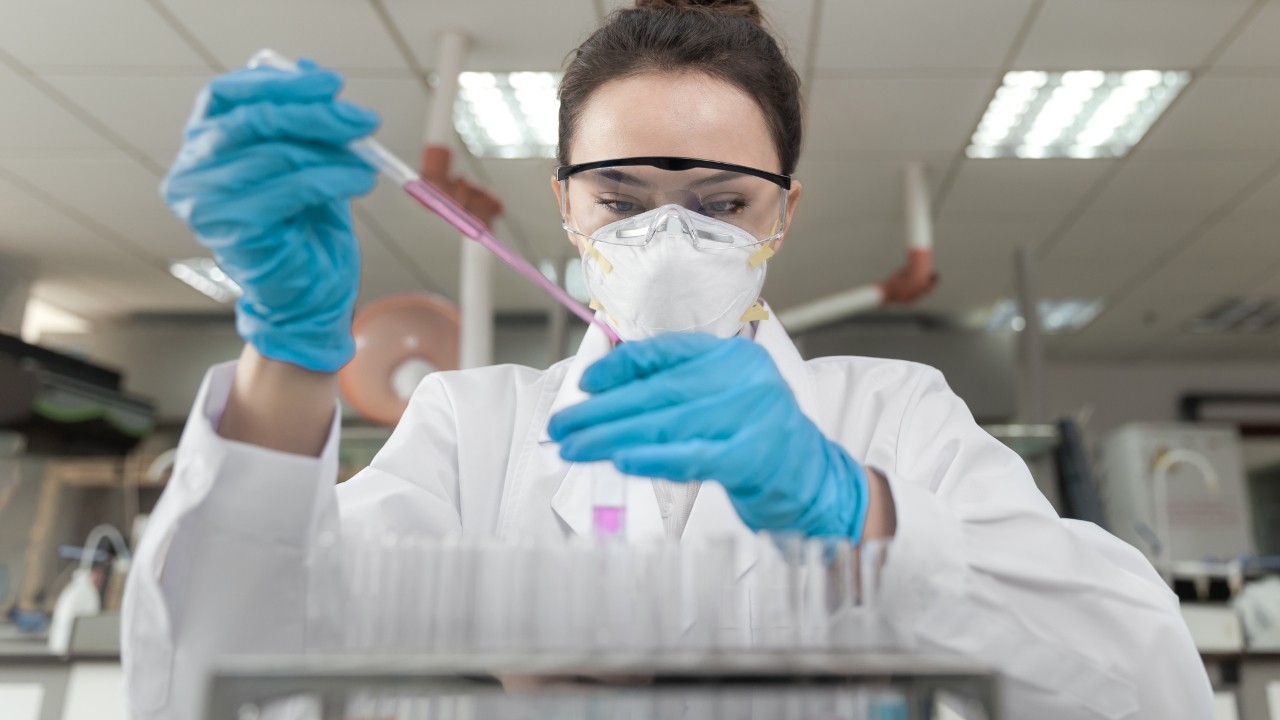 A shift in how venture capitalists view risk and opportunity after the pandemic could bode well for companies exploring technologies like medical diagnostics and AI, say two U of A business professors. (Photo: Getty Images)

Joseph Doucet sees no economic upside to the global pandemic, at least in the short term.

“There’s no sector, really, that’s immune,” said Doucet, dean of the Alberta School of Business. “We don’t know how long this will last, we don’t know how deep the damage will be.”

Yet as COVID-19 continues to pummel the world—and Alberta’s energy sector along with it—the University of Alberta professor believes entrepreneurial vision will be crucial for whatever comes next. As Doucet recently argued, Alberta’s challenges mean it must be “imaginative, bold and forward-looking” as it moves into a post-pandemic world.

Where there are challenges, there are hidden opportunities. Entrepreneurs are hoping to mine shifts in consumption patterns and behaviour. A big question, Doucet said, is how many changes stick and how businesses can adapt with them. Technologies that could help someone thrive tomorrow might already be in development today, simply waiting for a nudge.

“Smart people, smart individuals and firms are going to be looking at new opportunities,” Doucet said. “People will come up with new ways to do things. Or they’ll take advantage of things not fully rolled out.”

Briggs, a U of A professor of strategic management and co-founder of the university’s entrepreneurship centre eHUB, believes the pandemic is not the only factor driving this unprecedented economic shock. The public health crisis is unearthing existing structural problems in capital markets, the economy and society as a whole.

“In some sense, it’s not necessarily causing some of the major problems that are impacting us, it’s just accelerating them,” Briggs said.

He cited many examples. Nationalism was already on the upswing, an easy prop for leaders looking to deflect blame and protect domestic economies. High-tech capital ventures were already facing a reckoning, as doubts lingered about long-term profitability. The pandemic has also revealed how efficiency often comes at a steep price. Cheap food often relies on poor or hazardous working conditions. “Highly efficient” supply chains have broken down relatively quickly, lacking the resilience to withstand fluctuations of supply and demand.

Briggs said that at its core, the pandemic also reveals a basic dichotomy in what kinds of innovations are desirable by society. Exploitation means getting more out of what we already have built. Exploration is about finding entirely new things.

Markets have tended to favour exploitation, chasing surer bets and smaller gains. Massive amounts of venture capital have been poured into disruptions like WeWork, Uber or e-scooters, companies that focus less on grand social challenges but rather on reworking existing categories. Exploratory technologies like medical diagnostics, Briggs noted, have received relatively little venture capital attention. The crisis has put a massive misallocation of funds into sharp relief, he said.

“Exploitation-type innovation has gotten really broken,” Briggs said. “You’re getting small benefits on things but at massive scale. COVID basically shows that the potential for innovation is much bigger and that society needs other types of change.”

In the wake of COVID-19, Briggs predicted that new kinds of ventures will attract investments. Beyond diagnostics, he sees increased attention to technologies that can increase longevity, far beyond wearable heart monitoring devices. Others will see value in tackling hard problems like antimicrobial resistance. Education has been shown to be ripe for change and growth, as seen by the proliferation of online lessons and video learning.

The pandemic is unprecedented for many reasons, yet one of the biggest impacts may be entirely predictable: as organizations focus on survival, money may be hard to come by.

Entrepreneurs are likely to emerge in any downturn, Briggs said. Alberta’s energy woes will likely mean a spike in needs-based entrepreneurs, individuals forced to strike out on their own amidst record unemployment. This work tends to be less lucrative than the jobs lost, making it less likely to lead to growth in the short term.

Yet as more capital becomes available, Briggs expects there will be more willingness to invest in newer areas. Exploration may have already started, which could mean that ignored innovators could see more opportunity. That could accelerate research, technologies and product development already underway at places like the U of A, where there’s an innate capacity for innovation. It might not displace energy as the main driver of the local economy right away, but it could create new types of growth.

“You have people who have been working on big challenges their whole careers but haven’t been able to get the kind of capital they need to drive those businesses and move those new technologies, like diagnostics and digital health,” Briggs said. “It’s been a massively underfunded space even though we know it is crucial to our future.”

Change means winners and losers. Investors in communications technologies like Zoom are benefiting from the pandemic. If there’s a massive currency crisis, cryptocurrencies like Bitcoin could see a windfall.

Doucet said there could be beneficiaries even within hard-hit sectors like tourism. It’s what happens when innovative people are forced to shift.

“It could be that Canadians travel less outside the country but more within the country,” Doucet said. “That could be very good for Canadian tourist destinations.”

Both professors see growth opportunities for Alberta. Doucet, who recently chaired a working group on incentives for the tech sector, said the province is well positioned to attract innovation as a northern hub close to the agriculture and oil and gas sectors. There could be huge gains in technology and artificial intelligence, he noted.

“There’s a lot of potential for Alberta to be a significant player—not a Silicon Valley, but a significant player,” Doucet said. “We have an ability to continue and accelerate the number of firms that we create, the number of entrepreneurial tech ventures, startups and growth firms that will lead to investment, job creation and long-term wealth creation. That’s all the more important today.”

Briggs pointed to Alberta for additional reasons. Because many traditional barriers to technological innovation have broken down—particularly in access to information services and infrastructure—high-growth organizations are possible in any major city. In addition, hubs like Boston or Silicon Valley have endured booms and busts, emerging out of difficult circumstances.

Innovation remains hard to predict. Briggs argued that it would be difficult to predict the emergence of Silicon Valley on former almond farms and orange orchards. Now it’s a global technology and venture capital hub. Alberta’s energy industry, he argued, emerged from a combination of ambition, innovation and investment. For the region to be successful, those factors will have to continue.

“It’s still an extremely amazing time in history to build an incredibly high-growth business,” Briggs said. “Innovation is hard. These are hard times. It might be easier for some innovations in these hard times.”