Pardon for jailed gay man ‘a hallmark of equality’ 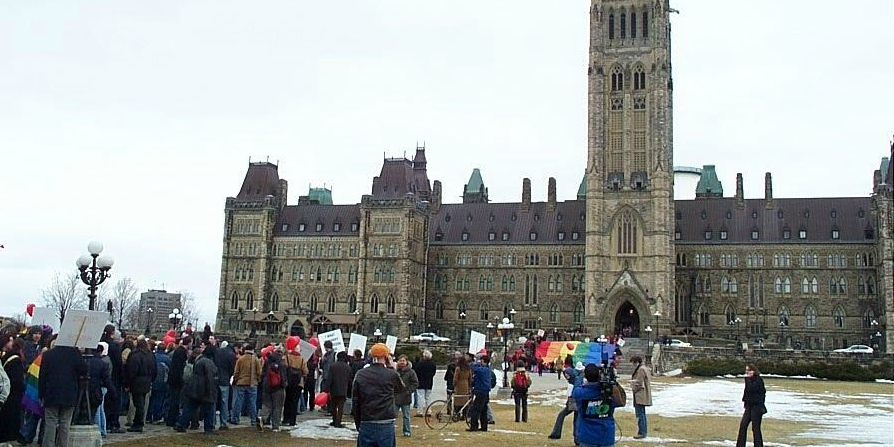 The move by Canada’s federal government to pardon men who were jailed for being gay is an important step for human rights, but more work needs to be done, says a University of Alberta expert.

Kris Wells applauded the decision by the Liberal government to pardon Everett Klippert, who became the only Canadian labelled a dangerous sexual offender because he was homosexual. Klippert, who died in 1996, served almost 10 years in prison before being released in 1971.

“It’s always important to address the wrongs of the past and recognize where we need to be in present-day society,” said Wells, faculty director for the U of A’s Institute for Sexual Minority Studies and Services (iSMSS).

“Addressing Canada’s conscience and the way we once treated minorities in our society is always a hallmark of equality,” said Wells, noting that Canada has apologized and made reconciliation to other groups, including Japanese citizens who were held in internment camps during the Second World War, African-Canadians displaced from Africville in Halifax during the 1960s, and most recently, Indigenous peoples whose lives, culture and identity were decimated by the residential school system.

Progress for LGBTQ rights continues to be made on the legislative front, he added, as shown by recent amendments to the Alberta Human Rights Act to explicitly include and protect gender identity and gender expression.

The continuing challenge, Wells said, is for legislation to translate into widespread acceptance at the social level. Some issues still outstanding include laws that criminalize people with HIV—which disproportionately affects gay men—and the rights of LGBTQ youth in schools.

“There’s much to do in terms of moving along the path to social equality; we’ve come a long way in terms of legislative equality, but hearts and minds often take a lot longer,” Wells said.

“It’s still the everyday pieces we need to change—the culture of institutions, the conversations we are having around the dinner table, in our classrooms and within sporting communities. We see that happening with the Pride Tape initiative. That’s why iSMSS is involved in schools and sports, which are some of the last bastions of tolerated homophobia and transphobia in our society.

“The work is far from done.”

Pardon for jailed gay man ‘a hallmark of equality’
Newsroom