Partnership to shed new light on the sun 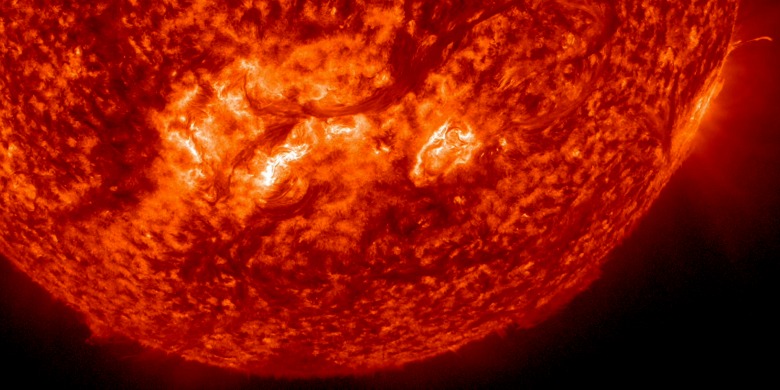 121019-sunstorm-banner
The University of Alberta and University of Oslo are teaming up to train a new crop of researchers focused on how the sun affects life on Earth. (Image: NASA)

(Edmonton) The University of Alberta and a Norwegian university have agreed to assemble a joint space physics program that will focus the collective brainpower of its graduates toward the sun.

The U of A and University of Oslo are developing new exchange programs for as many as 20 undergraduates and PhD candidates who will find new ways to investigate the sun’s effects on Earth’s weather and climate.

U of A space physics researcher Ian Mann will lead the Canadian half of the program.

“We want to take students beyond our existing knowledge of how the sun influences our planet,” said Mann. “Within 10 years, our aim is that these researchers will produce nano-satellite technology to measure the sun’s effects on the Earth.”

The two universities already have an established space technology exchange program that sees Canadian students travel to the coast of Norway to launch sounding rockets to altitudes of 10 kilometres.

The success of that program, now two years into a three-year agreement, convinced the University of Oslo’s Jøran Moen to expand the U of A relationship by investing nearly C$350,000 in the new joint education and research initiative.

“Both Norway and Canada have common interests in space weather at the North Pole, and the sun can have a dramatic influence, such as affecting satellite communications with Earth,” said Moen.

The Norwegians are developing cube satellites, small Earth orbiters that are relatively cheap to build and launch, which Mann says will be part of both universities’ long-term space research plans.

“Using multiple micro- and nano-satellites, we hope to paint a 3-D picture of the sun’s influence on Earth,” said Mann. “This is the new frontier in space research—and U of A students will be on the leading edge.”

Mann says another goal of the partnership is to build the space technology and research capabilities of both countries by establishing a joint international degree program that will meet the needs of the 21st century.

“The U of A and Norwegian students are already getting unique experience in international space collaboration,” said Mann. “By formalizing this experience with an international degree, we’ll supply the anticipated needs of private companies that are taking over the development of space technology and space exploration for profit.”

Partnership to shed new light on the sun
Newsroom