Patients looking to connect with physicians through technology 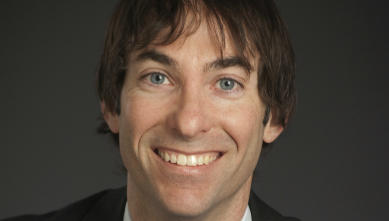 With the answers to most medical questions easily available at our fingertips, it only makes sense that researchers are beginning to consider how communication technologies can help patients manage their health.

Medical researchers Marcello Tonelli and Arash Ehteshami have released a new publication in the Canadian Medical Association Journal that gauges how interested patients are in using email, text messaging and videoconferencing to connect with their physicians. Alberta Innovates – Health Solutions funded the study, which included about 1,850 adults aged 40 years and older with high blood pressure, diabetes, heart disease or prior stroke. All participants were from the four western provinces.

“With its vast geography, low population density and high portion of people living in rural areas, Canada is an excellent place to deploy information technologies,” said Ehteshami, lead author and a former graduate student in Tonelli’s laboratory at the University of Alberta. “Substantial interest was observed among patients 75 years and older.”

Nearly 75 per cent of participants own a computer with Internet access or a cellphone. Two-thirds of participants expressed interest in connecting to their physician through email, making it the most popular option. Slightly less than 45 per cent said they were interested in using text messaging. Video conferencing saw a flux based on the type of appointment: 50 per cent of patients would use the technology to contact their primary physician, whereas 65 per cent would use it to contact a specialist.

In addition to distance, researchers showed that time also influences patients. Nearly half of the participants reported that they would prefer video conferencing over traditional face-to-face appointments if it could save more than one hour of their time. One-third expressed interest if it saved them at least 30 minutes.

Ehteshami says further research and detailed assessment should be completed before the strategy can be implemented: despite the high rates of interest reported by the patients, only one per cent had used the technologies to access health services in the year prior to the survey.

“Even though there is a lot of interest in the implementation of different technologies, there is little evidence on exactly what role these types of systems could realistically play,” he said.

Although most participants expressed interest in using information technology, not everyone was enthusiastic. The most commonly cited reasons against telecommunications include preferring personal contact with the provider, concerns for personal privacy and unfamiliarity with the types of technology.

Information for this study was gathered through the Canadian Community Health Survey, a biennial survey that collects information on the health of Canadians aged 12 years and older. Respondents who qualified for inclusion were sent an additional survey, entitled Barriers to Care for People With Chronic Health Conditions, which was administered through Statistics Canada.

“Information technologies might be the next chapter in delivery of health care,” Ehteshami said. “Infrastructure and media to deliver care through these technologies should not only be user-friendly, but also be reliable, safe and able to protect the privacy of patients.”

Patients looking to connect with physicians through technology
Newsroom