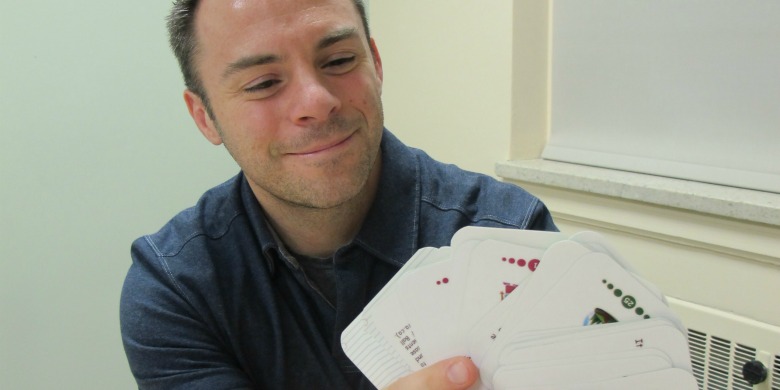 (Edmonton) Medical researchers at the University of Alberta have created a deck of cards printed with conversation starters that parents can use to guide discussions with health professionals about their child’s weight management.

Researchers in the Faculty of Medicine & Dentistry created these conversation cards based on their findings in a recently published paper in the peer-reviewed journal Patient Education and Counseling. Their study revealed that a family-based approach, in which parents are key players with their child’s health-care professional, is important to building rapport, trust and success.

Building relationships with parents is an area of interest for Ball, who is also the executive director of the Alberta Health Services Pediatric Centre for Weight and Health. The centre gets about 200 referrals a year, but only about half of the parents contact the centre, so there’s extra incentive to work closely with the families who attend.

In their study, the researchers interviewed health-care professionals and parents of children with weight-management problems. The study revealed several obstacles to treatment. Parents took offence to the term “obese.” They didn’t like health-care professionals that seemed disrespectful or apathetic, and they objected to those who set goals and action plans for their child without consulting them. These parents were less engaged, less likely to follow medical advice and less likely to return for follow-up appointments.

But the paper wasn’t limited to parents. Health-care professionals acknowledged they were sometimes overly eager to help. They found it difficult to step back and let the families become more involved in making decisions.

To address these issues in clinical practice, the researchers developed the conversation cards, the use of which will be piloted in January, 2012 at the Pediatric Centre for Weight and Health. Staff at the centre will distribute the cards to parents in the waiting room. Each deck has 45 focusing statements on key areas such as nutrition (“My kids hate vegetables”), activity and family issues (“My partner doesn’t understand me very well”).

There are some blank cards on which parents can write their own statements.

The aim of the cards is to engage the parents in the process. “It’s not always easy to navigate that relationship but when it’s done well, clinicians feel rewarded and families perceive value in that interaction,” Ball says. “If we want to be effective, language and rapport are central.”

ABOUT THE STUDY
Researchers interviewed 12 health-care professionals in pediatric weight management and eight parents whose children were being referred for the problem. They conducted interviews in focus groups or one-on-one, and they showed parents a dramatization of a fictitious parent’s conversations with health professionals about her child’s weight management.

Other interesting findings from the U of A study noted that parents sometimes find it challenging to make time for follow-up appointments and would be interested in having physicians follow up with email, text messaging or phone calls. If medical staff could communicate in a secure way with families using these mediums, researcher Geoff Ball says, it could be another tool to promote patient-centred care.

The research was funded by a grant from the Women and Children’s Health Research Institute at the University of Alberta.