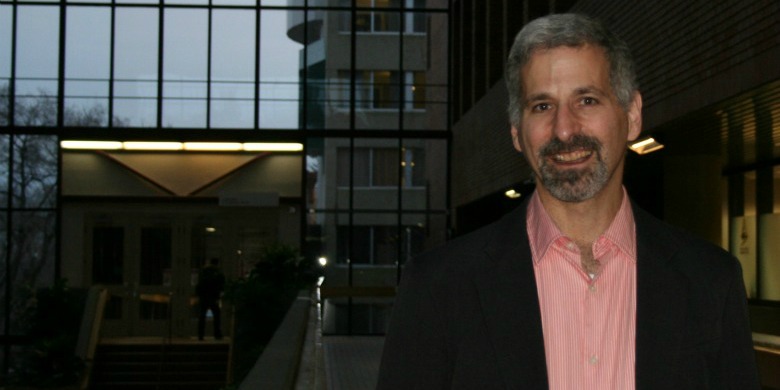 (Edmonton) During the festive season, online shoppers may think they’re getting a bargain when they click on promotional discount boxes or sign up for free trials for such things as Christmas cards, exercise tips or even e-dating. But one University of Alberta researcher warns that these online goodies may fatten of your credit card bill.

It’s called negative option billing, and it’s the topic of a case study that Alberta School of Business professor Paul Messinger and fellow researchers Yuanfang Lin and Sabrina Yan recently published in the Asia Pacific and Globalization Review. It’s also something that stung Messinger when he tried to save a couple of dollars by purchasing flowers online for his mother. Clicking a box to save 15 per cent inadvertently sent his card information to a third-party company that continued to charge a low-dollar monthly amount to his account, Messinger says.

“It looked like something I had allowed my daughter to bill, but after a certain period of time, I started to question it,” Messinger says. “I contacted the online flower company and they said ‘no, it’s a completely different company.’ Unbeknownst to me, they had handed off my information to the other party.”

The fine print: A test of reasonable expectation

Messinger says there are benefits to negative option billing, provided the consumer is aware of what he or she signed up for, especially when it comes to paying monthly utility bills. The challenge comes when people don’t realize they need to opt out, especially after a free trial offer. He says that people rarely read the fine print when clicking through screens and that’s where they will fall prey to unanticipated credit card withdrawals. He says when trying or buying a product online, there should be a reasonable expectation that an online consumer will not be burdened more than a regular store shopper would when entering into a financial transaction.

“The issue of what’s reasonable comes into play because on the web you have the possibility of displaying all sorts of conditions that no reasonable person can absorb in 60 seconds,” said Messinger. “There needs to be standards that take into account the cognitive limitations of people. It really is unreasonable to sell your soul just because you are buying (or trying) something online and you missed the fine print.”

While some laws in the U.S. and Canada have been enacted to disallow third-party handoffs and restrict certain opt-out practices, Messinger says that negative option billing is still a lucrative scheme that catches millions of people every year. He says that a Visa survey indicated that 29 per cent of American cardholders had unauthorized recurring card charges as a result of an online offer. So, the free, seven-day trial may seem like a good idea initially, but when the user forgets to opt out before the billing period commences, there’s nothing free about it.

Messinger advises that consumers need to be vigilant about checking their monthly statements because the amounts that negative option billing incurs are typically small enough to fly under the radar of most consumers. “These particular programs have been set up in such a way that there will be a fraction of people who won’t notice them for a couple of months,” he says, “and in the meantime, the company has made $30 from them.”

Messinger says that consumers need to consider offers carefully before clicking, reminding themselves that they must opt out almost immediately after opting in. They may even decide that the free-to-pay services aren’t worth the trouble. Further, he notes that regulatory bodies need to review and modify marketing standards to reflect a constantly growing and evolving e-marketplace.

“We have to set reasonable standards for online promotions,” he says. “The Canadian Marketing Association recommends standards of practice that err on the side of being very protective of consumers, but we need to apply those more rigorously and continue to adapt them to the times.”