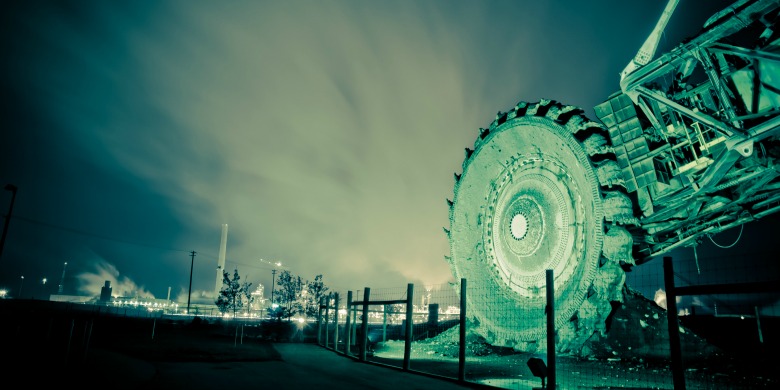 120907-petrocultures-banner
A group of researchers at the U of A is looking at the societal impact of energy issues from artistic and scientific points of view. (Photo: Andriko Lozowy)

(Edmonton) A relatively new research group at the University of Alberta is looking at the familiar topic of energy in a new light. Petrocultures is a group of researchers whose work explores the socio-cultural impact at the crossroads of oil energy and culture.

Their first public initiative was meant to establish a dialogue on the subject, but neither Imre Szeman nor Sheena Wilson, co-organizers of the conference that also bears the group’s name, could have predicted the swell of interest that followed their call for papers. That response has led to a meeting of kindred academic spirits, and to even greater opportunities for research and collaboration both within and beyond the confines of the University of Alberta.

“This wasn’t supposed to be such a large conference; we were having a small workshop,” said Wilson. “People are saying, ‘It’s like a family of people who are studying oil stuff.’”

Exploring the impact of oil on society: The birth of petrocultures

Szeman says the research cluster came together as a result of mutual research interests. As a cultural critic, Szeman says that living in Edmonton since 2009 forced him to explore the issue of energy and its impact and effect on culture. He was surprised to see that little of consequence had been written considering this commodity’s global importance. Wilson says that in discussing the topic, she proposed a better method of communicating the various events and research that seemed to be taking place on campus related to the topic.

“There seemed to both of us the opportunity to build a genuinely new area of research that made a lot of sense to be at the University of Alberta—that we could attract attention to the U of A but also contribute to research culture in Canada and internationally,” said Szeman. “We were successful with our application for one of the inaugural Kule Institute for Advanced Study research cluster grants, and it’s from that point forward that we began to plan for the conference.”

Living in a society engulfed in oil: The other inconvenient truth

The impact of oil on our society or in our own lives is not one that people often stop to ponder. Beyond the arguments for or against the oilsands, discussions on finding an alternative energy source or on the effects, pro and con, of oil in our lives, there lies the question of who we are because of oil and how our lives change as we move toward the time when oil is no longer the primary energy source. Szeman says that, judging from the researchers presenting at the conference or the many more who have contacted them, there would seem to be a growing number of social scientists and humanities researchers interested in looking at this “bigger picture” that ties oil and culture together. Our lives—from the cars we drive to the things we buy and even the products we use every day (makeup, water bottles)—all have links back to that precious non-renewable commodity.

“We’re at this transitional moment and we’re going to have these conversations about how things might be done differently or what things might look like in the future, but I think to do that, we have to see how things already look,” said Wilson. “We have to understand we live in a petroculture—how does that look, how has that shaped our lives—in order to understand how it might change. A lot of that discussion is seen as a criticism of the industry. I think it’s much more complicated than that.”

The petrocultural pipeline: Conduit for collaboration and exploration

The conference, which runs from Sept. 6–9 at Campus Saint-Jean, is hosting presenters from 12 countries. Wilson says the potential for research and collaboration with like-minded scholars is in the germination phase. “Right now, it’s about listening and hearing what people are talking about and finding out what people are interested in pursuing,” she said. Because oil is a commodity that has a global effect, it’s important to understand the perspectives of their colleagues who come from different realities and perceptions of oil from the Alberta context. And seeking to establish networks with researchers and institutions with similar goals—relationships beneficial to their group and the university—is an ideal outcome of this conference.

Beyond the relationships, though, one of the most beneficial results from this session will be the publication of some of the top research papers presented over the four days. Wilson cites the online journal, Imaginations, as another example of how the topic and the conference show the influence of artists and scientists alike. Though there may have been little subject-related research when Szeman began his search, it would appear now that the group has tapped into a deposit that will yield a considerable supply of material and opportunities—facts that please Szeman, Wilson and attendees.

“People are stopping us in the hall and saying thank you for organizing this, because I think people feel very isolated in what they’re doing,” said Wilson. “I think it’s really a turning point in how things will move forward in terms of the study oil and culture.

“Suddenly people will be aware of this as something that people legitimately study.”