Researcher looks at how Canadian political humour can create a sense of community but leave some groups feeling like the butt of the joke. 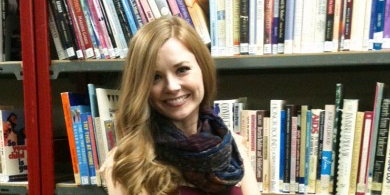 (Edmonton) A PhD student at the University of Alberta is taking a serious look at Canadian humour, and her research is revealing a cultural impact that goes far beyond a collective laugh.

Daisy Raphael, who is working on her doctorate in the Department of Political Science, is examining three iconic Canadian television shows—Royal Canadian Air Farce, This Hour Has 22 Minutes and Rick Mercer Report—in a study entitled “Belonging: Masculinity, Race, and Nation in Canadian Political Humour.”

Although some research has been done on the importance of humour in American politics (the stock in trade of comics such as Jon Stewart, Chris Rock and Wanda Sykes), and British politics (for example, Ali G and Beyond Westminster), there is a lack of research on quintessentially Canadian political humour and its impact on popular understandings of citizenship and belonging. Through her research, Raphael aims to fill this gap.

Under the supervision of professor Linda Trimble, Raphael is focusing on how Canadian political humour contributes to the formation of a national imagined community that includes certain groups—and excludes others. The research conceives of political humour not as mere comedy, but as a form of news or information about politics in a media-saturated culture in which boundaries between politics and entertainment are blurring. Citizens—especially young ones—increasingly get their news from comedy shows like Stewart’s The Daily Show or the CBC’s Mercer Report. Political humour has intense cultural and political power.

Getting the joke: Inclusion and exclusion

Canadians have a long and rich tradition of poking fun at themselves and their leaders. This has been a way of trying to form a national bond, because “getting the joke” involves sharing thoughts, experiences and ideas. But humour also involves exclusion, as anyone who has ever been the butt of a joke understands all too well. So when it comes to contemporary Canadian political humour, who is included in the idea of national identity, and who is the butt of the joke?

These are some of the questions that guide Raphael’s research. And the answers are significant for Canadians, in terms of understanding how important political humour is in shaping a sense of belonging, and of challenging Canadians to rethink how they see themselves in an officially multicultural society.

Raphael says her research is inspired by Trimble’s work on gender, politics, the media and representation, which influenced Raphael’s decision to pursue a doctorate at the U of A. Raphael is also a member of Trimble’s team on the Gendered Mediation Project, a study analyzing Globe and Mail coverage of candidates for Canadian national political parties over nearly 40 years. Raphael says being part of this major study has given her practical skills in designing a study, collecting and analyzing data, and synthesizing the findings into publishable articles.

That experience paid off in 2013, when Raphael’s research earned her the academic equivalent of a hat trick. She was awarded a three-year Vanier Canada Graduate Scholarship. She also won an Izaak Walton Killam Memorial Scholarship and a doctoral fellowship award from the Social Sciences and Humanities Research Council of Canada. Her exceptional year was capped off with a University of Alberta President’s Doctoral Prize of Distinction.

The Vanier award came during a difficult time for Raphael. In the fall of 2012, her dad, Julian “Doc” Raphael, a family physician in Lethbridge, was diagnosed with pancreatic cancer. “It was hard to find the motivation to keep going when the family was dealing with such devastating news,” she said. The Vanier scholarship enabled her to better balance family and research. Sadly, her father passed away at St. Michael’s Palliative Care Centre on Dec. 4, 2013. For Raphael, “receiving this scholarship and knowing that my department, the University of Alberta and the Vanier program see potential in my work has given me the motivation I need to keep going and complete my PhD, and to dedicate the majority of my time to my research. In that sense, this award is priceless to me.”