It turns out that if you can easily see how to neatly and cheaply incorporate this NDR effect into existing electronic transistors, you can make smaller, faster, cheaper devices. 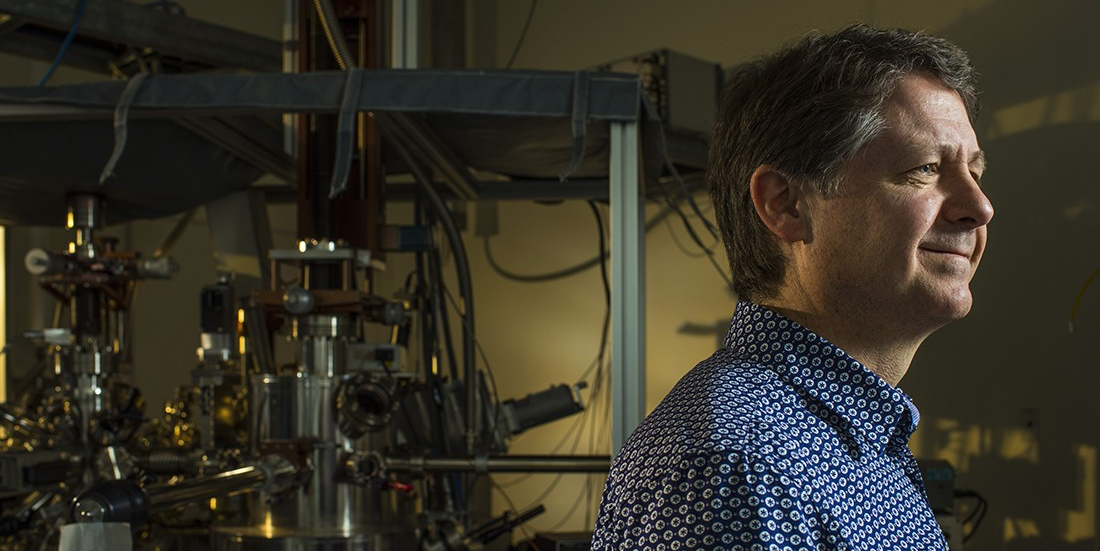 With a storied history that includes more than a half-century of research, a Nobel Prize, and multiple attempts at practical applications, the story of negative differential resistance—or NDR—reads like a scientific mystery, a mystery that University of Alberta physicists have at last succeeded in unraveling.

What does this mean? An opportunity to combine the knowledge with existing technology to create faster, cheaper, and smaller electronic devices, a boon to the continued boom of the digital era.

The mystery of nanotechnology

NDR is an odd effect. We can imagine it by thinking of water being pushed through a hose. The greater the pressure, the faster the flow. Electrons in a wire act similarly, except voltage is applied instead of pressure to induce flow. With water, increased pressure equals increased flow, but in special circumstances with electricity, there is sometimes a backwards and counterintuitive effect where flow slows: this is negative differential resistance.

The first attempt at a practical application for NDR, the Esaki Diode, named for inventor Japanese physicist Leo Esaki, was received in the 1950s with great excitement, some even proclaiming it to be more important than the transistor. The work was awarded a Nobel Prize. Soon after it became clear that mass production was too difficult, the once-heralded device was relegated to niche applications.

Replicating the NDR effect in a way that could be widely deployed remained an enticing goal. Alternatives to the Esaki Diode were found, but those too resisted mass production. The advent of scanning tunneling microscopes in the ‘80s and the access they provide to nanoscale material properties led to tantalizing NDR signatures from atom-scale structural irregularities in silicon. Excitement was re-kindled, but adequate understanding and manufacturability remained elusive.

Fast forward to the present, and a team of physicists led by Robert Wolkow from the University of Alberta have now discovered the precise atomic structure that gives rise to NDR. Furthermore, by accounting for the particular rules quantum mechanics enforces for electron flow through a single atom, Wolkow’s colleague, theoretical physicist Joseph Maciejko, has succeeded in accounting for the at-first perplexing reduction in current with increasing voltage. These results point the way to practical and lucrative applications in everyday electronics such as phones and computers.

“It turns out that if you can easily see how to neatly and cheaply incorporate this NDR effect into existing electronic transistors, you can make smaller, faster, cheaper devices,” says Wolkow. “The value of a hybrid transistor/NDR circuit has been known for decades, but no one has been able to do it efficiently or cheaply enough to make it worthwhile.

“Over the years, people have published papers on variants of the same atom-scale effect. Unfortunately, the riddle of the structure and its properties was never solved. But we now know exactly why it happens, we know exactly what constituents need to be there for it to be controlled. We have defined the exact atomic structure that gives rise to NDR, and luckily it is easy to make.  As well, we have finally elucidated the mechanism at play–or should I say at work.”

Wolkow explains that there’s now a very realistic potential to combine this NDR phenomenon with everyday electronics in a practical, affordable way, an advance potentially worth billions for the technology industry.

“Negative Resistance with a Single Atom” was published December 30 in Physical Review Letters.