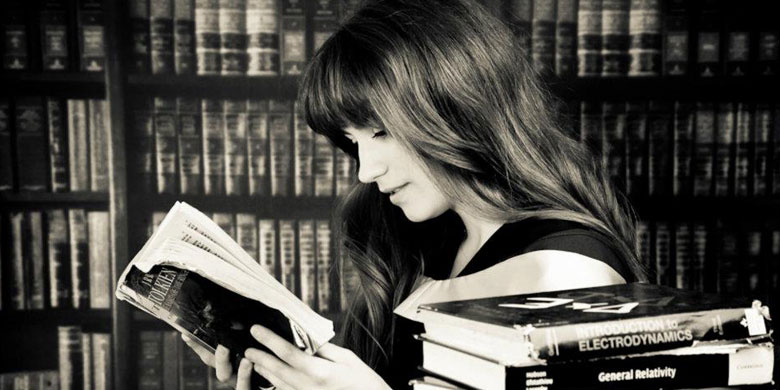 (Edmonton) Megan Engel, an honours astrophysics grad from the U of A and now a master’s student in biophysics, has just been awarded a prestigious Rhodes Scholarship, the fulfilment of a goal she set for herself when she was 15.

“J.R.R. Tolkien is my hero. I’ve been profoundly influenced by his writing, and when I found out he studied and taught at Oxford, I wanted to follow in his footsteps,” said Engel. “Tolkien saw creativity and art as acts of discovery and that our most important human duty is to use our gifts to their utmost potential, ideas that have stayed with me."

This must have resonated with Engel, because at 15 she was already living by that principle, which her father first introduced. “I was lucky when I grew up. My dad, Kevin Engel, a high-school physics teacher, was always so excited about physics and what it means to the world. He explained that when Newton theorized about gravity, he created a revolution, and when Einstein theorized about general relativity, he revolutionized a revolution.”

The challenge of understanding deep design principles continues to hold her captive. “The creative process of research galvanized my desire for an academic career. Pulling apart a single molecule held in the vise of a beam of light reinforced my awe of the universe and my faith in God,” Engel said. And when she begins her PhD in the fall of 2013, she’s going to continue pushing her talents to their limits by exploring the design principles in nature to guide the way for advances in energy research.

She credits her success to the holistic education she has received, the incredible facilities at the U of A and the National Institute for Nanotechnology, and her professors and advisors who have guided and inspired her to achieve her long-cherished dream. She says her next big goal is to one day earn a faculty position at the U of A so that she can continue her research, volunteering and outreach, through programs such as WISEST. She also plans to return to The Last Alliance: the University of Alberta Tolkien Society, unique in Canada, which she co-founded on the U of A campus in 2009.

The Rhodes Scholarships were established in 1903 in the will of Cecil Rhodes and are considered among the most prestigious graduate scholarships in the world. According to the Rhodes Trust, “Rhodes Scholarship selection committees will be seeking young women and men of outstanding intellect, character, leadership and commitment to service. The Rhodes Scholarships support students who demonstrate a strong propensity to emerge as 'leaders for the world’s future.'“