Pigeons and people play the odds when rewards are higher

Deciding whether to take a risk or play it safe may be hard-wired in evolution, study shows. 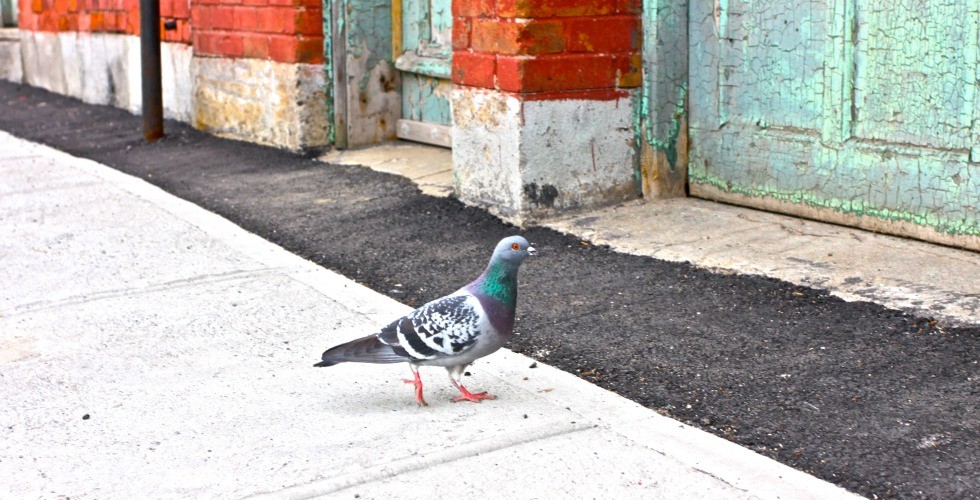 Which door would you choose? In an experiment, pigeons showed a remarkable similarity to humans when deciding whether to choose a guaranteed payoff or take a 50/50 chance at a higher reward. (Photo: Wikimedia Commons)

(Edmonton) If you were weighing the risks, would you choose to receive a guaranteed $100, or take a 50/50 chance of winning either $200 or nothing? Researchers at the University of Alberta have shown that your decision will depend on how the odds are presented to you, and that the factors driving this choice may even be consistent across species.

“Most people take the $100 rather than flipping a coin to try for $200—but only if the scenario is described to them. If people have to learn these same odds from experience, most people choose to take the risk," says Marcia Spetch, professor in the Department of Psychology. "This is an interesting dissociation because learning through trial and error rather than description more closely mimics many real-world scenarios, such as slot-machine gambling, and it’s also how other animals learn about risk in nature.”

In a study recently published in Biology Letters, Spetch and her colleagues found that when learning through experience, people are more risk-seeking for high-value rather than low-value rewards. What’s more, they found remarkably similar results using the same paradigm in pigeons, suggesting that our evaluation of risk may be hard-wired in evolution.

In the experiment, humans and pigeons chose between pairs of doors hiding rewards—points for humans and food for pigeons. Choosing a "fixed" door yielded the same reward every time, whereas choosing a "risky" door meant a 50/50 chance of more or less reward. The size of the rewards varied across trials—sometimes both fixed and risky doors gave high-value rewards, and sometimes they both gave low-value rewards. The colour of each door indicated its rewards and odds, and participants learned through trial and error.

“This concordance between pigeons and people suggests that risk evaluation may be driven by fundamental mechanisms that we share with other animals, rather than being caused only by uniquely human factors such as reasoning, culture or education. Birds and mammals diverged a long time ago, so these results might suggest that risky choices are influenced by evolutionarily ancient processes, or may be the result of ubiquitous environmental pressures.”

So why do higher-value rewards make us more likely to take a risk? The answer might be that memory biases come into play when we learn through experience.

“We’ve actually shown that people overestimate the frequency of the best and worst outcomes of a particular experience—in this case, the winning reward for the highest-value risky choice and the losing reward for the low-value risky choice," notes Spetch. "Over-remembering these extremes makes people risk-seeking for the high-value choices and risk-averse for the low-value choices.”

As for pigeons? Spetch points out that it’s entirely possible that pigeons have the same memory bias, but providing evidence for this theory is more difficult.

“In people we assess memory bias by giving them questionnaires asking them to estimate the frequency of certain outcomes. We obviously can’t give those same kinds of tests to the pigeons, so we have to come up with different methods for determining whether they are over-weighting the extreme outcomes.”

Whether it’s deciding between feeding the parking meter or risking a ticket, or deciding where to forage for food, both humans and animals encounter choices involving risk in everyday life. Spetch suggests that a greater understanding of the mechanisms behind the choice to play it safe or take a chance may provide insight into everything from everyday decision-making to problem gambling behaviour.

“Memory biases appear to be a fundamental element of choice behaviour, but our ability to estimate odds may be even further impaired in environments like casinos, where wins are accompanied by bells and whistles but losses pass by with little fanfare”.

In future studies, the researchers plan to compare choice behaviour in people who often gamble with those who do not gamble. They will also combine this task with functional magnetic resonance imaging (fMRI) to examine brain areas involved with risk evaluation and memory bias.

This work was conducted in collaboration with Elliot Ludvig of the University of Warwick and U of A graduate students Christopher Madan and Jeffery Pisklak. Funding was provided by the Alberta Gambling Research Institute and the Natural Sciences and Engineering Research Council of Canada.

Pigeons and people play the odds when rewards are higher
Newsroom